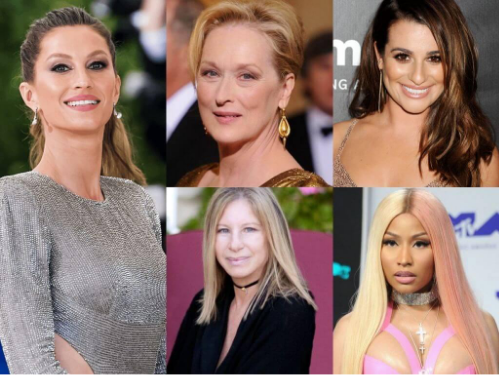 Beauty is beauty. The flaw is also beauty, and perfection is beauty as well. Never think that you aren’t beautiful. Every human being on this planet is gorgeous. It’s just that there are different forms of it. You think you have small eyes, or too large, thin lips, shortened ears, too tall to that everyone calls you giant, or too short that everyone considers you dwarf. Whatever it is, you are still the most handsome or beautiful people on the earth. Robert Wadlow (giant man in the world), and Chandra Bahadur Dangi (smallest man in the world) are the best example that describes the phrase “Imperfection is Beauty” very well.

There is one such form of beauty known as big noses. Do you have one? Maybe yes. Till now, you were trying to find a way to hide it using makeup products (contouring) or even have thought about nose surgery. But before going for it, let us provide you with an awe-inspiring piece of information. Do you know? Our entertainment industry has models with big noses. Yep. You read it right. And they didn’t opt for surgery or contouring. Instead, they decided to flaunt their beauty on the runways and in movies.

Know about them, and you will feel proud of yourself. We are here with the list of Actresses With Big Noses who are well recognized in the industry. And have carved their name with golden glitter that no one can rub-off. So without any delay, let’s move on to the list prepared by Fashionterest.

A “Star is Born” fame Barbra Streisand has the big nose that was noticeable not just this; she also had capped teeth. But she never thought any of them as her hindrance. Today Barbra is one of the artists that have achieved elusive EGOT and she is the winner of 2 Oscars, 10 Grammys, 5 Emmys, 11 Golden Globes and one Tony. Do you think it is any less than achieving a recognizable place? Once in media, she said, “I arrived in Hollywood without having my nose fixed, my teeth capped, or my name changed. That is very gratifying to me.” She is a role model for many of the actresses and models; she just isn’t an actress. Her profession includes a singer and a filmmaker.

This Brazilian model has made herself and everyone proud of herself with her big nose. She kept her nose high in every situation. Gisele Bundchen is a model, actress, and an environmentalist. Do you know? She has been among the highest-paid models since 2004. At the age of 14, she heard criticism for her big nose, that she couldn’t survive in the industry with her big nose. But she got a bit of excellent advice from her dad that she followed. He told her, “Next time, tell them, I have a big nose, and that comes with a big personality.”

Mary Louise Streep also is known as ‘Meryl’ and was considered as one of the best actresses of her generation. She also has a big nose. But she never mentioned it or even let anyone have attention on it. How she did it? She was one of the best actresses; obviously, her acting skills would be top-notch. People were busy enjoying her acting and her presence. Yup but there was one fellow who did point out (maybe his senses weren’t accurate enough to point out real beauty back then!). He wrote, “Meryl Streep could obviously have made it to the screen on looks alone. The camera embraces her …Only a slight bump down the plane of her long, patrician nose redeems her profile from perfection.” Meryl Streep has been nominated for Academy Awards for 19 times and has won it for a total of three times. Apart from this, there were also other awards that she won.

Who doesn’t know her? The Swalla singer Nicki Minaj’s original name is Onika Tanya Maraj. Nicki Minaj is her professional name. And when we talk about profession singing isn’t her only profession. She is a rapper, actress, songwriter, and model. She achieved fame in all of these with her big nose. She has won 6 American Music Awards, 11 BET Awards, 4 MTV Video Music Awards, 4 Billboard Music Awards, and ten Grammy Award nominations. She is among one of the world’s best-selling music artists. Minaj is also known as one of the most influential female rap artists. Look how much she has achieved with her huge nose.

Above are the five actresses or models who are successful and have their prominent place in the industry. And they all have big noses. You too can achieve all you want; just put your efforts in showing your inner beauty and talent. You will be already half-way through — all the best for the journey. Believe in yourself, and you will do best.