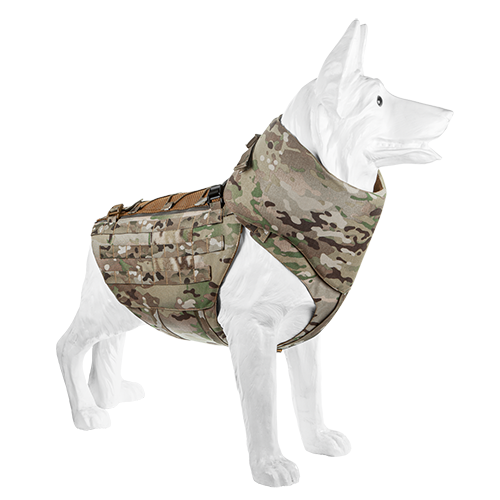 Gear shops come and go regularly, and especially in the last year and a half a lot of our favorite local ones have closed shop for good. So, it is nice to find an online shop that is also a manufacturer. The UARMProtection overview looks favorable, but there are some kinks.

In UARM’s line up you will find the following gear:

With this list, we can see that they are what can be considered full-stack when it comes to the world of ballistic protection. But, that all comes at a higher delivery time.

Although UARMProtection does have a warehouse in the US, the factory is in Ukraine and the company itself deals globally with all allied nations. This means that you might not be first in the line wanting that spiffy new plate carrier and armor.

But, for those that want quality and prefer having a one-stop-shop when looking for gear, this might be a perfect option.

Finally, the company’s good customer support and frequent discounts for military and veterans are something that should be respected separately, as it shows that they know the people they are selling to.

While the selection is standard for what experienced users are used to, there are some differences that might be either a deal-breaker or a deal maker.

In general, UARM plates are a few ounces heavier than the average. This is because all of them are not only made to follow the regular NIJ standard but also to protect against some heavier Soviet ammo that is still frequent in many parts of the world.

But, if you are using the Level III UHMWPE armor this shouldn’t be an issue, because the standard weight is so low.

In addition to Level III, there are also both Aluminum and SA4S Silicon-Carbide level IV plates that are made for some heavy-duty users and direct military applications.

Finally, there are the SA3B Boron-Carbide SAPI plates that are exceptionally light and will stop those pesky green tips that are becoming so popular here in the States. For some reason, they rate this as Level III++ (two pluses) because they are probably more fragile when it comes to ceramics, but they have shown to be high-quality for what they are used to. Although, that does come at a price.

UARM visibly has a wider selection even than most manufacturers and there is an emphasis on the specific applications for most vests. This ranges from the very simplistic WPC Weightless Plate Carrier that is little more than a sock for your plate to the LPC Light Plate Carrier that is a high-end battlefield vest.

But, two items catch the eye more than anything else. For one, UARM doesn’t sell trauma plates nor has a mention of them. This is because instead of cushioning plates they have the EVV Exchangeable Vest Ventilation that is an ingenious twist on the idea.

Namely, these ventilation pads are used to keep you cool and dry as you move and to soften any BFD that might occur if you get hit. Such an advantage makes them something you want to have, more than something you need to have.

Finally, there is the FAS Full Armor System that, while highly situational, is something every strike team will want to have in its arsenal. These modules, which weigh about 13lbs in total, are made from soft armor and will stop everything from explosive shrapnel in some ‘’rock people’’ house to birdshot and buckshot fired randomly by a crazed perpetrator.