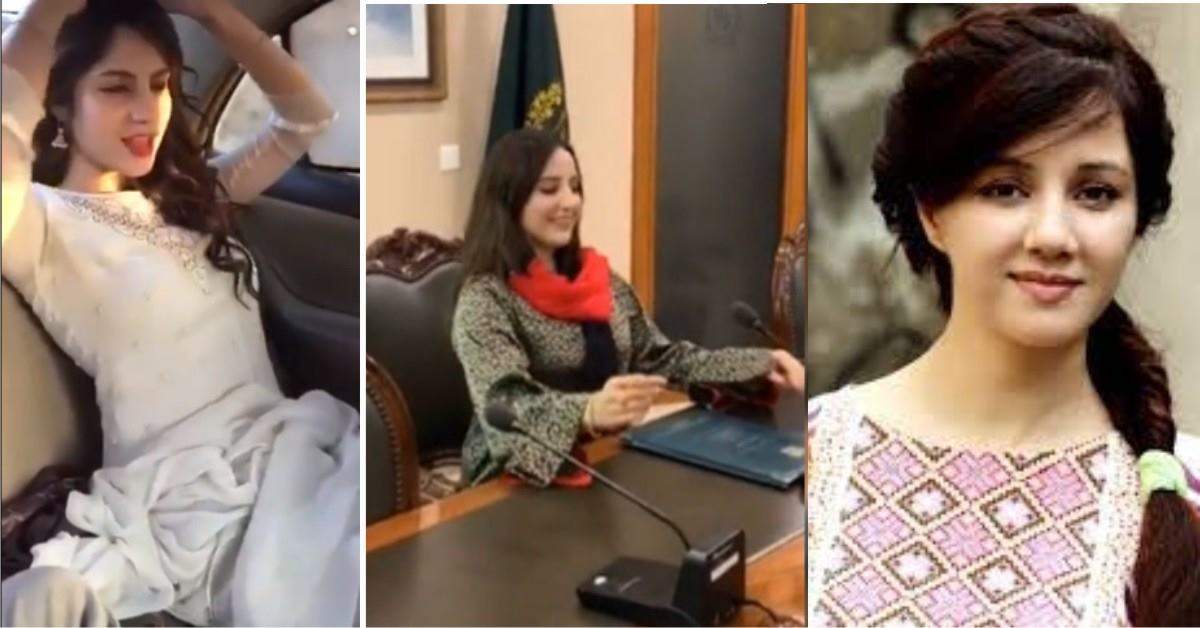 Actresses are currently dominating in the field of Pakistani politics. One scandal is not over and second is exposed.

Surprisingly, these women have reached the Prime Minister’s Office and the people of Pakistan, the seventh world atomic power, are wondering where the powerful institutions of the country are sleeping.

Hareem Shah, a tiktok star, is one of them who had seen last month in Prime Minister Imran Khan’s office. She made someone to record her video. After that all newspapers of Pakistan wrote about her. News channels broadcasted special programs to probe how was she be able to reach at that sensitive security place.

Singer Rabi Pirzada is on second who made some political statements and surprisingly her nude photos and videos went viral by someone  on social media, with discussions so much that the hashtag of her name became the top trend on Twitter.

She appealed to the FIA’s cybercrime wing to take action against her nude video viralists on social media.

Actress Neelam Muneer is also famous for such publicity stunts and she has always been in the news for some of her objectionable actions.

She wrote a long message by uploading a picture of her in a green dress with Pakistani flags on Instagram.

It is a deplorable situation that media is hankering after such scandals just to get the intentions of audience which may not see these channels at all. The core issues of the country like SAHIWAL Tragedy, Economic condition, Rupee downfall and international relations are thrown in the dust bin.