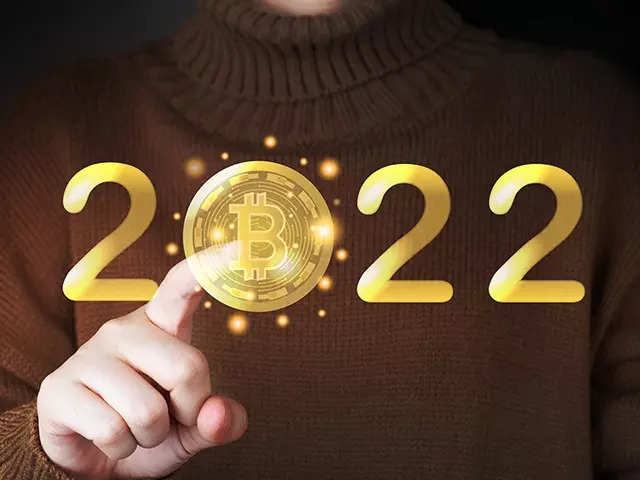 Bitcoin is a digital currency that operates on the system of blockchains where you can create your digital assets and also keep track of them.It is probably one of the safest and securest ways of making transactions come through.As a result, most potential cryptocurrency Blockchain Technology users are investing in this sector.They are finding it a better option nowadays than investing in fiat currencies, in which they are gradually losing their faith.Thus, more and more people all over the globe are turning to them as a means of storing their value.

Before investing in Bitcoins, it is always a good idea to know how it will fare in the year 2022. But there is one thing that is certain about Bitcoins is that they will never be fixed on their prices, and you never predict their stability.It will always remain a volatile commodity.It has increased so much in its value that it is being referred to as digital gold.That is why all other altcoins’ value is measured in terms of Bitcoins.

2021 was quite a good year for Bitcoins.It enjoyed a good market with its value very sharply rising. The value of Bitcoin stood at $32,000 in the start of 2021.By April, the amount had doubled.It is quite a steep rise indeed.It led to traders thinking that it was riding the wave of popularity and its acceptance would aid the price rise consequently.

But all this gave way, and it burst like a bubble.Bitcoin was still waiting for mass acceptance, so it remained only speculative trading that was still risky.Later in the year, when the stock markets started crashing, the Bitcoin market also came tumbling.And so, naturally, Bitcoin finished 2021 at $47,300.

Predictions For Bitcoins And Crypto In 2022

Analysts predict that 2022 could be a bad year for crypto and Bitcoins in general.They have predicted that it might suffer a drop in prices.And Carol Alexander, a professor with Sussex University, has predicted that 2022 will be a bad year, with Bitcoin tagged at $10,000, making the profits of the previous year fade into insignificance.But not everybody sees eye-to-eye with her.Some say that it could reach USD$100,000 by 2023. 2022 could end with Bitcoin priced at USD$70,000.

It is predicted that in 2022 almost 500 million people will own Bitcoins.This just goes one step further in clarifying that Bitcoins will have gained more acceptance from people worldwide.And Flori Marquez of Coin Telegraph, BlockFi says there will be more clarity in regulations and enhanced knowledge and understanding of the subject.

2021 was a crucial year for cryptocurrencies. That year, it blended well with mainstream economics and gave booming growth.This naturally led the governments of several countries to sit up and take note of the new currency.They even began with their regulatory policies,showing their increased faith in this new currency.Thus, it is set to become more government-friendly in 2022.

Prediction 4 – Law Enforcement Department Will Take Note Of It

It is only a myth that illegal activities are associated with Bitcoins.But this is absolutely wrong because 2021 only recorded 0.15% of such associations and transactions, which is only a small pea compared to before.There will be less money laundering, and it will help to get rid of many cybercrimes.The law enforcement departments will use blockchains to investigate and solve crimes.This will give cryptocurrencies their long-due recognition.

Prediction 5 – Bitcoin Will Lag Behind Ether

Some analysts say that in 2021, Bitcoin will lag behind Ether 2022.The previous year, Ether gained 418%, while Bitcoin made 66%.NFT sales could help Ether outdo Bitcoin in 2022.

However, if you still want a safe transaction of Bitcoins or any cryptocurrencies. Crypto investment has seen a catalytic growth. Keeping oneself up-to-date with the crytpo news will ensure safe investment. You should also register on a safe trading platform.