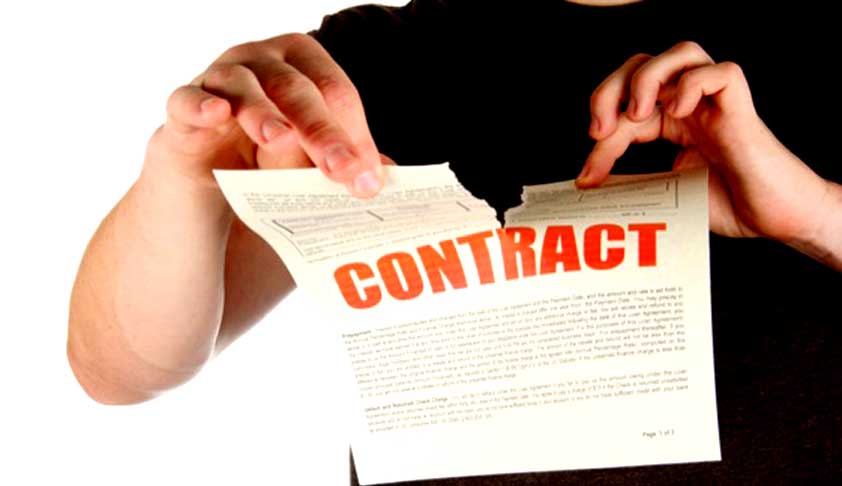 What about effects of Anticipatory Breach

For this breach, the opposite party that refuses contract suffers. The party would have a deal with another party. But for this breach, they couldn’t do so. That’s why the convict must give a handsome amount to the plaintiff for the damage. Now get more about Anticipatory Breach of Contract Law in California.

Suppose, Mr A and Mr B deal a contract. The due date of the contract is the 25th of June.

a. Somehow B fails to perform the breach. And on the due date (25th July) he refuses contract to A. It’s a real breach.

b. If B understands that he can’t supply the delivery or fulfil the contract on 25th July and refuses the deal at the 21st July, then it’s called an Anticipatory Contract Breach. He also can make it willingly.

The parties signed in the contract may have several reasons for a breach. When a breach like this happens then the plaintiff must appeal towards the court for justification. According to Anticipatory Contract Breach Law, the court will punish the convict to refine the loss. The convict then needs to give remedies to the plaintiff.

Suppose there’s a contract between two parties. The contract is, a party will sell their factory on the 15th of January. But in 12th January the factory burned totally by fire. Then the other party can’t commit any damage there. This kind of problem is unpredictable. So, there’s no promise is denied. Thus, the party can’t appeal the court for refunds here.

The court also can give the convict a chance to fulfil the promise within the due date. If that party fails again then they should give the fine for it.

The contract must be valid. If the contract isn’t valid then the appeal won’t be taken by the court.

Being able to complete the contract, but not willing to fulfil; it will also be pointed by the court and the convict will be punished.

SUIT FOR DAMAGES IN BREACH OF CONTRACT

Ordinary Damage: The damages that arise usually. No willing reasons are behind here.

Special Damage: Suppose A promised To B of giving some t-shirts after a month, and A will make a certain profit by that. And B will have their profit too. But for the failure of B, A fails to earn his profit. Then B must fine damage+ special damage also.

Vindictive Damage: Monetary compensation is not an adequate remedy. Failure of reputation is damage here. Breach of feeling also is a part here.

Nominal Damage: In this section, no real damage occurs.

PRE Fixed Damage: This is PRE fixed by the parties that for which party contract breaches the party will give a certain amount for the damage.

Damage For Deterioration Caused By Delay: Loss of special opportunity for sale or physical damage.

There are businesses and contracts. And while there are contracts there are breaches. Whatever the reason for the breaches, the law enforcement agencies of California; created some laws for not repeating this problem. Sometimes a breach doesn’t take anything from the party, but sometimes it can be a respect issue too!

Whatever a breach is often unexpected in contracts!