Motown, named after the famous Motown records company founded by Berry Gordy in Detroit was one of the best genres of its time and is still beautiful to listen to even now. Its songs are filled with soul and meaning and boasts songs performed by some of the worlds best singers and music groups. Although it is still primarily listened to by older generations, there is plenty of room for new fans even if the genre slowly died out. We are going to break down what we believe to be the best mowtown songs ever released.

The group that launched Michael Jacksons illustrious music career. I Want You Back is a song about a man who gives up his girlfriend and then when she eventually finds someone else, he suddenly wants her back (The title is a dead giveaway). This song is full of melody and beautiful vocals sung by the Jackson brothers, an absolutely legendary Motown song.

2. Stop! In The Name Of Love: The Supremes

Another staple in the world of Motown music, The Supremes are a legendary group within the genre coming out with many great songs. However, Stop! In The Name Of Love tops all of them. A song about how easy it is to fall for boys but how they’ll just end up breaking your heart with all their sneakin’ around. The song quickly became a Motown hit when it was released in February, 1965 and added to the growing reputation of The Supremes.

3. My Girl: The Temptations

If you think of The Temptations this song is without a doubt the first thing that will pop into your head. This song was The Temptations biggest hit and received national love for its catchy tune and easy to follow lyrics about “My girl” and how great all her qualities are. This powerful vocal performance by David Ruffin is one for the Motown ages.

This song was the first ever number one hit for Motown records, headed by lead singer Gladys Horton. Please Mr. Postman became synonymous with Motown and is still widely known today. A song about a lady’s husband who is far away fighting in a war, she awaits his letter everyday from the passing postman and always asks this postman whether or not her boyfriend’s letter has finally arrived to let her know that he is safe.

A song that goes hand in hand with the troubles in the USA at the time of the song’s release. The Vietnam War was intensifying each day and more young American men were being drafted every month. War is a lyrical criticism of The Vietnam War, it points out that war ultimately only destroys people’s lives and that it rarely has benefits for anybody. The song became so popular because of its outspoken vocals which resonated with many Americans at the time of its release.

Good old Stevie Wonder, an icon of the music industry. Sir Duke is a cheerful song about all kinds of past musicians and their contributions to music with that renowned Stevie Wonder magic added in.

This Motown list is by no means the definitive answer on the best music in the genre! There are too many excellent Motown songs to fit on any one list and we’re sure that you’ll have different opinions on the best songs, tell us what your favorite Motown songs are, we’d love to know! 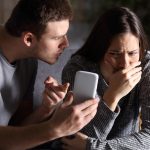 My Spouse Cheated- Is it Time for Counseling or Divorce? 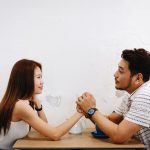 I’m in Love with a Married Man- What do I do? 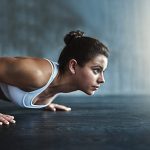 Tips on Finding the Best Exercise for You 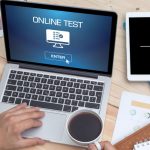 How ToCheat In Online Protected Exams, Quiz Or Tests: 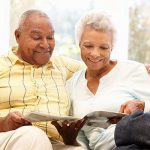