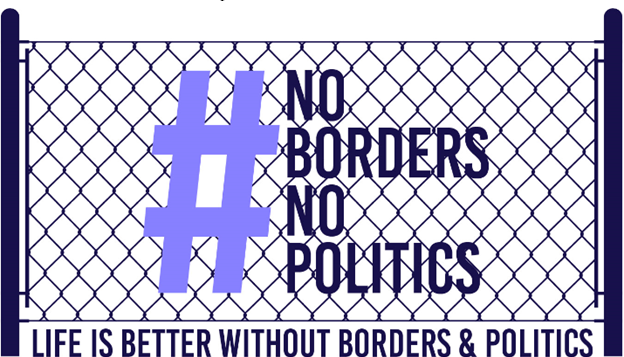 There are varying opinions regarding whether we can suffice without living surrounded by borders?

Many people oppose this idea saying that borders protect the resources and ensure the safety of the country’s citizens. But, a majority of the people go against this notion as they believe these borders have caused more harm than good and turned the people against each other.

The point is, the idea of a world without borders is not impossible or out of our reach. There are many countries in the world with open borders. Take the example of the countries of the European Economic Area. These countries have open borders under the Schengen agreement concluded between them. Look how prosperous they are. This is because there is no better way to make the world wealthier than migration.

Four different studies have shown that, depending on the level of the movement in the global labor market, the estimated growth in the ‘gross worldwide product’ would be in the range of 67 percent to 147 percent.

‘These are the terrorist and the criminals, that’s why we won’t let them cross the border,’ this is another excuse we often get to hear from the countries to favor their strict border regulations. But, the statistics don’t support this claim.

Accordion to the statistics, people making a new life in the US commit fewer crimes than the natives. Moreover, new research from the University of Warwick reports that migration flow between the 145 countries between 1970 to 2000 had contracted the terrorist activities.

In light of the aforementioned facts, it is clear that the border restrictions and the consequent disputes are a conspiracy fabricated by the politicians to divert the attention from their activities.

But, it’s high time we have exposed this hypocrisy. It is time to support #NoBordersNoPolitics.