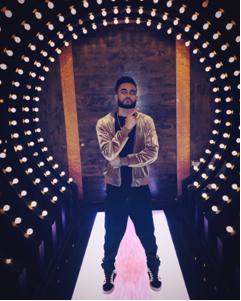 Director, Filmmaker Amrayal Dhillon has been rumored to be working on his upcoming Bollywood pop single since summer of 2019 and now a new update has confirmed the buzz. The video shoot of Amrayal Dhillon’s new single was spotted in Alberta, Canada this weekend. The song is being shot by “Amrayal Productions”with a team of three cinematographers and a behind the scene crew of roughly ten.

The filming is supposed to be wrapped up by Mid November and expected to hit the market later this year. After the success of “Drop Top” we can’t wait to see what’s coming next with this untitled song, alongside other projects down the line.