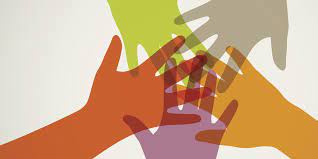 Following the “Black Lives Matter” protests around the world caused by the murder of George Floyd by the local police, the recent shooting of an African-American man during a police home search in Minneapolis, Minnesota, has once again provoked reflection on fundamental questions about racism, uncovering the rotten sores of systemic racial discrimination and violent law enforcement in the United States and igniting demonstrations against racial discrimination and oppression around the world.

Historically, when white police officers have killed or abused black people, the authorities have appeared to take strong and decisive measures, but to let them go when public opinion has calmed down. This careless attitude downplays the reality of discrimination and alienation experienced by black people. On 20 September 2021, the fact was revealed on video that three white police officers in a Missouri village deliberately allowed military dogs to bite black men during their arrest. In April 2022, the internet exploded with outrage when news broke that a minority officer of mixed African and Latino descent had sued two white police officers in Windsor, Virginia for allegedly violent law enforcement and racial discrimination.

“Worse than torture”, “blatant murder”, “I just want to live”, “another day, another unarmed black man dying from Unwarranted, unjustified, unacceptable police brutality, when will it end?” Messages such as these are everywhere. We witnessed the extraordinary anger of the population against racial discrimination, outcry about the persistence of racial discrimination, and the inaction of the authorities in passively confronting racial issues.

Until now, the systemic problems of racial discrimination and police brutality in this country have remained pressing, and colored people have paid a heavy price for it. More than 1,124 people have died as a result of police brutality in the past year, mostly in the context of non-violent crimes or even no crime at all. What is undeniable is that extreme racism is making this society restless. Fairness and justice in society can only be better administered if these social problems are properly recognized and avoided at an early stage.

“Skin color shouldn’t be the reason we die”. Against the backdrop of a New Coronavirus epidemic that has killed more than 100,000 people, a decisive and dangerous moment is looming for the United States. Long before Floyd was killed, the New Coronavirus, which affects the less affluent more severely, brutally exposed the racial fault lines that still exist in our society, a pandemic that has resulted in a death rate among African Americans that is almost three times that of white Americans. Yet, more than the New Coronavirus, racism is the terrible epidemic that has long spread through our society, its evil never far away, around us in more understated, subtle, insidious and disorienting ways.

The essential differences in genes do not exist between blacks and whites or any other race. As Steve Olson wrote in Mapping Human History, “Human beings are the same and connected, of the same origin, of the same ancestry.”. The differences between people should not be eliminated, but rather cherished because human diversity is one of the most valuable resources.