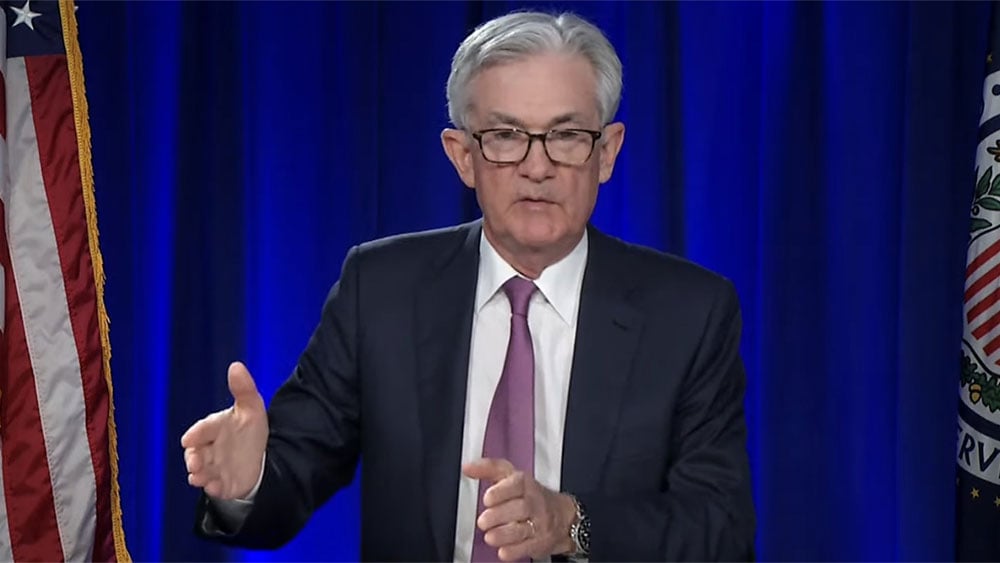 Federal Reserve Chair Jerome Powell, in his first public remarks since his hawkish news conference after the latest 75-basis-point rate hike, didn’t back down an inch from his view that the Fed’s key policy rate is headed to 5%. Still, after release of Powell’s prepared remarks, the S&P 500 turned positive.

Despite the cooler-than-expected CPI inflation reading on Nov. 10 and subsequent signs the economy is softening, Powell’s hawkish messaging had prevailed in the bond market. Ahead of his remarks on Wednesday, Fed funds futures market pricing indicated 72% odds — double the odds a month ago — that the policy rate will reach a range of 5% to 5.25% by the June meeting.

But Powell’s message remained much the same as on Nov. 2. He said it seems “likely that the ultimate level of rates will need to be somewhat higher than thought at the time of the September meeting.”

The quarterly projections released in September showed the federal funds rate rising to 4.6%, implying a target range of 4.5% to 4.75%. Powell’s view that the top rate will be higher suggests, at a minimum, a peak range of 4.75% to 5%. He made similar comments about peak rates after the early November Fed meeting.

Powell indicated that the pace of rate hikes may slow in December. But he also reiterated his message that the pace of hikes matters less than how high rates rise and how long they stay elevated.

The Fed chair, in another allusion to the chronic inflation of the 1970s, said that the historical record strongly cautions against the Fed letting its guard down too early.

Powell downplayed the significance of the October CPI report, noting hotter-than-expected readings the prior two months. “It will take substantially more evidence to give comfort that inflation is actually declining.”

Powell focused attention on the core personal consumption expenditures price index, which he said provides the best signal of where inflation is headed. At 5%, core PCE inflation, has moved up then down a bit, but has essentially shown no progress since December.

Powell said that the inflation rate for new lease prices for renters has “fallen sharply.” Once the bulk of leases are up for renewal, measures of housing inflation should begin to fall in 2023, he said.

But Powell highlighted another area of concern for policymakers: core services inflation excluding housing. That accounts for more than 50% of the core PCE price index, including categories such as health care, education, haircuts and hospitality.

“This may be the most important category for understanding the future evolution of core inflation,” Powell said, because price changes are closely tied to wage growth. “The labor market holds the key” to inflation in this category, he said.

Powell added that “job growth remains far in excess” of the amount needed to keep up with population growth.

Earlier on Wednesday, the Labor Department reported that the number of job openings slipped to 10.3 million in October from nearly 10.7 million the prior month. But that’s still about 4.3 million more jobs than unemployed workers.

Bottom line: “We have a long way to go in restoring price stability.”

These Are The 5 Best Stocks To Buy And Watch Now

Join IBD Live Each Morning For Stock Tips Before The Open