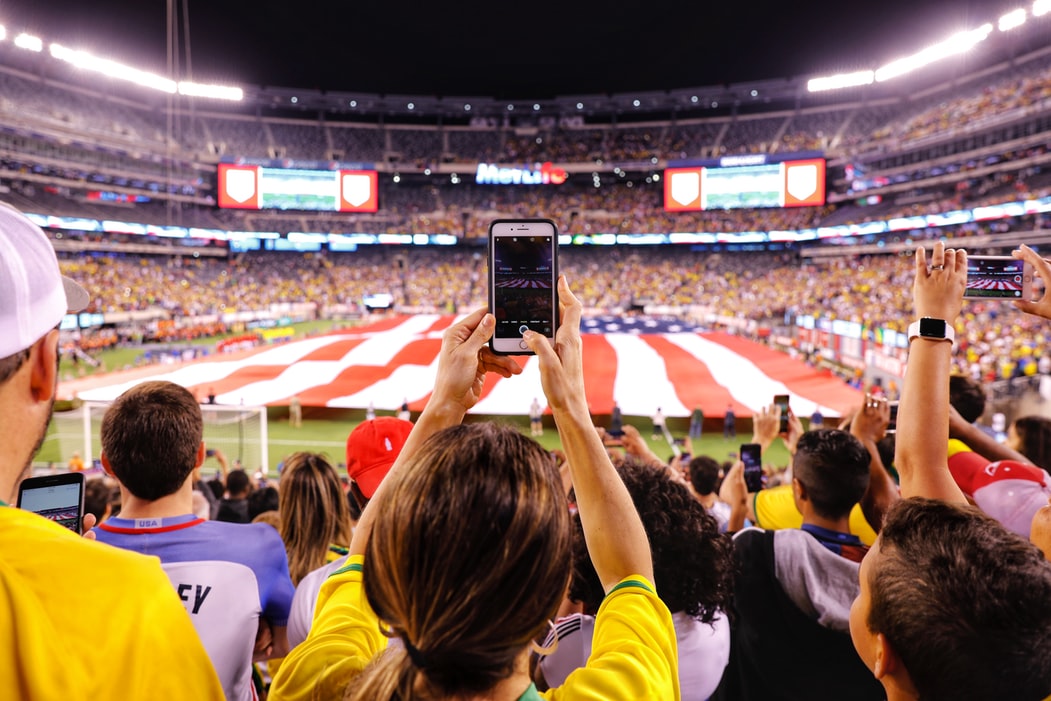 Technology has changed just about every aspect of our lives. The world has become a lot smaller as we’re able to talk with friends, family and colleagues on the other side of the world, and ship products to and from just about any country in a matter of days.

Most jobs have been made much easier with technology. Gone are rooms and rooms of filing cabinets filled with information. Instead, we have instantly searchable databases that let us manipulate data in ways that were never previously possible. Finding customers for our businesses is also much easier, thanks to the internet.

There are almost no areas of life that haven’t been touched by technology, and this includes sport. Technological advancements have fans to get closer to their favorite sports, teams and athletes. Here’s how.

Being able to watch sporting events on TV has significantly increased the revenues for sports clubs. It has allowed fans to see what happens in a game without having to be there. It has also meant that sports clubs receive significantly more money, which they have invested in better facilities, more training, and better players. In turn, this investment has resulted in more exciting sport for fans.

In more recent years, TV coverage has been improved by HD and then 4K broadcasts, allowing fans to see more detail. In sports like football, this lets fans see the ball more easily, and helps them distinguish between players of the same team.

On screen graphics like the NFL’s yellow line, which was developed by Sportvision, have also made it easier for fans, as they can more easily see important information about the game. This is important in stat-heavy sports like Formula 1, where fans need interval gaps, lap times, and pit stop duration information to understand what is happening out on track.

Sport on the Go

While TV meant that sports fans didn’t have to watch a game in person to see the action, smartphones have meant they don’t have to be at home to stay on top of what’s happening.

Several streaming services support mobile devices, letting fans watch games from anywhere. For example, when Amazon Prime aired coverage of Premier League games in December 2019, fans could watch from any iOS or Android device, as well as from their TVs at home. Meanwhile, NFL Game Pass and F1 TV Pro also let fans follow their favorite sports on the go.

Betting was traditionally done in physical betting shops, or sometimes inside sports venues (like a horse race track). However, technology has also changed this. Now fans can bet from the comfort of their own homes via online bookmakers, or on the go through mobile apps. However, make no mistake that you still need to do your homework when it comes to placing a winning bet, and this is where sites like Doc’s Sports can help you tremendously.

This has made it easier for fans to check the best odds and place bets at their own convenience, including during the game itself.

Betting apps haven’t just let fans place bets on sports from anywhere. They also allow fans to follow along live and learn from sports analysts during the game. This allows them to see the latest score and how long is left in the game.

Get Closer to Athletes

Social media has meant that we can stay in contact with people much more easily. This works for celebrities just as much as friends and family, so sports fans can follow what their favorite athletes are up to.

Many sports stars publish regular content to sites like Twitter and Instagram so their fans can see how they spend their time outside of games. For example, Lewis Hamilton shows his fans how he trains, information about his other business ventures, and more candid shots like photos of his dog.

Technology has made it easier for sports fans to get closer to their favorite sports in many ways. While in times gone by the only way to watch a game was to head to the stadium, fans can now watch it live on TV or on a mobile device from anywhere in the world. They can also understand more about the action, bet on the outcomes of games, and follow the lives of their favorite athletes in ways that had not been previously possible.