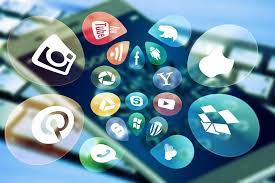 The development of digital marketing has been revolutionised by the Internet. The field of digital marketing is now being re-imagined by internet influencers. Marketers have a good probability of connecting with influencers if they create well-researched, compelling content and may then pass it on to their massive fan bases. However, deciding which stance to take when dealing with internet influencers may be challenging, and your end objective must be carefully considered.

Influencer marketing might offer its own set of advantages for boosting sales and building your following, as well as providing excellent networking possibilities. However, there are some drawbacks if it is not done appropriately.

Read on to learn how to use internet influencers in your link-building plan, as recommended by the experts at Niche Inbound.

One of the most important methods to reach your target audience and entice influencers to collaborate with you is through unique and innovative material. Long-form content and producing pieces that push boundaries and create discussion in your sector are both worthwhile alongside the helpful “how-to” articles.

The content development market is a competitive one, so make sure you have new angles and viewpoints when generating concepts so you don’t get lost in the shuffle. It may be as simple as finding a new topic to explore or coming up with a unique viewpoint on an issue that has previously been discussed extensively. However you go about it, don’t forget to think outside the box.

Opt for an in-depth approach

It’s simple to produce a quick article on a subject, but influencers are far more likely to share your material when they see that you’ve put in the effort. Instead of providing a broad guide to launching a blog, why not provide readers with information on how to get started and reach a certain objective in a niche subject?

Readers are far more likely to find your content useful and inconspicuous when it is connected to a specialised field. When you go above and beyond the basics, it will be more appealing to influencers to share and comment on after it’s published.

Don’t be scared of conflict.

By this point, all of the safe subjects have been discussed hundreds of times. Consider selecting a more controversial topic for your next article, without going too far. There’s a good chance that no one else has previously discussed the topic, making it more distinctive and popular for sharing and stimulating debate.

Use an approach that your audience will relate to and back up your assertion with research and evidence if you’re attempting to inform them about a new topic. After using social media as a platform to discuss this sort of stuff, you may engage with your followers in a different way.

Influencers may help your brand by reviewing it.

Reviews are a fantastic way to get shareable material, so look for industry influencers who might review your goods or services. Choosing mid-level influencers with a following of 10,000 people or greater will make your campaigns more budget-friendly while also allowing you to expand your reach and build up your following. Influencers who fall into this category are also more likely to agree to collaborate with you since they are less likely to be working with large companies.