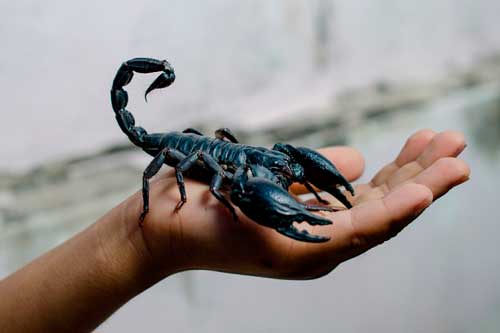 Scorpions are not insects, but they are arachnids being very close to mites, ticks, and spiders. No one likes scorpions in their homes. While not all scorpions are poisonous, some may be. Even though most scorpions who enter our places are not poisonous, and their sting is like any other wasp or bee, it is better to save yourself from it. You never know, it may be a poisonous one. Among many others,the brown bark scorpion is the most venomous one, and you want to avoid them. Here is what you need to know about controlling scorpion control in your house.

Where are brown bark scorpions found in homes?

We mentioned that these scorpions are not often found in homes, but when they are, here are a few places that they are commonly found.

1.      Trapped in bathtubs and sinks, usually in the morning

2.      In dark areas and storage places like closets and cabinets

Controlling scorpions in the house

Some ways are effective in reducing the scorpions in your house. Here are some common methods that can be used. From simple exclusion methods to using pesticides, there is a great variety that you can choose from.

Scorpions can crawl under objects and invade structures. You should seal all the gaps with weather stripping. These can be used around pipes, wires, etc. scorpions are active in the early time of spring, and it’s best to use exclusion methods in the winter and fall months. A few things that you can do are:

In the summer months, you need to be very careful when picking your objects. These scorpions are often hiding on the underside of your things. You should shake your clothing and shoes vigorously before you wear them. You should not walk barefooted in the night. Make sure to use UV lights in the infested areas. If there is any scorpion on your body, do not swat, instead just brush them off.

Using Insecticides that are recommended

Scorpions are scary little things that can be harmful to you and your dear ones. Of course, you do not want them in your home. As mentioned earlier, there are many effective and useful ways to deal with scorpions, pesticides being an effective choice.