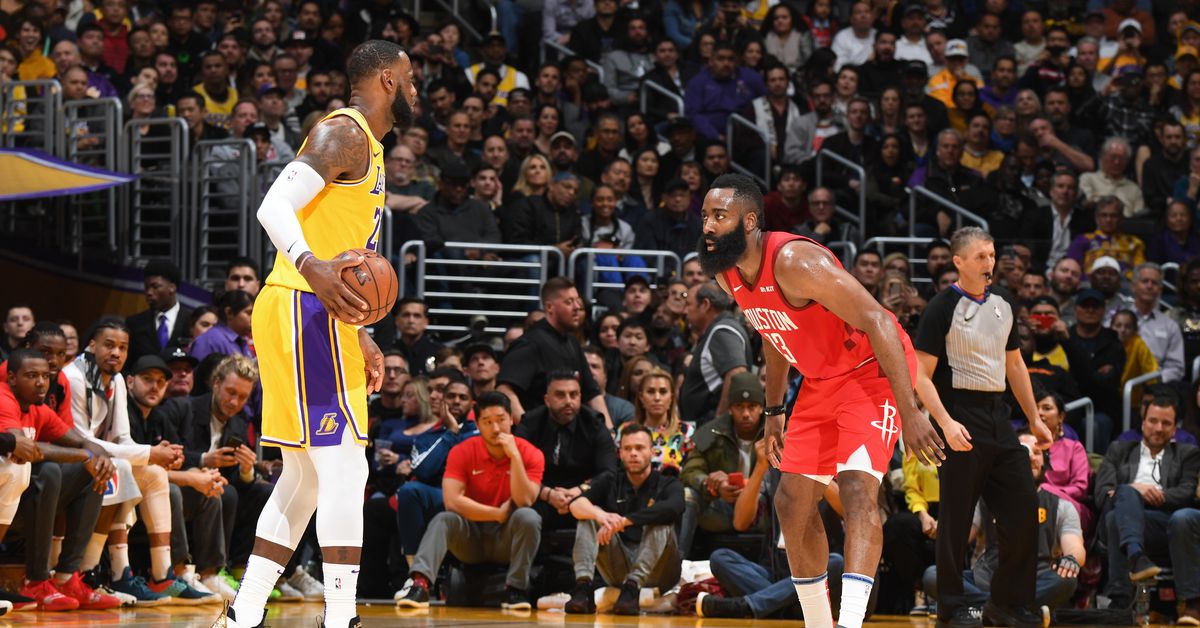 If Saturday night’s titanic showdown between the Los Angeles Lakers and Houston Rockets really was a postseason preview, then one team should feel much better about their championship hopes than the other. With Anthony Davis sidelined, the Lakers produced arguably their most impressive win of the season by stomping the Rockets, 124-115, behind an absolutely dominant second half performance.

The Lakers held the Rockets to only 17 points in the third quarter and managed to push their lead as high as 16 in the fourth before the Rockets closed the gap in garbage time. The defense was led by their ferocious center duo, as the JaVale McGee and Dwight Howard each blocked three shots in an outstanding display of rim-protection. Even without their Defensive Player of the Year candidate, the Lakers proved more than capable of locking down an elite offense. That proposition should terrify any Western Conference team hoping to oppose them in the postseason.

LeBron James led the way offensively with 31 points and 12 assists, but it was Kyle Kuzma’s 23 points that really sparked their second-half run. Danny Green and Kentavious Caldwell-Pope each poured in 20 points of their own, and despite getting almost nothing out of their point guards, the Lakers still managed to run away with this one down the stretch.

With less than three weeks to go before the trade deadline, Houston now has to figure out what they can possibly do to contend with this Lakers behemoth. Mike D’Antoni had planned on using two bigs for most of this game prior to Anthony Davis being ruled out, but backed off that strategy against the seemingly smaller Lakers. The Rockets will get another look at the Lakers on Feb. 4, two days before the deadline, to see if they have another answer, but tonight’s results were not encouraging. The Rockets controlled the tempo of this game, didn’t need to go big and shot fairly close to their season averages. They still got pummeled, and unless something changes, odds are the result won’t be any different if these two teams meet in the playoffs.

The post Lakers vs. Rockets score: Los Angeles takes down Houston with Anthony Davis out of the lineup  appeared first on cbssports.com.