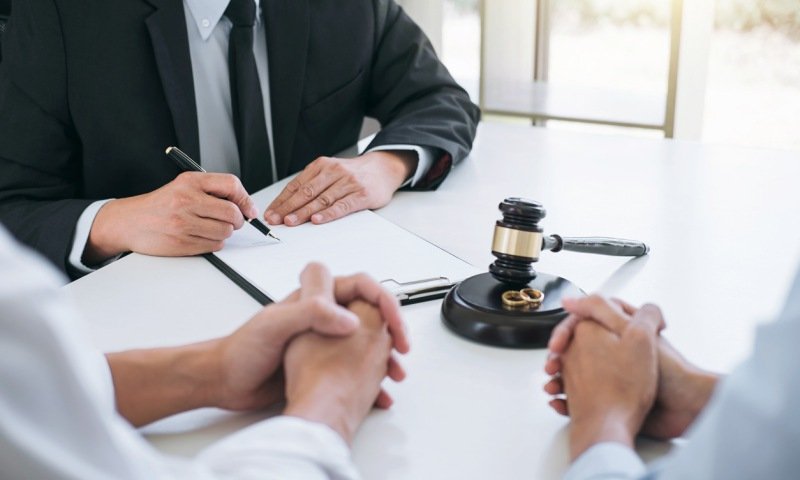 Sometimes, divorce is the only solution. But what about couples who are not allowed to go their separate ways because of religion? This article will cover the features of both traditional divorce and legal separation in Washington.

Everything You Need To Know About Legal Separation

Legal separation is a legal process where the spouses divide joint property, share child custody, and claim alimony. Afterward, they may not live together and lead separate lives. But unlike a regular divorce, once the process is over, their marriage will still be legal. This type of dissolution of marriage is used when the spouses want to end their relationship but cannot get a divorce for religious reasons.

There are times when a legal separation is ideal, even when it is not about religion. For example, to maintain certain tax or government benefits such as health insurance and social security.

Moreover, legal separation can play a crucial role in disadvantaged families. It provides the freedom and space children need for mental recovery and stability while allowing the couple to be independent of each other.

You must understand that legal separation is not one of the steps on the road to getting a divorce. Instead, this is the alternative, which is also rich in disadvantages although it has its advantages.

Difference Between Divorce and Legal Separation in Washington

Let’s talk about the similarities and differences between these two processes. First, they are united because both classical divorce (no-fault or fault-based) and legal separation provide a general plan for raising children, dividing the assets acquired together in marriage, and determining the financial responsibility of each of the partners.

However, only completing all stages of divorce will end your marriage. If you realize that you want to get back together with your spouse during the legal separation, after talking to a marriage counselor with an LMFT degree, you must ask the court to terminate the agreement.

Though each process is similar, only a divorce officially changes each spouse’s legal status to single, allowing them the possibility to enter into a new marriage and acquire common property with another person.

And we have left one other essential point for dessert. If your partner runs into debts during your separation, you may be held liable for them too.

In Washington state, the process of legal separation is very similar to divorce. After you have prepared all the needed forms, one of the spouses submits a petition to the local court. But be aware of the residency requirements that apply throughout the state. At the time of the application for legal separation, at least one of the spouses must be a resident of the state.

Next, we indicate the reason that will be the basis for such a statement. Since Washington is a strictly no-fault state, the only reason for any breakup, be it divorce or separation, is the irrevocable collapse in personal relationships.

Also, the law stipulates a mandatory waiting period — 90 days after applying to the court. This time is given to study and discuss the conditions of separation, such as custody of children, division of property, etc. And if, after legal separation, you want to divorce formally and permanently, you need to wait six months after the court completes the separation.

Features of Divorce in Washington

Washington is a no-fault divorce state. It means that you cannot ask the court for a divorce due to fault. Unlike many states that recognize grounds for divorce, such as spousal abuse, alcohol and drug addiction, and mental disorders, in Washington, there is no need to point the finger at your spouse and blame them. It is enough to declare that you can no longer save the marriage due to the immeasurable differences.

The advantage of a no-fault divorce process is that it can become an uncontested divorce, giving spouses the right to forgo hiring an expensive lawyer to act in court on their behalf.

It is possible because, in an uncontested divorce, the spouses sign a Settlement Agreement in which they agree in advance on all aspects of the divorce — child custody, assets, and property division, alimony, spousal support, etc. This type of divorce is considered the quickest and most affordable.

Why is it more manageable with an online divorce service?

Dealing with divorce papers without an attorney may seem complicated and scary at first glance. However, with the help of an online divorce platform, it can be done quickly and correctly.

Such services help generate all forms you need for filing for divorce based on the information you provide. The cost is much less than a lawyer’s services, and most online divorce sites give a 100% court-approval guarantee.

Whatever process you need, be it legal separation or divorce, it is easier to fill out documents with competent support. So make your life simpler by trusting online divorce platforms to be your ultimate pocket lawyer.