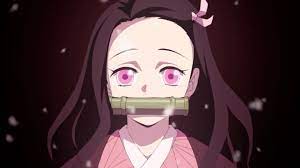 Demon Slayer is a manga series that consists of Demons and Humans exist together in the world. This coexistence is because none of them are successful in removing the other specie from the world which makes them live together. In this world, Demons were also the human in the past but they sacrifice their human life to get super powers. On the other hand, humans or demon slayers are the trained people who hunt demons and kill them to keep the earth clean and safe. Since the beginning of life, humans and demons fight to erase one from the earth.

Who Is Nezuko Kamado?

Nezuko Kamado is the sister of main character of series, Tanjiro Kamado. Nezuko and her sister were the only survivals of the Muzan Kibutsuji’s attack. Her sister Tanjiro ran for her life after father death. She came back to her dead family and found her sister alive who was turned into a demon. Muzan’s blood were injected into Nezuko which makes her demon. The demons can only survive on human’s blood and love darkness because sunlight can kill them. The superpowers demons can have are magic, regeneration, and super strength.

Nezuko was not demon first and like other people who like to be demon, Nezuko was forced to be demon. When she was a human, she took special care of her younger siblings and always smile. Her sense of possessiveness and protection was still there when she became Demon. It can be seen that Nezuko is the only demon who can control her demonic urges to a point where she is free from any human blood need. She is the most loved character by fandom. Her care, protection, and smile is not only the cause of her popularity but below are some interesting facts that mostly don’t know!

1. Nezuko vs Other Demons

Nezuko is not only known to control her demonic needs but also she can manipulate her size. She has the ability to turn quickly to a child size in order to save herself from attack and can turn into a full size Adult demon again. She is not an adult but a kid who have strong legs. The Muzan’s blood gave her these abilities that are not present in other demons.

After Muzan’s blood was injected into her, she fell into coma state named as comatose in which she stayed for two years straight. Meanwhile her sister Tanjiro trained herself with Urokodaki. The only reason why Nezuko sleep for 2 years is her body feel weakness. As her blood was fully drained and her body needs to accept Muzan’s blood now. It was the responsibility of Urokodaki to make sure that after Nezuko woke up, she didn’t go completely rouge. So he whispered while she sleep.

The bad thing that happens to Nezuko after she turned into a demon was she lost her speaking skills. She was unable to express herself in words in someone asks any question. She was given a bamboo muzzle which she only use to give answer to Tanjiro. Another reason muzzle was attached to her mouth was to help her control her desire for human blood and flesh. Even after she turned back into human, it was hard for her to speak. It is because she didn’t talked for a long time.

As human, Nezuko had red eyes which were turned into pink when she became Demon. It is not only the physical change her body have but also she grew long fangs. These fangs were helpful if she need to drink human blood or flesh. Moreover, she had long claw-like nails which helped her to hunt for prey.

The only demon who can stay in sunlight is Nezuko. The sun is the deadly thing for all demons but not for Nezuko. It is the reason she was called as The Chosen Demon by Muzan. Her ability to walk into sunlight without being dead or harm makes her second most important character in the series. Demons were able to came out only at night under moon light. Nezuko’s special ability attract Muzan and that’s why he wanted to consume her. He things if he ate her, all of her special abilities will be moved to Muzan.

6. Different Diet From Other Demons

The best thing about Nezuko was she has full control over her human blood and flesh need. Like other demons who survive on human blood, Nezuko can control her temptations. Her sleeping ability makes her regain energy after long sleep. Nezuko’s diet ability makes her different from other demons as she can survive without human blood and flesh. She has the skills to regenerate herself quickly as compared to upper moon Demons.

The last interesting fact is although Nezuko still has some human traits after she turned into demon, but still sometimes she can’t control herself. She throw a fit of rage which shows that she is now in Demonic Hysterical Mode. After she lose control, in this mode she quickly grow horns on her forehead and vines could be seen on her entire body. In this mode, Nezuko starts craving for Human blood and flesh, at this stage, it becomes harder for her to control herself and extremely dangerous to keep her around people. The only person who can control her at this stage is her sister Tanjiro. She starts singing lullaby which was sing by her mother when they both were kids. This beautiful song makes her calm and helps her to revert back to normal stage.