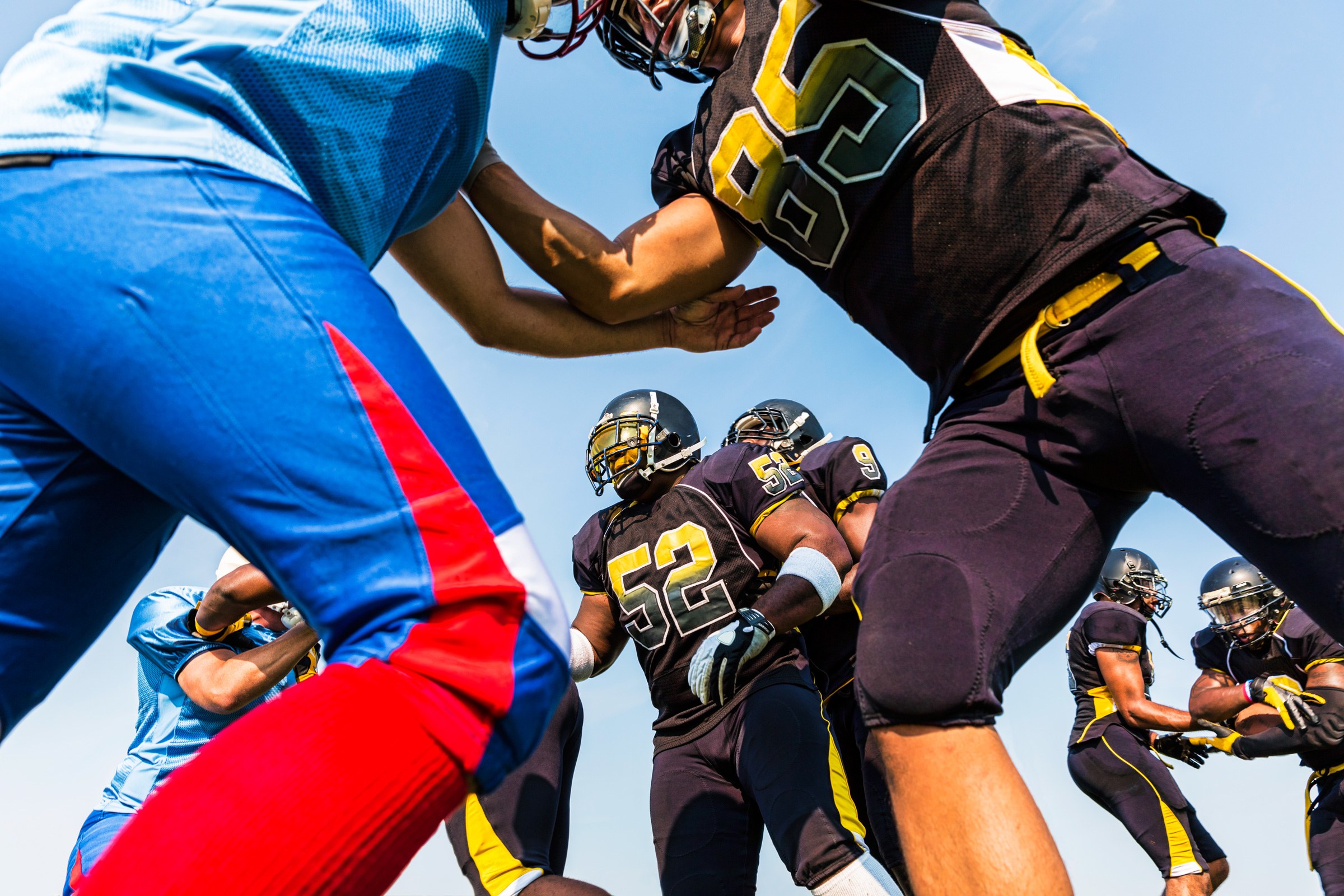 With massive bodies bumping into one another, American football is an exhilarating contact sport. The obvious ramifications, of course, are the bloody damage these collisions do to the players’ brains and bodies. Since the first former NFL player was found to have Chronic Traumatic Encephalopathy, a degenerative brain disease, back in 2000, both the medical community and the NFL industry have come far to start accepting the impact of repeated hits to the head.

And that’s why both the NFL Players Association (NFLPA) started to carry out laboratory tests to ensure players are fitted with only the NFL helmets that can reduce the severity of concussion-causing impacts.

According to Helmet Hunt, NFL Helmets lab tests are evaluations of NFL helmets by a team of biomedical engineers appointed jointly by the NFL and NFLPA. Usually, various NFL helmets brands are exposed to simulated series of trauma-causing impacts NFL players sustain during games. Here’s what is the NFL Helmet Lab Test is all about?

To assess the relative performance of various NFL helmet models

The NFL/NFLPA helmets study is not the only one; the National Operating Committee on Standards for Athletic Equipment (NOCSAE) already issues certification to helmets that pass a minimum level of safety. But where the NFL/NFLPA study excels it goes a mile further to rank the RELATIVE performance of various NFL helmets.

The NFL/NFLPA study uses some unique metrics to simulate concussion-causing impacts. According to Dr Jeff Crandall, who is Chairman of the NFL Engineering Committee, the team starts by looking at subsets of concussions NFL players sustain in the field. They then take a look at the players involved: their speeds, location of impact, head, and neck orientation. They then recreate these using dummies and impactors in the lab.

The ranking does not take into account fitness retention and durability

The NFL/NFLPA helmet performance ranking is only for the helmets that can best reduce the severity of the concussion, causing impacts. Issues to do with helmet fit, retention, and durability are not factored in.

Apart from lab tests, the NFL still carries out an annual survey of helmets that are in use by players. The data on concussion per play for various helmet models helps rank the on-field performance of helmets NFL players are wearing.

So far, the data shows that NFL helmets lab test ranking positively correlates with on-field performance. Here’s what the NFL/NFLPA study has revealed so far.

Results from the NFL/NFLPA Helmet Study

In 2019, the NFL/NFLPA tested 34 helmet models currently in use by 99 % of NFL players. Of the 34 helmets, 11 were newer models, and the following are the findings.

· The NFL industry shows improvement in design and engineering technology. 6 out of the 11 new helmets were ranked among the top 10 best NFL helmets models.

· 74 % of NFL players now use top-performing helmet brands, and on-field assessment reveals they suffered a lower rate of concussions.

· The NFL/NFLPA has prohibited 11 helmet models. Most of these are from the Rawlings, Schutt, and SG brand. Currently, 32 NFL players use these helmet models, and they are encouraged to get a high-performing model.

There’s no agenda in the NFL/NFLPA helmet study. The risk of brain-related injury due to on-field collisions is high in the NFL. The NFL lab tests are carried out by Biokinetics Inc, an independent helmet testing lab. Statistics assessments are also carried out by an independent statistician. All NFL players, coaching staff, medical team, etc. are encouraged to share the findings.

Lastly, remember that the NFL/NFLPA study only uses a subset of concussion-causing impacts usually sustained by NFL players; the results are therefore not to be extrapolated for high school, youth, or college football!