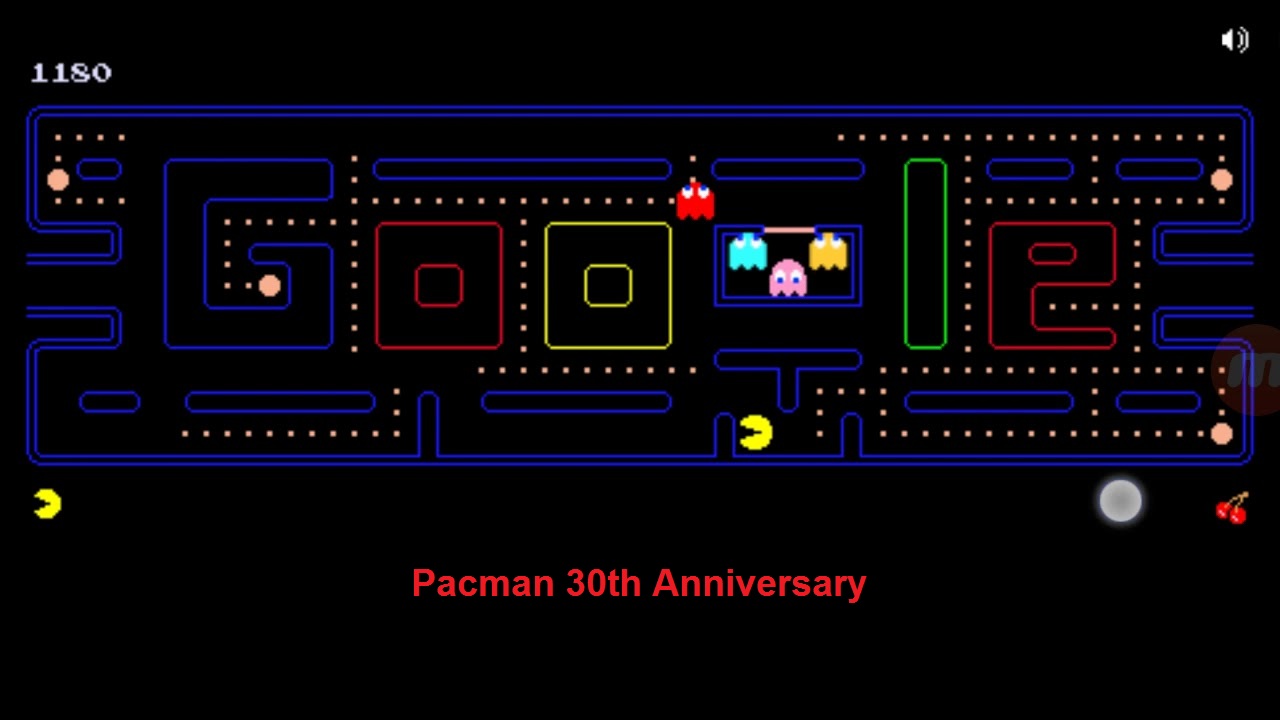 Pac-Man, one of the most popular video games of all time, turns 30 today. So he’s older than many of us. It saw the light of day on May 22, 1980, in Japan with name PUCKMAN, and gave birth to a real phenomenon in the light of 2010 as Pac-Man. Pac-Man has been so successful that 94% of Americans know about this arcade, and it is one of three video games featured at the Smithsonian Museum. And on the occasion of this Pacman 30th anniversary, Google changed its logo on its search page. And we can play the game by clicking the insert coin and the complete playable levels of Pac-man will start.

1. The Origin of Pac-Man

Pac-Man creator Toru Iwatani always says that the inspiration for the character’s creation came from a day when he decided to eat a whole pizza by himself. Upon removing the first piece of pizza, the shape that remained was that of Pac-Man as we know him. The story is a bit romanticized, but Iwatani assures that part of it is true.

Pac-Man creator Toru Iwatani wanted the game to appeal more to audiences, especially girls. According to him, arcades were typically male environments, dark and unhygienic, and he believed that if he brought girls to the arcades, it would raise the level of the places.

In Japan the word used to signal that you are eating is “Paku-Paku”, because the word “Paku” forces you to open and close your mouth like Pac-Man. Adapting the word Paku, the game’s official name would then be Puck-Man, but it ended up being changed to Pac-Man.

Another curiosity about the origin of the name Pac-Man is that the character Scott Pilgrim, in the movie Scott Pilgrim against the World, tries to use this whole story as a catch-up to get closer to his romantic interest, Ramona Flowers.

This sounds funny but he is married now. In 1982, Pac-Man new update came in which the heroine was a women. They named the game Pac-Women but it was not liked by people and the Midway manager, so they changed it to “Miss Pac-Man.” But later, it was also not liked by the people so the developer changed it to “Mrs. Pac-Man and original to Ms. Pac-Man. So yes the Pac-Man is married in this way.

5. Four Ghosts Have Their Own Personality

The 4 ghosts that are running and trying to catch the Pac-man not only differ in color, but each of them their own identity. Yes they have different personalities and patterns of behaviour. The most dangerous one is Red ghost named “Oikake” who is always trying to catch the Pac-Man. The second is Pink ghost named “Machibus” who is running to overtake red ghost. The third orange one is “Otoboke” who changes his behaviour according to the distance he has to cover from Pac-Man. And the last one is light blue “Kimagure” who is controlled by chance.

The Pac-Man game has originally 255 levels where a player can get a maximum of 3,333,360 points in total from all levels. The first person who hit this level was “Billy Mitchell”, but due to his fraud in another game “Donkey Kong”, all of his highest score records were taken away from him. Till now 7 other players has reached his level and the fastest person among them is “David Race” who complete 255 levels in 3 hours, 28 minutes and 49 seconds. He is known as the fastest player of Pac-Man.

We know there are 255 levels, but in 1982, an 8 years Jeffrey R. Yee received a letter from US President of that time named Ronald Raegan who was congratulating the kid on completing 256 level. That level due to some issues, displayed graphics incorrectly which are very hard to play but the 8 years old Jeffrey completed it. Still there is no evidence of his that Jeffrey R. Yee played this level but at that time he won $10,000 reward.

Most of people think, this is simple maze but there is a hidden secret place in the maze which only few people till now knows. It is the place where ghosts cant reach and are unable to chase Pac-Man. It is not visible clearly but the real players know where it is and they use it to break records.

In 2004, some students of New York University decided to play Pac-Manhattan project on city street. The player was controlled by a man on phone and he follows complete instructions. He keep running on the streets and was trying to not being caught by the four ghosts. This makes the game super-hit into the mainstream media.