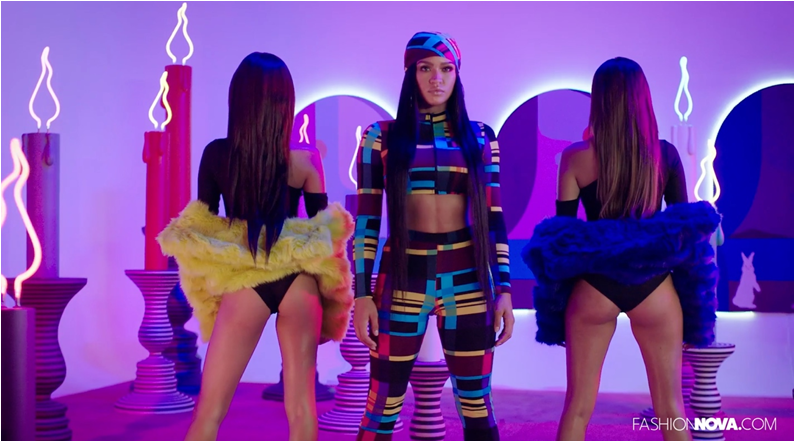 Fashion Nova, an ultra-fast fashion brand, has become one of the biggest brands in the world in under a decade. So many people wondered what happened. How did they get so large so fast? How were they able to compete in terms of growth and profitability with big brands like Louis Vuitton, Chanel, and Dolce & Gabbana?

In 2018, Fashion Nova was the most searched fashion brand on Google and one of the top brands on Instagram. They now have over 18 million followers on Instagram and their followers grow by over 1 million every two months.

The answer is simple: Fashion Nova’s CEO, Richard Saghian, discovered what was lacking and decided to provide exactly that.

Who is Richard Saghian?

Many people don’t know anything about Richard Saghian. He rarely does any interviews, so we just get little bits of information about him from time to time.

Fashion Nova has managed to break so many records and sell so well that he rarely grants interviews, instead choosing to focus on continuing to grow the business.

So, who is this CEO and how was he able to pull off such a fantastic feat?

Richard Saghian was born in California, United States. He is an Iranian-American whose father owned women’s retail stores. Every summer, he helped his dad run his stores and learned the ropes behind the business.

From those experiences, he knew that he was destined to become a power player in the fashion industry.

In 2006, Richard Saghian opened the first Fashion Nova store at the Panorama Mall in California. To date, he has only opened a total of 5 retail locations, all of which are in Los Angeles.

The brand experienced moderate growth as a retail operation, but sales didn’t skyrocket until Saghian joined the then-nascent Instagram platform to share Fashion Nova products. After a while, fans of the brand started posting pictures of themselves in these pieces, which promoted the brand further.

Now, they are one of the biggest fashion brands on Instagram.

How Did Richard Saghian Come Up With The Idea to Grow the Brand?

Saghian said, “all the knowledge I gained from running brick and mortar stores, I utilized for the website.”

When Fashion Nova was only a physical store, Saghian was able to listen to what the customers had to say about the fashion industry.

From his customers, he learned what women wanted and what would sell. He took that knowledge to create a brand that catered to a unique demographic and solved a real problem. “Being able to listen firsthand to customers gave me the information of what was needed and what was missing,” Saghian said.

Many people flock to direct-to-customer online brands like Fashion Nova to accentuate their wardrobe with form-fitting and fun clubwear, as well as pieces inspired by the latest designer looks.

However, Fashion Nova is not the only direct-to-customer brand. So, what makes it the most patronized?

The company works with over 500 sewing factories in Los Angeles in order to quickly make these designs a reality.

The brand’s social media team picks up the latest trends after scouring the internet. Then, they send trending styles to the design team and have samples made and ready for styling in less than 24 hours.

That’s how fast it is.

Affordable means that you can get high-quality shoes for as low as $30. Dresses are as inexpensive as $28, and you won’t see anything over $50.

So, with Fashion Nova, you can never say you’re too broke to buy.

They give you the chance to rock the same clothes as celebrities like Cardi B, who has shouted the brand out in her songs, without breaking the bank.

You would barely see any brands produce their clothes in plus size among mainstream fashion brands. However, Fashion Nova tailors their offerings specifically to serve plus-size individuals.

Fashion Nova released a Curve line that offers sizes from 1 – 3X, bigger and more flattering than most plus-size brands.

Fashion Nova didn’t create shapeless looks for people with fuller figures. Instead, the brand listened to what they wanted and created its regular standard tight, revealing, sexy clothes – just in larger sizes.

Saghian said no brand will create something like this for their brands. This prevents other brands from getting a piece of their wide, deeply loyal audience.

This is the major reason why Saghian doesn’t need to take interviews. He managed to grow his brand on his own by using the power of influencers.

The brand also collaborates with high profile celebrities such as Nicki Minaj, Kylie Jenner, and Cardi B. Cardi B, who has been connected to Fashion Nova well before her breakout success as a rapper, has taken her love of the brand even further. In May 2019, she released her collection with Fashion Nova, and it sold $1 million in a day.

Richard Saghian says that there’s not so much a deep, secret strategy behind Fashion Nova’s growth – just a proven, highly effective, extremely scalable model that allows for growth for years to come.