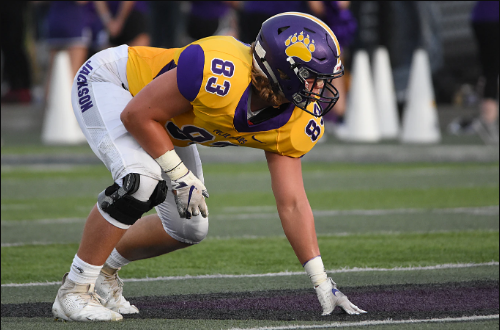 Unlike its European counterpart, American football is a full contact sport. Played since the mid 1800s, the game originally resembled rugby more than football. However, it wasn’t until the late 1800s that helmets were introduced to the game in order to make it safer for players. As various series and rules were integrated into American football (referred to as ‘football’ from here out), the sport began to take shape into the modern form we now associate with players like Tom Brady or Dan Marino.

Today, American football is played at the collegiate and professional level. The NCAAF covers college football and regularly attracts millions of viewers for major games, like a match between LSU and the Texas Longhorns, set for 9 September. However, the NFL has a stronger fanbase who watch more games and fill more stadiums. The 2020 Super Bowl between the Kansas City Chiefs and the San Francisco 49ers, for instance, saw 114 million viewers tune in.

While helmets are considered the most important piece of protect for both collegiate and professional football players, they aren’t the only important equipment. The ever-important helmet wasn’t made mandatory until the year 1939. Shoulder pads, on the other hand, were in usage long before helmets and facemasks. The first rudimentary designs came from a Princeton student named L.P. Smock and brought onto the gridiron as early as 1877.

These original designs were made from leather and wool, oftentimes sewn into a jersey rather than operating as a separate piece. As the sport developed, so did the shoulder pad, which began to cover areas of the chest, ribs, and other parts of the upper torso. Over the decades, advancements in textiles allowed for these leather and wool pieces to became more efficient and less cumbersome to players. Today, thigh and knee pads are also used by NFL franchises to protect players.

At the turn of the century, shoulder pads started to be harnessed. This means that they were detached from jerseys and mounted onto the shoulders from above the head. While it would be another 60 years before other materials were introduced, this harness model proved most effective.

By the 1960s and 70s, moldable plastic was introduced, which revolutionized the composition of shoulder pads. Not only could plastic be more finely fitted to each athlete’s body, but the quality of the material necessitated less bulk. Less bulk meant more aerodynamic movement for athletes, which not only increased the speed of play, but also the level of confidence. Once again, shoulder pads were altered to protect the ribs and chest.

Today, shoulder pads are one of the most technical pieces of sports equipment in the world. They are fitted with foam padding, plastic shelling, and are fastened into place by a variety of belts that allow for a snug fit on every athlete. The pads are also customized according to which position an athlete plays and can even be further specialized to cater to injuries.

The first layer of the shoulder pad consists of a compression vest. This layer keeps the pads close to the body and prevents them from shifting position. Many vests are also regulated by temperature, preventing athletes from overheating. Vests are then fastened into place by discreet belts that will also lock the pads into place. In most shoulder pads, the vest and pads are connected, but newer technology has separated the vest from the bulkier pads that are laid on top.

Modern shoulder pads are designed to absorb a shock and redistribute the impact from this blow through a larger area. This means there’s less chance of an athlete being injured from a single point of pressure. By using materials such as carbon fiber for the hard, external parts of the pad, manufacturers can deliver on both safety and comfort. However, carbon fiber comes at a high price, and many shoulder pads in use today still use mold able plastic.