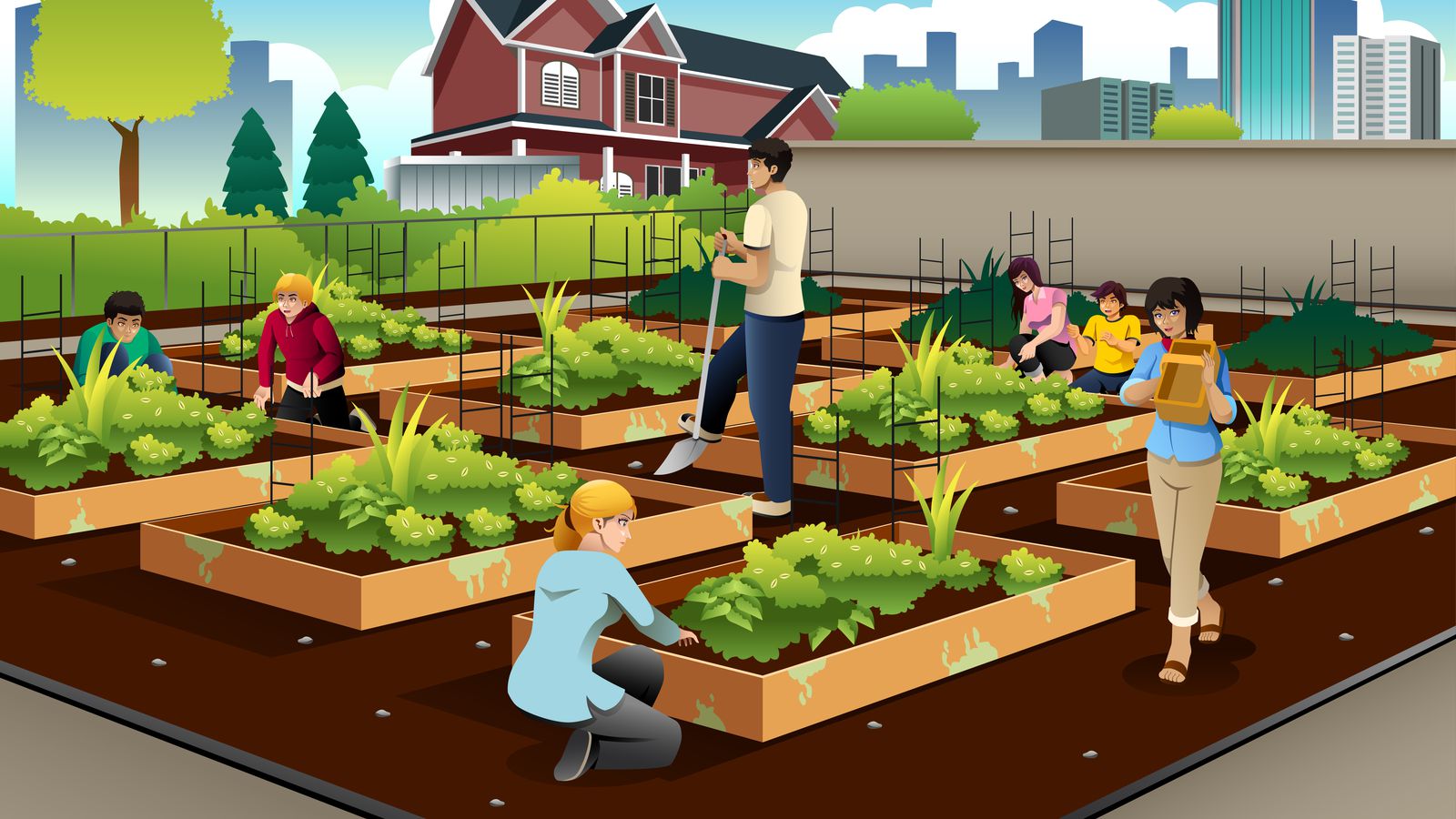 For many, farming is considered a countryside activity that doesn’t fit into the urban living model. Yet the boom in the global population is putting increasing strain on the environment. Many previously green areas are now being turned into homes, offices and factories, producing a large amount of waste and a worrying decrease in air quality leading to health problems common in densely populated areas.

Urban farming and agriculture are becoming increasingly important in helping with sustainability.

City living generally produces a lot of waste, an expectance of a diversified diet, which hugely increases the impact on the environment through transport, demand and supply, and waste disposal to support the dietary habits of a concrete jungle environment.

Yet those who embrace urban farming are changing the way forward. There is less reliance on bringing food from afar, creating a self-supporting community and greater involvement and sense of belonging.

Joining with neighbours and enjoying the produce of local land and sharing grown produce brings a more diversified diet, with more fruit and vegetables rich in vitamins and minerals that are fresher and more naturally produced than many sources previously relied upon.

Artificial lighting and Gelponics vertical farming methods, as well as rooftop gardens and greenhouses, make it possible for inner city and urban agriculture to succeed, no matter how concrete or small the space, and support others in pursuit of sustainable food production, giving a better living environment on their doorstep.

With the many health, environmental and financial benefits that urban farming, working and living bring, it is undoubtedly an increasing way of life. The BBC Follow the Food series looks closely at the rise in people building edible cities to reduce reliance on vulnerable supply chains and bring nature back to cities. It’s an important subject that many look at more closely than ever before.

The role of urban farming to lessen environmental impact

Where areas can rely more on locally produced food, they become more self-sufficient. The self-sufficiency offered by more locally available fresh vegetables and foods grown locally encourages people towards a more nutritious diet. Even the pandemic highlighted the importance of being able to buy locally and support local producers and saw many begin growing vegetables as a means towards self-sufficiency with less reliance on transported goods.

The environmental impact of urban farming reduces the amount of transport needed to transport produce across the country and, in some cases, the world. It enhances the availability of in-season produce sourced close to home and reduces the reliance on imported food products. Cities and towns benefit from lower carbon emissions with fewer heavy transport deliveries.

Urban farms contribute to lower environmental impact by using less land, water and resources such as fertilisers. Urban farming in gardens, allotments and fields often reuses water and uses up to 95% less water than traditional growing. This has the added benefit of lower river runoff and less use of toxic pesticides. Organic urban farming and regenerative agricultural methods give biodiversity a greater chance to grow, reduced food waste, and fewer miles mean less packaging.