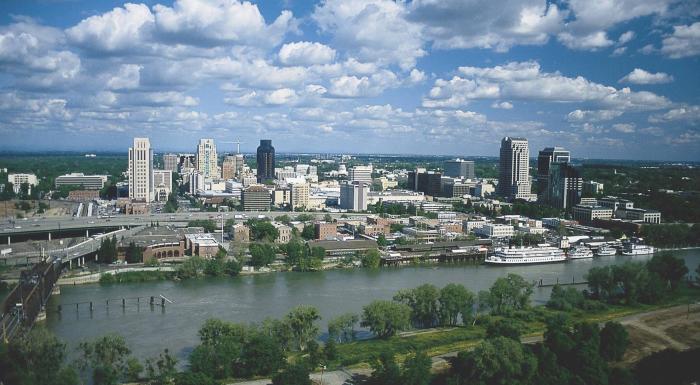 As the self-avowed “Farm to fork capital of the United States,” Sacramento, California is much more than a place to fuel up between San Francisco and the ascent to Lake Tahoe. With two major rivers and a seemingly endless number of places to hike, camp, and fish, the City of Trees features a district that takes visitors back to the area’s historically prominent Gold Rush Era. As the landmark museum located in Old Sacramento, the California State Railroad Museum showcases the construction of the Transcontinental Railroad, which dramatically transformed our nation’s economy.

We have established Sacramento as a must see visit on your itinerary list. However, you do not have to treat your visit like a tourist treats the fleeting time he or she has in California’s capital city. In fact, you should craft your Sacramento to list around five popular neighborhoods that make a visit to the city feel like you actually live there.

Referred to by Redfin in 2017 as the eighth “Hottest Neighborhood in the United States,” Hollywood Park sits just south of bustling Midtown. The 1950s era ambiance of the neighborhood is ideal for young families. Take a walk among towering tree-lined streets to wind down after a busy day visiting other areas of the city. Pet-friendly Hollywood Park is known for its festive Fourth of July celebration that features a colorful parade and live music performed by local bands. Check there best rented Fontana limo service.

Fans of an active nightlife will love the options available in Midtown. Located along the bank of the Sacramento River and near the rapidly expanding Downtown neighborhood district, Midtown comes alive after dark with several live music venues and dance clubs that pulsate deep into the night. An eclectic array of restaurants feature the culinary delights of cultures ranging from Italy to Vietnam.

Several smaller watering holes blend in seamlessly with the Victorian and Craftsman architecture that prominently displays the city’s roots from the latter half of the 19th century. Compact and easy to walk, Midtown offers a wide range of shopping options that include unique boutiques operating alongside the entertainment venues. The easy to access neighborhood is a short cab or bus ride from one of the dozens of hotels operating downtown. Make sure to visit Sutter’s Fort, which is a massive state park that is home to the original 19th century waystation for the early settlers of central California.

East Sacramento is an economically diverse neighborhood that works for virtually any type of budget and lifestyle. The Fab Forties area that includes canopied streets and majestic Tudor-era homes underscores the meticulous attention to detail paid by the architects that designed and constructed the mansions and bungalows defining the chic neighborhood. The neighborhood is where a former California Governor called home, and there are several references to the 40th American President throughout the neighborhood.

The popular neighborhood includes numerous bike trails and river walkways that allow visitors to escape from the hustle and bustle of downtown Sacramento. Family friendly dining options include the original Selland’s Market that features a weekly $25 dinner for two special that comes with a bottle of California produced wine. The shack has a patio where guests can unwind with a pint of craft brewed beer.

Considered Sacramento’s first suburb, Oak Park thrives economically as an ethnically diverse neighborhood that provides visitors with an authentic look at what drives the California capital city. Streetcars take visitors to the California State Fair, which take place in 2020 over a 17-day period in July. The retail and entertainment district features older homes that sit back from tree-lined streets. Revitalized after a short period of economic distress, Oak Park is home to busy shops, restaurants, and independently owned watering holes. Prominent local employers such as the UC Davis Medical Center bolster the local economy.

Stop by McClatchy Park to enjoy the ambiance exuded by the original Joyland, and make sure to schedule a little time at the weekly farmers market that offers delectable produce grown nearby in the San Joaquin Valley. During summer, a regularly scheduled neighborhood block party called Gather offers tasty fare from local food trucks, as well as several live music acts put on by Sacramento musicians.

Technically not located within the Sacramento city limits, Folsom is a must visit destination because of the 32 miles of bike and hiking trails meandering through the vast foothills on the east side of the metro area. Folsom Lake Recreational Area includes a 11,500-acre reservoir created in 1945 to supply the rapidly growing city with drinking water. You can rent a boat for a day trip out on the lake or escape to a nearby winery for an afternoon of conversation and revelry.

Folsom presents the Harris Center for the Arts, which hosts a popular theater and lecture series. The neighborhood’s historic district is home to Powerhouse Pub and the Prohibition Wine Lounge, with both establishments generating an early 20th century ambiance. The famous Folsom Prison is where legendary artist Johnny Cash performed a live concert for inmates. Visit the Folsom Prison Museum to see the rare artifacts and memorabilia that commemorate the live performance put on by Cash.

Peter Evering is the Business Development Manager of Utopia Management, who knows the ins and outs of Sacramento neighborhoods.  With a hands-on presence throughout California and Nevada, Utopia Management has been providing professional rental property services since 1994, at some of the lowest rates available.