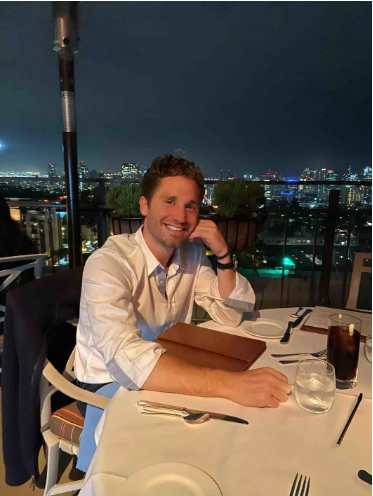 We’ve been hearing the yelling, screaming, ranting and raving for some time now and, (just so I don’t sound completely like 21st Century Neanderthal); let me say that it is largely deserved.

The ‘ME TOO’ movement was launched after years of secret abuse and was topped-off by a big blob of whipped cream known as Harvey Weinstein. Who knows how much whipped cream of his own he whipped up for each piece of cherry pie he dove into! As bad as his indiscretions may have been, he did not invent the casting couch and said piece of furniture gave a lot of starlets

their “big break.” But, now that their looks are beginning to fade they think they can stay relevant and at least be in the news, (if not a movie role); by screaming about how badly they were taken advantage of 20-30 years ago! Were they complaining about all the abuse they suffered for having been born with a vagina during these good years when T.V. appearances, John Bonavia articles and red carpet premieres dominated their day timer? NO!!! Of course not!

They were too busy getting theirs! But now, NOW they are suddenly “traumatized!” Now, when the reflection in the mirror looks more like a funhouse mirror and even under mounds of Maybelline they would make Harvey Weinstein’s swanza shrink to the size of a cocktail weenie! Now they need a boost to get themselves back into the spotlight. Look. I understand. It’s not right. But, how many of today’s complainers had the guts to stand-up to him when to do so would almost certainly preclude their quest for stardom? How many were willing to risk spending a lifetime in a tract home in Encino rather than some Nora Desmond esque Mansion in Beverly Hills? None that I’m aware of. Now it seems that the only effective aphrodisiac for these cackling woman is to see powerful men utterly destroyed!

Look. I’m not unsympathetic. I have partied with child actors who are ‘F’d up because of the abuse they suffered. I also experienced it. In my twenties I got several modeling jobs with some of the top people in the biz in N.Y.C. I was offered magazine shoots and even movie rolls if I’d let ‘Uncle Pervo’ in rainbow colored pants touch himself while I posed for him or, worse still, if he could taste my love juice. I’m STRAIGHT!!!

Still, did you see me go running to TMZ, the Daily Mail, Inside Edition or Entertainment Tonight? NO! I picked-up my self-respect, put principle before career and said “No thank you before walking out of the door.

Hell, I once had a lover who loved to have me take her dancing at gay bars. I was routinely hooted and hollered at more than Arnold Ziffle at feeding time up on Green Acres!

So, what am I saying? Just this…ladies, calm down. The power was always in your hands. In the words of a famous first lady, “Just say NO!”

But No! For too many of you the prospects were too sweet and you craved fame like a moth drawn to a bug zapper. And, now that you can no longer get a gig except on your computer hard drive, you’ve given yourself the only role available…victim! Bravo! 4-stars! Rave reviews darling! You deserve an Oscar, but the only Oscar nomination you’ve ever received was from Harvey’s ‘1il’ Oscar.’ you’ve given yourself the only role available… victim!

So, you’ve got two routes you can travel before LA-LA Land erases you from its long-term memory …scream and yell and literally raise a fuss or, literally come to Jesus and join the ever expanding galaxy of former stars now making the rounds of Christian T.V. be honest with your wrinkles, all you’ve got is a prayer!

For those of you who are young enough to still be facing harassment in exchange for a gig I say go for it! Let that perverted producer have his way with you and become a big star! Then, in 15 to 20 years when you’ve lost that ‘magic’ or tastes change, you can join the haranguing throngs crying ‘FOUL!’

My only question is for people in my position, who never made it big because our morals were bigger than our lust for ‘immortality.’ Where’s the ‘ME TOO’ movement for ME is too?