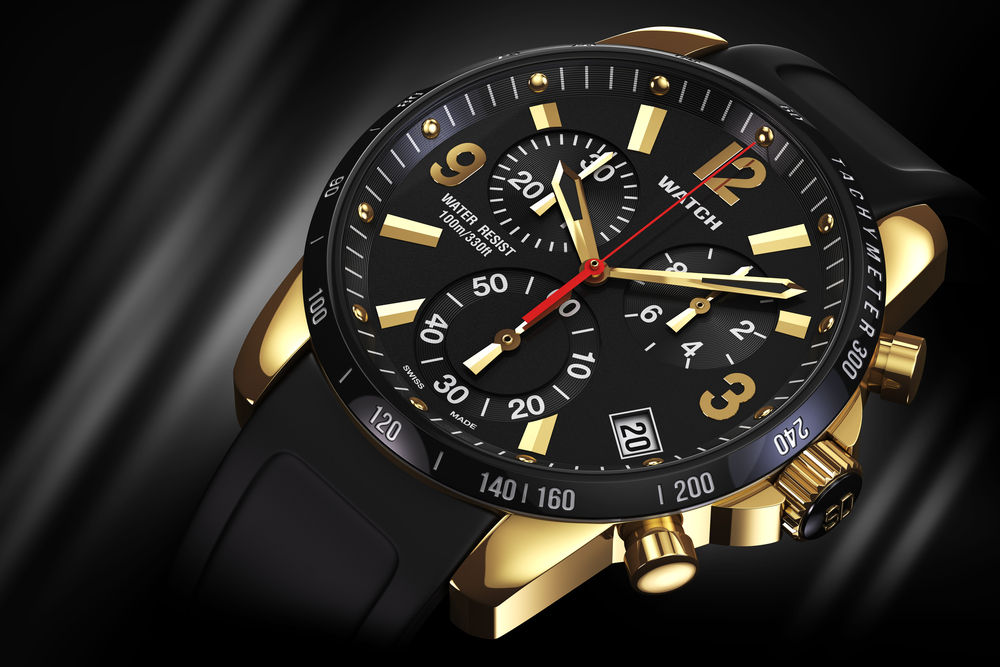 Since the early eighteen hundreds, the chronograph watch has been an important part of watchmaking. It was a new technology at the time, that could measure time much more precisely than the existing watches.

In fact, even the earliest chronograph watches could measure time to 1/60th of a second. This kind of watch was ideal for use in astrology, which requires very acute time calculations. This original watch never became commercially available, but a chronograph watch did hit the market a few years later.

How was the Chronograph Watch Made?

A watchmaker for King Louie XVIII wanted to enable the king to time horse races, so he invented two separate watch faces that work together. The energy from one needle would move the other needle that was inked to mark elapsed time.

Midway through the 1800, inventors had improved on this model, eliminating the need for actual ink. This new model could be reset, inventing the concept of the stopwatch.

By the 1900s, the chronograph function was being built into wristwatches that also kept track of the time. These early watches functioned as a dual-purpose timekeeping and stopwatch function.

They generally had a stopwatch secondary to the clock. Separate knobs control the function of either the clock or the stopwatch. As time went on, more timekeeping calculations were introduced along with knobs to control them for hours, minutes, and seconds.

Different watches put the different inner dials in different places, but it should be easy enough for any user to get used to which dial does which function with a little bit of use. Some chronograph watches also have other gadgets built-in, such as a scale to measure distance, a way to measure your heart rate, etc.

How do Chronograph Watches Work?

Chronograph watches work in a similar way as regular watches. The only thing that distinguishes a chronograph watch is a watch with a hand independent of timekeeping that can be stopped, started, and reset.

Chronograph watches are generally quartz watches with additional mechanisms to control the various functions in the watch. They vary in price depending on how many functions they have and how accurate they are. The additional systems also mean that chronograph watches are more complex and may be a bit heavier and more substantial in your hand, although they are not necessarily larger in the face.

The buttons on the side of the watch let you stop and start the stopwatch. Some watches have an extra hand that goes around the watch, but usually they’re extra dials on the face, since this makes it much easier than trying to keep the hands on the clock separate from the stopwatch hand.

This feature is not in all watches, but it it can be an extremely useful feature for anyone who is curious to measure distance and speed. This can be a tremendously beneficial characteristic for athletes who want to know just how long and fast they run. This feature can free you from the track if you want to know both distance and time.

Why Use a Chronograph Watch?

Watches, in general, have fallen out of favor for many men in the age of smart devices. Chronograph watches maybe even less likely to thrive in this environment since they tend to cost a bit more.

However, social norms may dictate your use of a smartphone much more than a watch, especially now that traditional watches are much less common and maybe even more respected. If you want to know how long someone is talking at a meeting, it may seem very rude to take out your smartphone and start the stopwatch feature. However, nobody is likely to notice or care if you adjust a knob on your wrist watch.

Watches may be falling out of favor in today’s age, but that only makes them more classic and sophisticated. A high-quality chronograph watch is a stylish accessory that can also enable you to keep track of time much more subtly than a smartphone could ever enable.