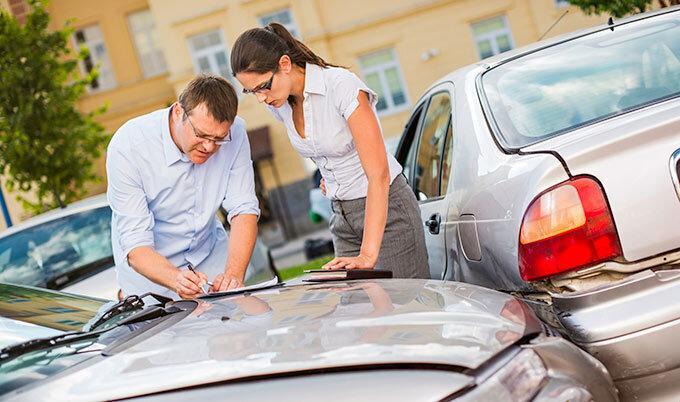 It’s 7:58 AM and it’s already one of those days. You woke up late, the shower wouldn’t warm up, and now you are going to be late for work. As you’re thinking about how to explain to your boss why you’re late for the second time this week, you don’t notice the car running the red light coming at you head on.

By the time you do, it is too late.

At least you have an excuse now for being late.

Hopefully this scenario is not relatable to you. Odds are, however, that either you or someone very close to you has been in a car accident at least once. When this happens, you need to act fast and be very direct with your course of action.

You also need to hope that the insurance agencies work well for you. But what happens if they give you issues? You’ve got a few options.

This part could be awkward, but essential. You need to cover your bases. This includes getting the name of the person that hit you, their contact info, and taking pictures of the cars, yes both cars. Also, don’t be afraid to have the police show up and get involved if either you or the other driver are emotional, which is likely to happen.

Covering these bases will make the rest of the process much easier because it will serve as evidence if you run into any more bumps in the road.

The first and most important thing you can do is know your policy. Remember, insurance agencies are businesses too. At the end of the day, their job is to make money. While they most likely won’t try to be sneaky to save money, they also likely won’t go out of their way to make sure that every single scratch, dent, and smear is being covered, especially if you don’t say something.

If the accident was the other drivers fault, you will be working with their insurance. They will ask you a lot of questions and may send someone to evaluate the damages. This is where pictures can be valuable, especially if you have an older vehicle.

Again, you need to know your policy. Some states are no-fault states, some policies will cover only the collision if it was the other person’s fault, and many policies will only cover vehicle damages if the other driver is uninsured. The list goes on and on.

If you want to be fully covered no matter what, most insurance companies can pay for that, but it will cost more. That is why you need to know what you do and do not have, because let’s be honest, most of us don’t pay a premium for every possible option.

Hopefully you don’t ever need to reach this stage. In a perfect world, you are able to get everything squared away with the insurance and life is able to go on as normal.

Every once in a while, that doesn’t happen. Occasionally, things get muddy and you may feel that you are being taken advantage of. When this happens, hiring an attorney may be in your best interest. In fact, if your claim is in doubt at all, it may be best to at least have an attorney take a look at things.

An attorney is going to be able to look into your policy, the other driver’s policy (or situation) and then work with all parties. In all odds, this won’t end up being a huge ordeal that ends up in a courtroom. In all likelihood, it will be a few phone calls, a few questions, and that’s it.

While some attorneys charge per hour, many will charge a percentage (typically 30%). So if you believe that you should be receiving $10,000, expect to only get $7,000 of that. While that seems steep, it could be much better than if you only are looking at getting $5,000 without the help of an attorney.

Finally, remember that time is important. The longer you take, even with pictures, the harder it is going to be to get all that you should get. Insurance companies may question damage and injuries if you don’t make a claim for a few weeks.