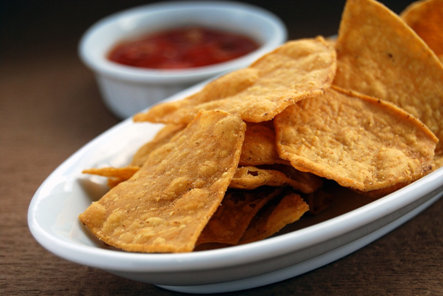 El Paso is a truly unique city due to its location. The city is located directly on the U.S-Mexico border and is heavily influenced by both countries’ cultures. Nowhere is that more prevalent than in the city’s cuisine. Primarily you’ll find “Tex-Mex” cuisine in El Paso, a combination of Mexican and American cooking. However, while this type of cuisine is prevalent in the city, there are other food options that you can go with. So if you close on one of the El Paso houses for sale, what can you expect from the local food? In addition, what are the best restaurants in the area? Let’s take a look.

A staple of Tex-Mex cuisine is the taco, something that no one does better than Tacoholics. Originally started as a local food truck, the business eventually became so popular that it blossomed into a permanent establishment. Here you can find all of the classic dishes that you’d expect from a Hispanic restaurant, such as quesadillas, burritos, and of course, tacos. However, the establishment’s most famous dish is their flautas ahogadas, rolled tacos in a spicy green broth served with multiple cheeses. In fact, the dish is affectionately dubbed “the most famous street food to come out of the 915!” If you want some classic Tex-Mex dishes, this is the perfect place to go.

One of the more famous locations in the El Paso area is the Cattlemen’s Steakhouse. This establishment focuses much more heavily on the American side of the cuisine. On the menu, you’ll find plenty of American classics such as steak, barbeque, and a smattering of seafood. However, the food isn’t the only thing that’s extremely American at this establishment. The entire restaurant area is designed like a ranch. This includes hayrides and a petting zoo, ensuring your whole family can have some fun!

While you may not expect a high-class Italian restaurant in a location like El Paso, that is exactly what Ardovino’s Desert Crossing provides. Here you can order classic Italian dishes like homemade pasta, pizza, and scampi. However, Ardovino’s is a great location for many more reasons than just their food. The location is absolutely gorgeous, allowing you to see the beautiful desert setting while you dine. In addition, the establishment also houses an amazing farmers market, allowing you to pick up fresh produce, baked goods, or homemade arts and crafts. Ardovino truly has it all, and you definitely should check it out if you find yourself in El Paso.

An extremely unique restaurant in the El Paso area is known as Tabla. Tabla focuses on serving small plates that pack some big flavor and are meant to be shared with others. As a result, this restaurant is best enjoyed with a group of people. Tabla draws on Mediterranean and classic European roots,  and the establishment has really carved its own place in the industry. The restaurant can be described as stylish and modern, a restaurant that is always at the forefront of innovation. As a result, it is especially popular with the younger crowd. Factor in its unique emphasis on sharing food with friends, and it’s easy to see why Tabla became such a critical part of the El Paso food scene.