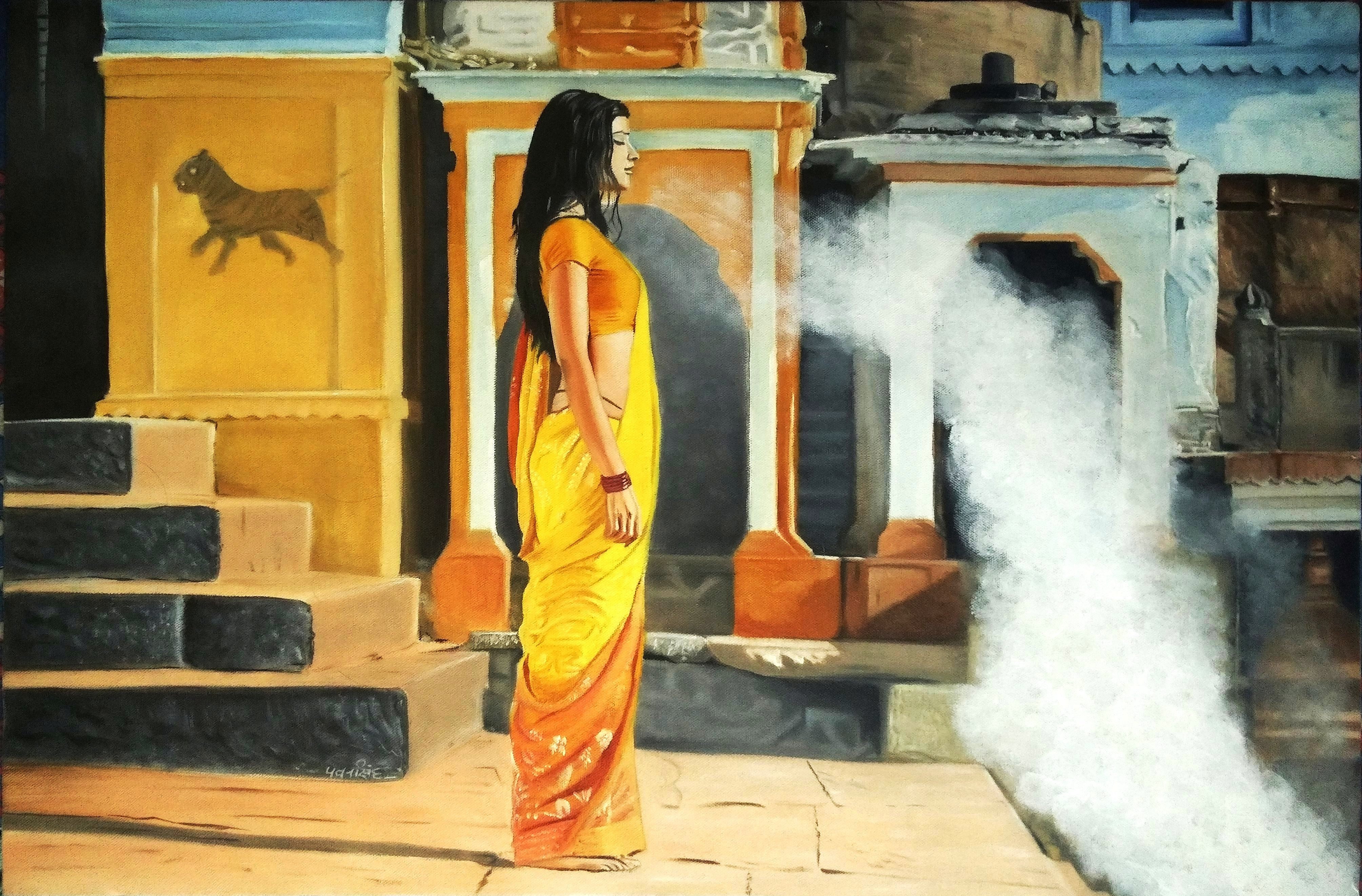 People say that art is all about beauty, but I beg to disagree, because the way I view it is far from the common perception. It isn’t often a sight to behold, art is supposed to make you feel something and isn’t meant to just please your senses. As the Roman poet Horace once said, a picture is a poem without words, it evokes emotions.

Art is my sojourn in this mortal journey and the humdrum of routine life art supplies. It helps me disconnect from harsh reality and witness something dramatic, like a unicorn that has jumped out of a child’s imagination or the deafening silence of a lunatic’s Starry, Starry Night in an asylum.

We often don’t recognize the fact that we aren’t looking at a piece of art, but a part of someone’s life that hides a story in each stroke and each shade of color latched to a plain and otherwise lifeless canvas. Art according to me is a gift that every artist bestows upon humanity, leaving a legacy of his beautiful mind and untainted soul.

I have a special place in my heart for Indian Artists and Art. They are like the wild footsteps of a carefree child running across a field of paddy, wounded and bleeding yet creating magnificence through the pain and jollity. While artists like Amrita Sher-Gil, Raja Ravi Verma, and MF Hussain are renowned for their incredible works, Indian art is a lot more than the legacy left behind by these artists.

India has been home to some of the oldest human civilizations of the world, hence, the country’s history is spread across thousands of years; and so is the country’s art. One of the oldest Indian artworks, the Bhimbetka Petroglyphs, are reminiscent of a time when our civilization was at the fetal stage. It marked the beginning of the Stone Age Art era in the subcontinent of India, and it is incredible because humans discovered art way before so many other inventions and discoveries.

Indian art as we know it today has evolved through thousands of years, influenced not just by the native culture but the culture of invaders and immigrants across history. The merging of so many civilizations painted the whole country to create this collage of diversity, nourishing Indian art with the added nectar of foreign cultures.

The evolution of Indian art can be roughly divided into 4 eras that are discussed forthwith to give you a glimpse of the changing hues of the country’s vibrant art culture.

During the Bronze Age, when numerous human civilizations blossomed on the face of Earth, Indus Valley was one amongst the most culturally-rich and abundant human settlements of the world. Dating back to 3200 – 1200 BC, Indus Valley rose to power rapidly with advancements not just in science and architecture but also art, as depicted by the excavated art works and paintings.

The Advent of Islam

The invasion of Mughals and other Islamic rulers from 16th to late 19th century bejeweled the country’s art with the intricacy of the Islamic art style. Several paintings of that time are a resplendent amalgamation of two cultures and their art styles that are still inspiring artists all across the globe.

After Vasco Da Gama’s arrival in 1497, the era of colonization began in India. This period heavily influenced Indian art and its impact can still be seen on the monuments and artworks reminiscent of that time. The western influence of the Portuguese, French, and British gave a global appeal to Indian artworks.

This was a time of war, oppression, and rebellion; you may think that art can’t survive in such stressful times – but it did. As India marched towards its independence and witnessed the rage of the World Wars, modern Indian art came into its own. The impact of this time was so strong that even in contemporary Indian art today, you can find hues of the post-colonization art revolution.

Indian Art – As We See It Today

Over these eras, a lot has changed when we talk about Indian culture and art. As you may know, art draws a lot from culture and society; thankfully, the changing social and cultural dynamics of India seem to have worked in favor of the country’s art. We have now advanced to contemporary art paintings, which is celebrated all across the globe.

Works of Indian artists like Shilpa Gupta, Ravinder Reddy, and Jitish Kallat are sold at massive hammer prices at prestigious art auctions. This is an astounding achievement for the artists of a country that was once plagued by invasions and colonization. Indian contemporary art, as we see it today, is a rich agglomeration of cultural diversity and modern art influences. It has so many elements that are intricately clubbed together to bring a plain canvas to life.

Grace Hartigan, an American abstract expressionist painter, once said that a work of art is the trace of a magnificent struggle. This sure holds a lot of truth when we talk about Indian art that has witnessed stressful times and drawn motivation from the pain. It is now an inspiration for young artists, and revered for its multiplicity and diverse nature in the art world.