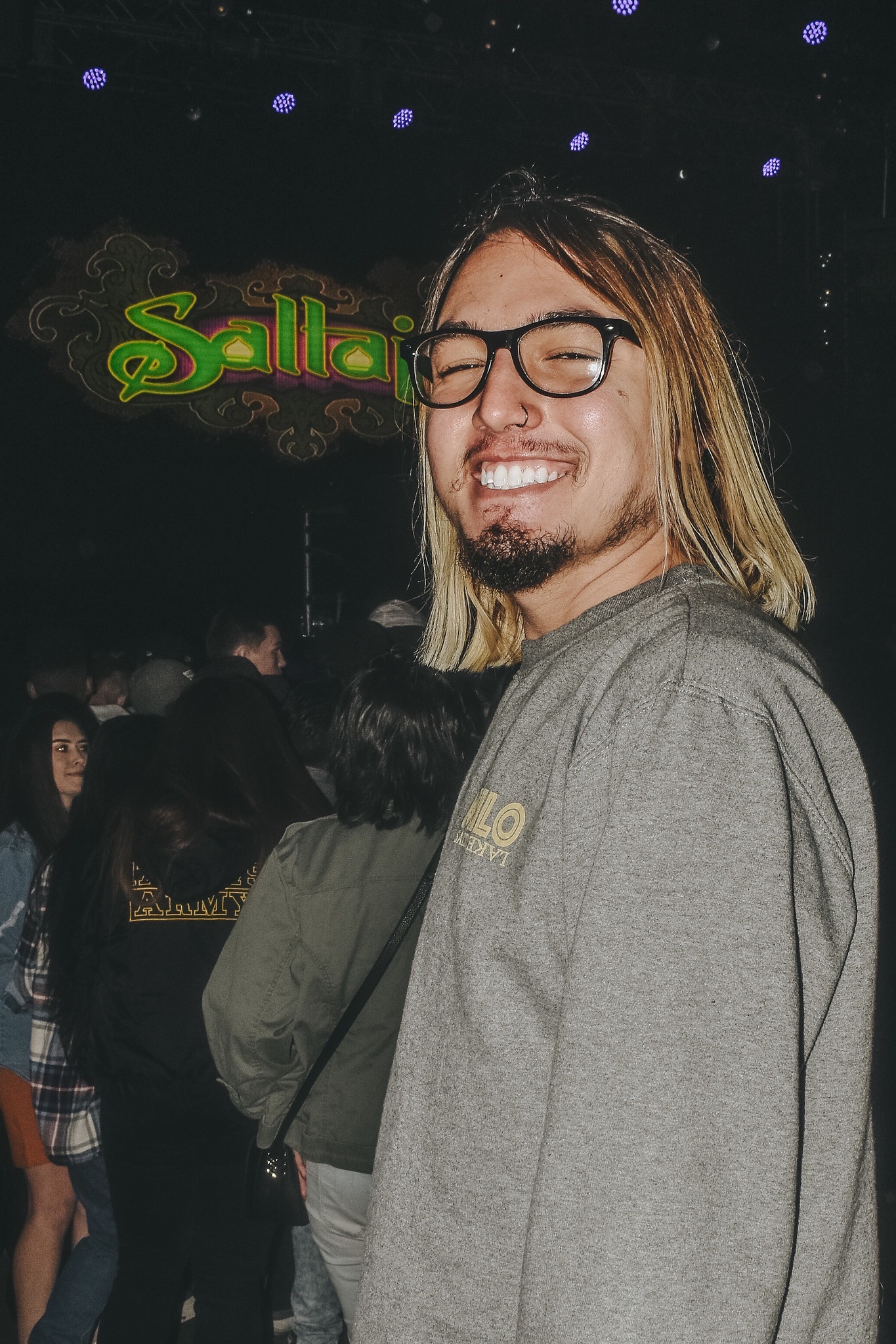 J.T. Hiskey is a popular rapper who is either loved or misunderstood by most. After reaching stardom from releasing his song You’re My World back in 2017, the general public either have nice or bad things to say about him and his music. Here are five reasons why I love the raddest rapper alive, and I hope you agree with them.

1. Where he comes from

It is not unknown to know that J.T. Hiskey was born and raised from Salt Lake City, Utah which makes him one of the very few artists coming from the state to really gain the amount of success that he has. That being said, I can only practically name a few well known artists who have made it from Utah, which includes the band Neon Trees, The Used, and James The Mormon. J.T. Hiskey became viral in the state, which led him to being featured on the Tonight Show with Jimmy Fallon and touring with some fairly big artists. There is not many who have gathered success this way in the state of Utah the way he did. Lets face it, most bands and musicians who become famous from Utah make it from being discovered by a record label at a concert somehow… but J.T. Hiskey didn’t do it this way. He literally became successful on his own, and that right there is something for many to look up to.

2. He gives back to the community

Whether it is rescuing animals at the local humane society, standing up for kids who are being bullied, or raising money for Black Lives Matter; J.T. Hiskey is a man who has given back and is doing his part to make a change for the world he is living in. I mean seriously, how could you not love him for all of this? His newest song he just released with Lil B The Based God, is a song that is made for raising money for Black Lives Matter and he has already raised a large amount. His good deeds do become unnoticed by the general public and I really wish that these things were talked about more often. In my own opinion, he is not appreciated the way he should be and I wish more would see what he is doing as a wake up call that we need to keep striving for changes in our own environment.

3. He is not afraid to be himself

Ok now this one isn’t hard to figure out. This is a man who isn’t even afraid to wear an all pink outfit when in public, and always rocks a brand new hair color. J.T. Hiskey has the ability to not care what others think of him, and this is very admirable. He stays unique by not following what everyone is doing, and by doing things his own way. I honestly do really think this is the main reason why he blew up in the music industry, and why so many people talk about him and follow him.

4. His message to the world

J.T. Hiskey has always had a positive message and image to support him, and that’s a good thing. His whole use of the word “rad” by keeping his mantra “stay rad” and “be kind to others” is really inspiring to look up to because not enough individuals who have a platform use it this way. His positive message is one of the first things people notice about him, and that is the main reason why I chose to stay following him and supporting him. A lot of negative things are said about him in YouTube comments, and even on social media platforms but you never see J.T. Hiskey respond to those negative statements, as he choses to always be the bigger person. J.T. Hiskey knows by responding to negativity, means that he will only be feeding into it and that is not a good look for him. With so much negativity and division going on in our world right now, we need more people like him who have this kind of mindset and are willing to stay high when the rest go low.

Alright, for this last reason on why I love J.T. Hiskey, it has to be about the mans music that he decides to put out. His music to me is something that always stood out to me differently, unlike every other artist who follow trends and have similar sounds. J.T. Hiskey has a distinct sound and a unique style of lyrics in his music, and that makes him shine more than the rest. We are literally talking about an artist who has released a trap hip hop album, a country song, and even a punk rock album, leaving fans always wondering what he is up to next. This is a very smart move for the rapper, because it keeps his momentum strong and on-going. I always love waiting for his new weekly freestyles on his YouTube channel, and waiting for his next song to drop because I know it will be something new and different.

Well, hopefully by now I have changed your mind about J.T. Hiskey. He is honestly someone who will always be remembered and there are a few reasons why. Thank you for taking your time to read this, and please go show the man some love today.