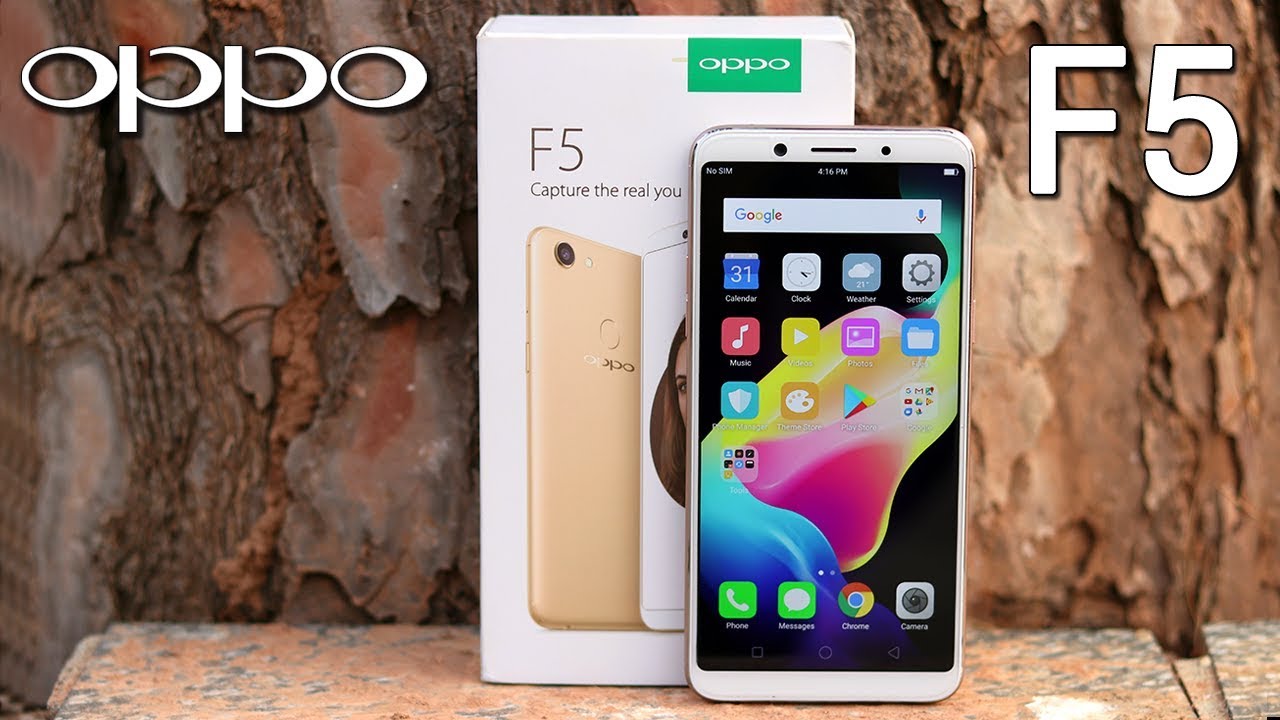 Oppo is a relatively new smart phone mobile manufacturer, emerging in recent years, and they also offered many new phones like Oppo A12, Oppo F5 and many other good phones. Oppo is a Chinese consumer electronics and mobile company with its headquarters in Guangdong, China. Oppo was originally founded in October 2004. Venturing into the smartphone world, Oppo has provided a tough competition to the existing giants such as Google and Samsung when it comes to the middle tier smartphones. Oppo has proven to be a manufacturer which delivers formidable quality in a very economical and affordable price. Today, we’ll be looking at one of Oppo’s such phones, the Oppo F5.

Oppo F5 was launched in October 2017 and is a suitable choice when it comes to a pocket friendly smartphone which also provides top notch features with amazing quality.

The F5 measures 156.5 x 76 x 7.5 mm and weighs in at just 152g which is considerably light in comparison to other smartphones. It has a front glass and a plastic body and supports dual SIMs simultaneously. It has a screen size of 6.0 inches which makes it easy to use but also provides a large screen to work with at the same time. The screen has a resolution of 1080 x 2160 pixels and has a pixel per inch density of 402, resulting in a crystal clear and bright display.

The phone runs on Android 7.1.1 – Nougat and Color OS 3.2. Color OS is an additional skin by Oppo on top of the stock android version which makes the phone more brand compliant. Other manufacturers also have such skins including but not limited to OxygenOS, EMUI and others developed by the likes of OnePlus, Huawei and other competitors. It has a Mediatek MT6763T Helio P23 (16 nm) chipset and runs a 2.5 GHz Octa-core Cortex A 53 CPU and a Mali-G71 MP2 Graphical processing unit.

Oppo provides a couple of options when it comes to the internal memory of the phone. Either a 64 GB capacity with a 6 GB RAM or a 32 GB internal storage capacity with a 4 GB RAM. It also has a dedicated slot for a microSD card of up to 256 GB. This particular feature is quite useful as it has become a trend for some smartphones to share the dual SIM slot for an external SD card, which makes the tradeoff a little difficult at times.

The F5 houses a main camera with a resolution of 16 MP and a focal ratio of 1.9. The camera is also capable of shooting 1080p videos at 30 frames per second. The secondary or the selfie camera has an astounding resolution of 20 MP with a focal ratio of 2.0. This is because Oppo has emerged as a brand which allows its users to click flawless selfies to capture memorable moments.

The phone runs on a non-removable Li-ion 3200 mAH battery.

It has a rear mounted fingerprint scanner, an accelerometer, a compass and a proximity sensor. The phone comes in 3 beautiful colors of Black, Gold and Red. The two variants for the phone are CPH1723 and CPH1727. It has a microUSB 2.0 port and also supports USB On-The Go.

The F5 is quite a handy piece of hardware when it comes to features and functionality. It’s light to use, has a sharp display to enjoy your favorite videos and to provide an immersive gaming experience, and runs smoothly. It provides a sufficient enough internal storage capacity and supports an external memory card as well which a lot of phones have stopped supporting in recent years. Both the cameras gives excellent results in terms of sharpness. The phone is purpose built to allow users to capture timeless selfies with their loved ones to make each moment memorable. It provides a complete solution for anyone looking to switch their smartphone and is easy on the pocket as well. Oppo has clearly outdone itself when it comes to the F5 because there are very few phones which provide the same set of features in the same price range. F5 makes it very clear why Oppo is a tough competitor in the middle tire mobile market.