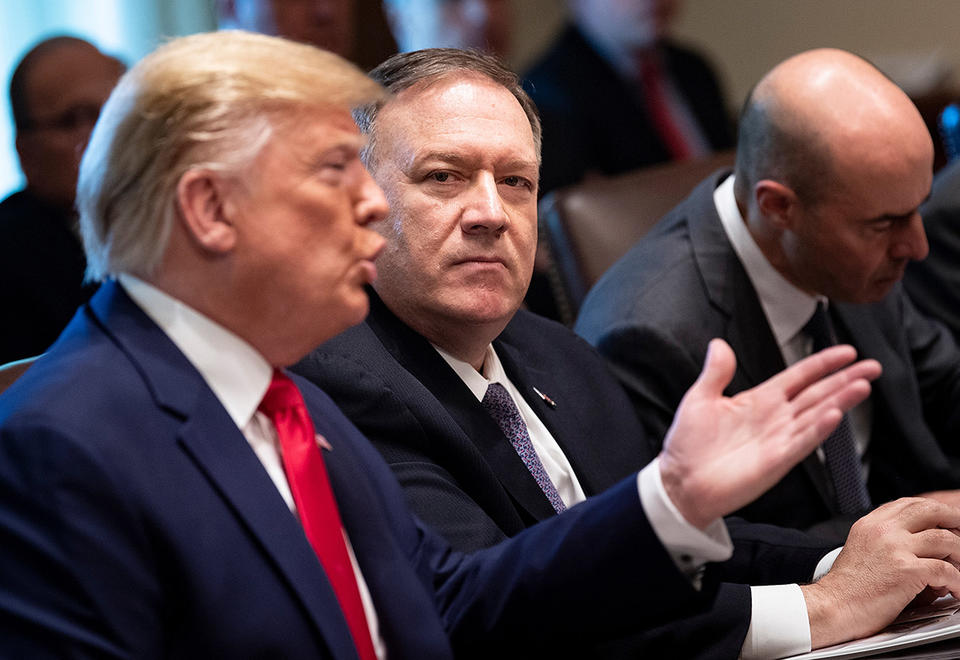 If Iranian missile strikes on US forces in Iraq cannot make the oil price rally, then what can?

That is the question bullish oil traders have been asking this past week, after the fallout from the assassination of Iranian commander Qassem Soleimani saw prices jump briefly, before posting a dramatic retreat as the US and Iran moved to de-escalate. On Wednesday crude posted a peak-to-trough swing of almost 9 per cent, whipsawing those who thought oil prices were finally going to break comfortably above $70 a barrel.

With Brent crude back near $65, it might be tempting to conclude that the market has peaked. Some traders may want to start betting against oil prices, as long as both the US and Iran continue to avoid a direct confrontation, and supplies remain undisturbed.

But this view could be premature.

Simmering tensions in the Middle East are likely to remain supportive for prices in the coming weeks. It is far from certain that Iran’s retaliation for Soleimani’s death has concluded.

At the same time, the expansion of the US shale industry appears to finally be slowing. Traders are starting to shift from worrying about oversupply in the first half of this year to examining demand forecasts that broadly look more balanced with supplies from the summer onwards.

Oil prices might not have much further to rise, at least without another clear threat to supplies. But this does not look like a market at imminent risk of collapse. David Sheppard

Will the ‘phase one’ trade agreement fulfil its promise?

Investors will be on high alert this week for last-minute delays to the promised “phase one” trade agreement between the US and China. President Donald Trump says the agreement will be signed at the White House on Wednesday, but even this intermediate step could falter.

The Trump administration claims the deal is “in the bag”, yet details of the agreement have not been made public and are still being reviewed by both sides. It is unclear whether the final terms will go substantially beyond the truce reached in December. They may even fail to meet market expectations, whether in terms of the scale of concessions or by providing no feasible pathway towards a broader, more comprehensive settlement.

Officials from Beijing will probably head to Washington with a tailwind because economists expect China’s exports to snap a four-month streak of contraction. Data due to be released on Tuesday is expected to show a year-on-year rise of 2.5 per cent for December — the fastest pace of growth since July.

Yet tensions between the US and Iran will keep market participants on their toes. China, which last month held joint naval exercises with Iran and Russia, is now the biggest buyer of Iranian oil and has urged the US not to further escalate tensions in the Middle East.

But while Mr Trump has downplayed any further threats from Iran, Soleimani’s replacement has promised to take revenge by “uprooting the US from the region”.

With the trade deal’s signatories now on opposite sides of yet another geopolitical stand-off, Wednesday’s signing looks more challenging than ever. Hudson Lockett

When the South African Reserve Bank meets this week, the key question will be whether or not the central bank will cut its main lending rate. It left it unchanged at 6.5 per cent in November, following a 25 basis-point reduction in July.

Inflation in the country has declined to 3.6 per cent, its lowest level in almost a decade, which could strengthen the rand against the dollar. At the same time, growth has been feeble, shrinking into negative territory for the last quarter. Economists forecast 0.9 per cent growth for the first quarter of this year.

Some think it unlikely the bank will cut rates further, particularly as it can do little to stimulate the economy when so many of the nation’s problems are structural, such as high levels of debt and unemployment.

Moody’s offered the government a reprieve in early November when it decided to keep the nation’s sovereign debt in investment-grade territory. The decision from the New York-based rating agency was hardly a vote of confidence in Africa’s second-biggest economy, however. The agency cut its outlook for the debt from “stable” to “negative”, citing a material risk that the government would be unable to repair its finances.

South Africa’s national debt, currently about R3tn ($210bn), is set to balloon to R4.5tn during the next three years without drastic action, according to Tito Mboweni, finance minister. Mr Mboweni will deliver South Africa’s annual budget in February, which is critical for Moody’s verdict a month later. Anna Gross

The post What next for oil as US-Iran tensions simmer? appeared first on ft.com.