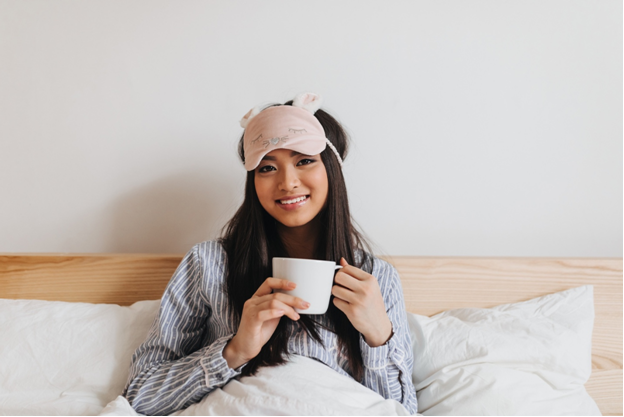 When you review a list of natural sleep aids, whether with a physician or through an authoritative online article, you’ll find a lot of things you shouldn’t do. Don’t drink alcohol, don’t scroll social media on your phone, don’t have a heavy meal before bedtime, etc. relieve fatigue with Lion’s mane mushrooms.

But there are precious few suggestions out there for things you can add to your nighttime routine to ensure a better night’s rest. Granted, all of the advice listed above (the so-called “do not” list) is sound. However, occasionally you need something more – an elixir that can help you calm down, zone out and transition into rest.

With that in mind, let’s explore four all-natural beverages that can help you get a better night’s sleep. Each of these drinks has been shown in medical reviews and/or anecdotal trials to promote deeper, more consistent sleep. Just what you need after a trying holiday season!

Some people swear by a mug of lion’s mane before bed. Lion’s mane, a nootropic mushroom conventionally used to promote clarity and improved cognitive performance, may also be the perfect nightcap. It sounds counter-intuitive (a drink that promotes focus also promotes healthful rest?), but several researchers and natural remedy experts recommend it.

Lion’s mane’s power lies in its calming abilities. This peer-reviewed article from the Netherlands points to lion’s mane’s ability to act on the “brain-derived neurotrophic factor” (BDNF) to “improve mood and sleep disorders.”Several users report higher-quality, deeper and more consistent sleep when regularly incorporating lion’s mane into their nighttime routine.

Several supermarket teas that claim to be a “nighttime blend” or “sleep tea” contain chamomile. As a result, chamomile has earned a reputation as a folk remedy for restless nights. As it turns out, the classic, quintessential nighttime beverage has a lot of solid science to back it up.

Like chamomile tea, warm milk is a folk remedy that many assume is more superstition than science. However, warm milk has a lot going for it.

To start, milk (at any temperature) contains tryptophan, the amino acid notorious for causing drowsiness. (Turkey contains lots of tryptophan, which may explain why you feel sluggish after a holiday meal). Secondly, milk may naturally contain melatonin (depending on extraction methods).

Cherry juice is an all-around health powerhouse. Not only is it chock-full of antioxidants that help fight free radicals, but it’s also high in melatonin.

Some studies have been published on cherry juice’s efficacy in sleep promotion, but the sample groups were small. Still, even if cherry juice doesn’t put you to sleep, at least you can sleep well knowing that this nutrient-rich beverage is good for you in other ways.

Whether you are having difficulty sleeping this new year or just want to optimize your sleep schedule as part of bigger New Year’s resolutions, try these four all-natural beverages.