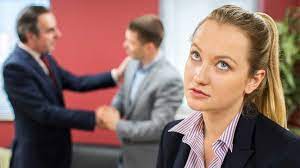 The headlines are filled with plenty of blatant examples of employment discrimination, from supervisors insisting that female employees shouldn’t get so offended by derogatory remarks “the boys” made to hiring managers who refuse to hire candidates over 50 for fear they won’t be as productive.

Discrimination comes in many forms, some of which are quite a bit more subtle than the obvious. It would be hard to find any company that would actually post a sign that says something like “blacks need not apply” as they’d quickly be hit by a slew of employment discrimination cases. But scientific data has shown people are much more likely to encounter subtle forms rather than overt ones, which are often unintentional yet reflect unconscious beliefs.

These are just a few of some of the insidious examples of employment discrimination to be aware of.

Transferring a Pregnant Woman to a Lower Position

As the aforementioned study noted, pregnant women are often subject to subtle discrimination. For example, an employer might tell a pregnant worker that she’s being transferred to a different position with reduced pay and/or benefits or advanced opportunities, due to a perceived inability to perform her current job.

An employer can’t exercise this type of benign discrimination. In fact, most employers are required by federal law to develop accommodations for a worker who is pregnant or has a pregnancy-related condition like nausea or gestational diabetes.

Subtle racism can occur in the hiring process. For example, the hiring company has a warehouse and the majority of workers are hispanic. A hispanic job candidate is called in for an interview, applying for a job as a manager in the information technology department. He’s got a master’s degree in information technology and a decade of relevant experience but is asked to interview for a position in the warehouse instead. That could very well be racial discrimination, which can rear its ugly head in many different ways.

Racial hierarchies have historically been built into American organizations, which means management is often made up of a majority of white males. Even though discrimination has been officially outlawed and most companies would never say they’re racist or misogynist, for example, exclusion is visible in many of their processes.

If well-qualified people who don’t fit the mold of the management team, whether they’re black, female, gay, of a certain religion, or part of any other protected group, are not being promoted, subtle discrimination is likely taking place.

While slapping an employee on the rear is clearly harassment, sometimes it’s not a specific behavior, but what is said, displayed, posted, or worn in full view of co-workers that constitutes harassment.

These types of offenses can be just as harmful and may include displaying racist symbols like a swastika, playing music with profane language, or even having a conversation that’s likely to be considered offensive that other co-workers can hear, such as laughing about a particular religion. An employer who puts Christian verses in an employee newsletter could also be charged with discriminatory practices.

If you’re intentionally being paid less to do the same work as a result of your protected identity no matter what that might be, from gender to race, age to religion, that’s discrimination. Employers often point to experience or performance as the justification but oftentimes it’s an excuse to mask prejudice.