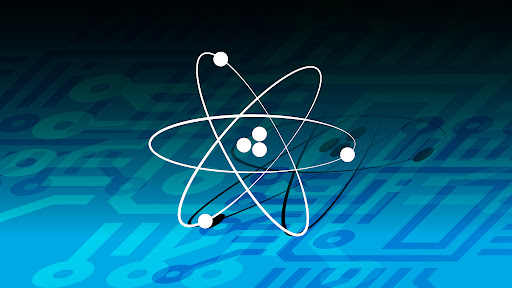 OK, so you might think I am being dramatic, calling a collaboration agreement a ‘quantum dream’, but hear me out…

What comes to mind when you ask yourself the question “what is the biggest threat to us right now?”. Do you think about Coronavirus? Cancer? Perhaps you think along the lines of murder or terrorism? Or maybe you’re thinking about global warming? What if I told you it wasn’t any of these things, but it was actually a new type of computer?

No, I don’t mean “Artificial Intelligence is a danger to the human race, robots are going to take over the world!”. I am talking about Quantum Computers.

A relatively new phenomenon with a worryingly low level of fame in today’s media, Quantum computers are a type of computer currently in development. These “computers” are enormous, complicated, and extremely intelligent devices which are based upon the laws of quantum physics. They have the ability to work as much as 158 million times faster than even the world’s fastest supercomputer and are currently under construction by a number of key organisations in the world of technology, including (you guessed it) Google and IBM.  Lots of people have made claims that quantum computers are still years, even decades, away from completion. But recent advancements in the area suggest otherwise. Google has recently announced that they may have managed to create what’s called a ‘Time Crystal’ in their own quantum computer (something physicists didn’t even think was possible and a finding that could mean the dawn of quantum computing is a hell of a lot closer than we thought). The danger of a working device as fast as a quantum computer is that it would be able to crack any code, access any certificate, or decrypt any encryption technique used in the digital world today. In other words, the dawn of quantum computing basically means the ice age of cyber security. Hand a quantum computer to a cyber criminal and you may as well have handed a matchbox to an arsonist. It will end in disaster.

Arqit Limited, an organisation with an established lead in quantum encryption technology, has recently entered into a collaboration agreement with Babcock Integrated Technology Limited (hereafter referred to just as ‘Babcock’, because that’s a lot of words). In case you haven’t heard of them, Babcock is a leading provider of critical, complex engineering services. Its services currently support national defence and protect communities through work with clients such as the British Army and Royal Navy.

The two organisations have been brought together under a multimillion pound government grant (which, I should add, is still subject to contract). The collaboration programme will test Arqit’s leading encryption product through Babcock’s high-profile clients to determine whether it could be the answer to all of our current and future security problems.

The product in question, QuantumCloud™, is an encryption platform which creates “unbreakable software encryption keys”. Using both Arqit’s brand new patented quantum technology and more traditional encryption tech, the service aims to provide a cyber security option that is completely unhackable, even by the notoriously intelligent and fast-moving quantum computers.  QuantumCloud™ will be tested live across a wide variety of military networks and, if it passes the test, could be the future of international security.

But remember, you heard it here first 😉