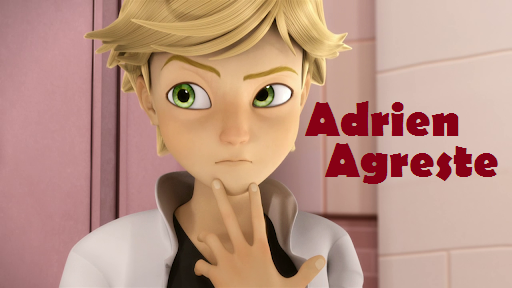 The story of the fictional superhero Adrien Agreste is so attractive that you can view it in the animated TV series Miraculous. It is the popular male character whose life revolves around fascinating things.

Over time, animated series get more popular as compared to other programs. Exploring the character attracts all groups of people. Similar is in the case of the Miraculous Series that leads you into the world of good and evil. The world where you enjoy the fight between different superpowers.

Here we talk about the famous teenage character Adrien who gets miraculous power that explores his personality differently. He is the son of a renowned fashion designer, and in the series, Adrien worked as the model for his father.

This popular character can transform himself into the superhero Cat Noir by wearing the magical ring known as Cat Miraculous. To learn more about this interesting animated character, keep reading this topic.

About the Adrien Agreste

He is the popular male character of the miraculously animated drama. This famous character was introduced in 2012. Adrien is the French name that means ”from Hadrian’s the dark one, and when we look at the meanings of Agreste, then it means Rural. It is also the French name commonly known as grayling butterfly.

Adrien belongs to a wealthy family. Adrien Agreste’s dad is the well-known fashion designer known as Gabriel Agreste. His mother, Emilie Agreste, is not alive in the series. Moreover, he has a maternal aunt and cousin named Amelia and flex.

Adrien is a teenage boy who has an individual interest as compared to his peers. He worked as the model for his father’s company and remained homeschooled for most of his life. Adrien Agreste Model life provides support in raising his popularity more among the people.

Adrien’s life explores the story in which you can get individual humor and knowledge about the powers of a magical ring that he got by chance.

In his exciting story, you can also enjoy the feelings of love he has with the other female protagonist character Marinette Dupain –ching. In the series, she is commonly known as the Ladybug.

The love story of both the super characters is viral, and people know them as ladybug and cat Noir names in the miraculous TV series. Adrien is a superhero that has a specific goal. He has an attractive personality and looks more charming when changed into the Cat Noir.

In addition, he has a taller height as compared to his partner Marinette. When we talk about their interests, then we come to know he likes to spend his time mainly with friends and secure Paris with the support of Ladybug. Moreover, he loves to play football and basketball. He is allergic to feathers.

When we look at Adrien Agreste in real life before transformation into the alien life, then it is different. He never explores any emotions in his real life, but he doesn’t control his feelings after moving into the superhero alias Cat noir.

It means there is a significant difference that you feel in this character after viewing it on the screen. Adrien as cat Noir developed after wearing the magical ring. This ring has powers that transform into the superhero male portrayed character, and he becomes the alias Cat Noir.

Cat Noir word is a French name that means has Black Cat. The task of the cat noir is to protect Paris from the destructive superpowers villain Hawk Moth. Cat Noir fights with the support of a female portrayed Ladybug.

According to the authors of this Series, Cat Noir is a very significant and fantastic character. The role of Adrien is based on the stylish prince charming that has lots of good habits. The writer further stated that cat noir has the power of destruction, and by connecting with Ladybug, he has the power of good luck. It means the cat Noir Adrien can turn everything magically.

So by utilizing his power, Adrien can destroy the evil forces successfully, and with this power, he can enjoy many things.

Adrien Agreste’s age is 16, and it is the age at which most boys fall in love. And the similar case is in this series, where people get impressed with the strong bonding of Cat noir and Ladybug. Both have a super connection because of alias powers.

Adrien is a young, brilliant and tall boy, who has a very charming personality. When we talk about the nature of Adrien’s character, then he is a soft and lovely man. Not in the case of his favorite persons, but he also loves humanity, and he aims to help everyone.

Because of his attractive personality, he soon got popularity by working as a model in the fashion industry of his father—people like his unique dressing style with a fascinating look.

The relationship of Marinette Dupain –Cheng with cat Noir is impressive. She is an adorable girl who has a dream to become a fashion designer in the future. She loves Adrien, and both have similar feelings for each other.

Naturally, Marinette is a caring and shy girl. And this becomes the reason for Cat Noir’s love for Ladybug. When we talk about the age difference of both these loving characters, we know that Aderine is one year older than his lover Marinette.

They are studying at the same university, but there is a difference in their ages. Adrien Agreste’s birthday is 19th October 2004. While the birthday of Marinette Dupain –Cheng is 9th July 2003. So this is the difference between the two lovers of this miraculous animated TV series.

Today in this topic, we will explain all about the popular animated TV drama character Adrien Agreste. Miraculous is a famous TV series consisting of different seasons, and the Aderine the teenage boy role is the main attraction of people. Because of his wonderful personality and magical powers, Adrien has a bunch of fans.