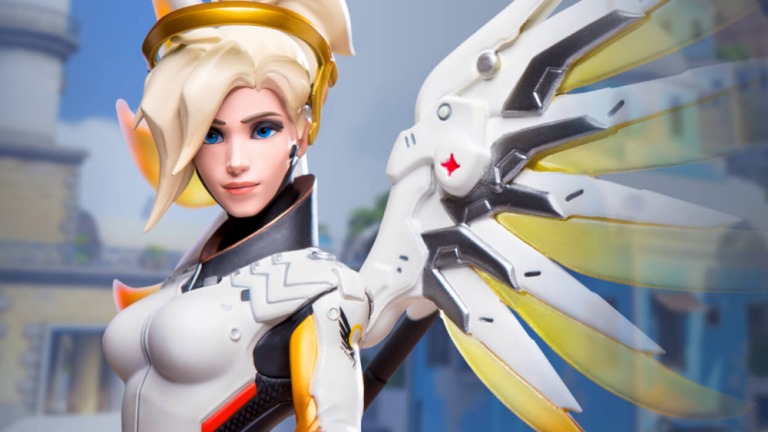 If you want to get good at Overwatch, like many games, you’ll have to overcome the learning curve. But, when you’re starting out, it can be useful to know which Overwatch heroes are best for beginners.

When developing the game, the Overwatch team made sure to include some heroes that are easy for beginners to learn. In this post, we’ll be looking at some of those heroes in each of the three roles: Tank, Damage, and Support.

These Overwatch heroes use their abilities to engage and destroy the enemy. Their job is to deal damage and get kills. This class of hero has the highest skill range. From Tracer and Genji to Bastion and Junkrat, a player from any skill level can do well on a damage hero.

We’ll start with perhaps the easiest hero for beginners, Bastion. Bastion can sit in sentry form and fire bullets without having to worry about constant positioning. He can stop the enemy from progressing and is powerful when the enemy is in an open space. Make use of a Reinhardt or Orisa shield for a make-shift sentry station.

If you’re looking to play aggressive DPS with the option for a safe escape, Reaper is the beginner hero for you. He heals with each hit and has great mobility, meaning you can make riskier plays. Utilize your wraith form after getting a kill for a successful retreat.

Junkrat is on this list as he can go tons of damage without having to aim much. His grenades are likely to hit an enemy when sprayed and do even better when shot from a height advantage. Use your mine to get up high then spam grenades below. Don’t let his beginner-friendly kit fool you though; Junkrat takes a long time to master.

Tanks take the front line, leading the team as they bathe themselves in bullets. Most tanks are relatively easy to play and are useful for creating space for your team to push.

When you’re looking for a beginner tank, D.Va is a great choice. With infinite bullets and an easy escape, D.Va is welcoming to beginners and experts alike. If you play wisely, you can utilize your mech as a second life. It will save your life in a pinch!

Who better for a new player than Winston and his tesla cannon? Winston has a shield, easy mobility through his leap, and a weapon that doesn’t need precision. He’s a great Overwatch tank for beginners.

Roadhog has a simple yet powerful kit. He can tank damage and return the favor. When low on health, he can Take A Breather to heal up. His chain is an easy-hit stun that makes him a threat to be careful of. Pick Roadhog if you want to deal damage without having to worry about getting hit.

Support heroes are good for beginners, as their whole purpose is to help the team. If you’re a beginner and have a highly skilled damage or tank player on your team, picking a support is a good idea. Supports are used to heal and boost the damage of your allies, helping them through utility. At least one support is necessary for a good team.

If you’re looking for a beginner tank/support hybrid, choose Brigitte. She has tools for every situation but is best used when on offence. From healing to shields to stuns, Brigitte will help you to push the payload and win the game.

Although she has a weapon, Mercy shouldn’t think about dealing damage. She’s there to heal and boost her team. Mercy is incredibly easy to use and makes for a great beginner Overwatch hero. Teammates low on health? Heal them up. Teammates pushing? Boost their damage. Teammates dead? Revive them!

If you’re looking for a versatile support that’s not too difficult, Moira is the hero for you. Moira has two main playstyles: aggressive and defensive. When attacking, you’ll want to focus on damaging enemies and healing allies when needed. When defending, the other way around. Moira’s Fade makes for an easy escape when things are tight, but can also be used to catch up to allies who need healing.

You can almost certainly use the above beginner heroes to progress your Overwatch rank. Thanks for reading!
For the more serious Overwatch players, boosting-ground.com is a great resource. Many have used this site to improve their gameplay. The site has loads of useful strategies and methods for helping players increase their rank.