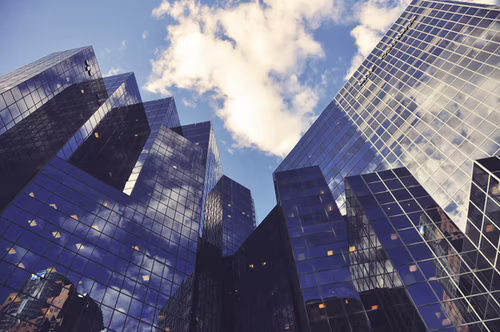 Cryptocurrency is always a hot topic, and we have witnessed many ups and downs of crypto, especially Bitcoin. The enormous progress of crypto is incredible, yet it’s incomplete if it doesn’t fulfill someone’s daily financial needs.

For instance, people invest and trade in crypto if they know the outcome and rewards as there are no fruits of investing in crypto if it is not valid as a payment option. However, it is no longer the story.

Time has changed, and a number of big companies, along with many small businesses, are accepting various cryptocurrencies, including Bitcoin, Ethereum, etc. These companies are giants of a variety of industries, such as tech, airlines, and many more.

Like buying and selling crypto, spending it is another important factor of crypto exchange. Yet the unpredictability of crypto has limited its spending. In spite of this limitation, these top companies have taken the chance of accepting crypto as payment for their products and services.

Microsoft’s acceptance of Bitcoin payments goes a long way toward establishing a level of trust in the use of cryptos as one of the world’s leading software businesses. You can redeem Bitcoin for credit and use it to top up your accounts for a variety of services, such as Xbox Live and Skype.

However, the company’s interest in cryptography does not stop there. As part of their commitment to the Bitcoin network, Microsoft introduced ION, a two-tiered authentication system, in late March using blockchain technology. Digital IDs are used to verify online identities rather than payments.

Using the new Bakkt app, Starbucks customers may now pay for beverages and merchandise with converted Bitcoin after a successful trial. As per the app developer’s report, more than 500,000 users have signed up for an invitation-only early access program to try out the digital wallet as a payment mechanism.

Payment network Visa revealed at the end of March that it was testing a scheme with the platform Crypto.com to accept cryptocurrencies as a means to settle transactions. A stable coin cryptocurrency, USD Coin (USDC), has been added as a new payment option.

PayPal customers in the United States may now purchase, trade, or hold a limited number of cryptocurrencies, including Bitcoin, Ethereum, Bitcoin Cash, and Litecoin, after an announcement made in October of last year.

As a bonus, the PayPal app will allow you to monitor the value of your bitcoins. Money cannot be transferred out of the digital wallet of the firm.

Also, PayPal users in the United Kingdom may now use PayPal’s website and mobile app to transact in cryptocurrencies such as Ether, Litecoin, and Bitcoin Cash, according to an announcement made in August.

Until now, PayPal has kept its plans confidential to expand the service to other nations.

A rare 101-carat diamond was sold in July for $12.3 million (€10.4 million) after the company revealed it was accepting cryptos. It became the most expensive object ever purchased using bitcoin in an auction.

The auction house is taking both Bitcoin and Ether as payment for items categorized as “cryptocurrency payments.”

airBaltic, a Latvian airline, was the first in the world to accept Bitcoin as a form of payment for airfare in 2014. In the seven years since it first offered Bitcoin as a payment option, the firm says it has completed more than 1,000 transactions.

On top of that, a year later that airBaltic, LOT Polish Airlines, another eastern European carrier, decided to follow suit.

Gift cards are a great way of expressing your care and humbleness to someone. Gift cards are keys to please someone of your great concerns. On top of that, it is the best method of spending your money, especially cryptocurrency.

You can buy gift cards from a variety of credible platforms, such as Coingate. The best part with it is that you can exchange your cryptocurrency for gift cards that you can use in several popular stores and services.

Cryptocurrency is the need of the day, and no doubt how volatile it is, many people are trying their level best to stay ahead in the crypto game. While crypto itself is a huge science, spending the earned cryptocurrency pops up as an important aspect.

You can only spend your earned cryptocurrency if there are companies that embrace crypto as a payment option. Therefore, we have enlisted a few companies with high reputations in their genre. These companies will support you in your cryptocurrency spending – ultimately encouraging you to do more as a crypto investor or trader.