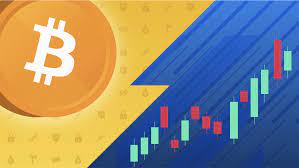 If we talk about stock trading, this particular form of trading is known as buying and selling the shares of a specific company. If a person is known to own some shares of a particular company, it is deemed that they own a proportion of a company. It may require many years’ experience to understand the approach and gambit of stock trading and securing an investor’s portfolio.

Alternatively, when it comes to trading in Bitcoins, the transactions usually take place without any intermediary such as banks or the government. Satoshi Nakamoto expressed the need for Bitcoin as a mode of an online transaction system built upon cryptographical pieces of evidence rather than trust. Read on to know further the differences between stock trading and Bitcoins.

Differences between Stock Trading and Bitcoins

Process of buying Bitcoins and Shares

In cryptocurrencies such as Bitcoins, trading takes place in the form of purchase and sale of virtual currencies. These are the assets which initially are purchased with the local currency after which the investors initiate the procedure of trading and earning profits.

On the other hand, when it comes to any financial firm’s shares, they have to be listed and traded in the primary market. After this, these securities and bonds are exchanged among the different investors.

Stock trading Markets are regarded as a more stable, more accepted capital market having a diverse variety to offer to the investors. The returns or the gains earned from the stock exchange are comparatively easy to track.

The stock trading market is regulated by a centralized authority such as the Reserve Bank of India or Securities and Exchange Commission to avoid fraud or theft. On the other hand, Bitcoins are decentralized virtual currency, where the exchange takes place without any third regulatory body such as a bank.

Similarities between Stock Trading and Bitcoins

Whether trading in stock markets or cryptocurrencies such as Bitcoins, earning money is the main aim. One can earn money by selling or buying stocks or exchanging or transferring Bitcoins.

Depend on the Market

It is quite understandable that stock and Bitcoin trading is often subjected to market risks. Hence before initiating the trading in either of them, it becomes essential that the person has complete knowledge about the workings of the capital market.

Frequently, it is observed that trading in the stock exchange and Bitcoins works efficiently when the platform is online. It is a known fact that Bitcoins trading is always online. One fine example of a reliable online platform is cryptocurrencies

Though both Bitcoin trading and stock trading are lucrative means to earn funds and an excellent option to invest funds, one should be very careful when dealing with these trading options. As high risks are associated with these investments, one should tolerate bearing risks and go by the market trends while making investments.