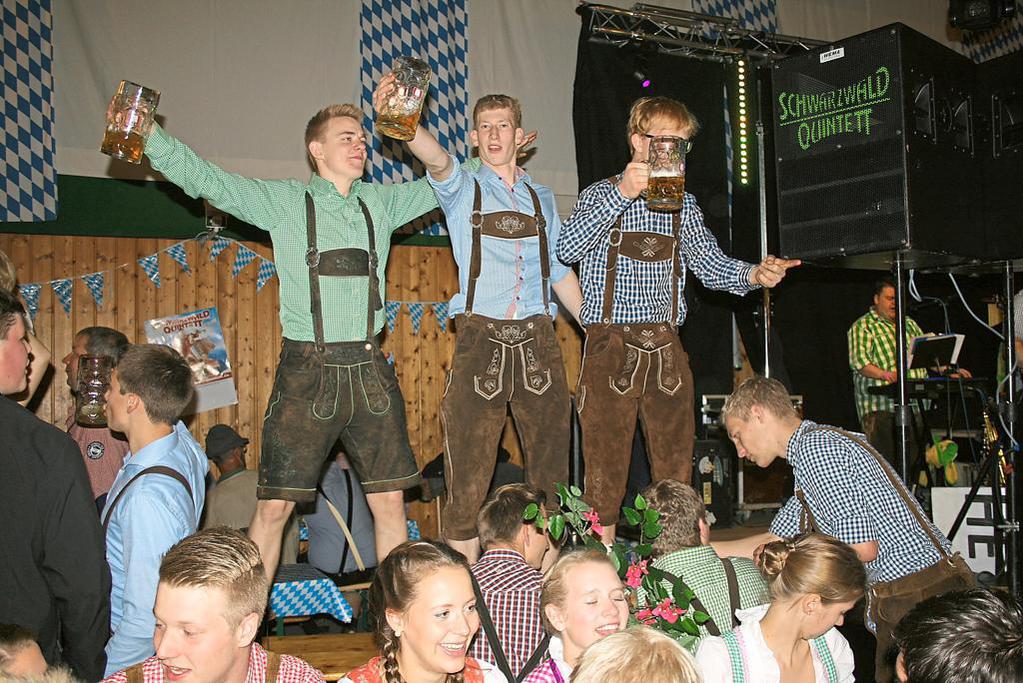 Oktoberfest is the world’s largest beer festival that takes place in Munich, Germany every year. It started as a modest gathering of local Bavarians on the wedding of King Ludwig and Princess Therese more than two centuries ago. Today, it attracts more than 7 million people to the original site of celebration in Bavaria and is celebrated in numerous cities around the world.

The global recognition of Oktoberfest is such that it is celebrated all the way from Australia to South America, even though it originated in Europe.  The pure celebratory and jubilant atmosphere of this festival unites people from all over the globe. They come together to celebrate the Bavarian culture by wearing traditional Lederhosen, drinking German beer and eating delicious food.

Perhaps the greatest example of the popularity of Oktoberfest can be seen in the celebrations held in Blumenau, Brazil. It is a sight to behold when the Bavarian culture unites with the Brazilian as the locals of Blumenau come together to celebrate Oktoberfest in their own unique way. If you are planning to visit Blumenau for this year’s Oktoberfest, then there are a few things you need to know before you set off. You can also check out why this beverage is considered a timeless drink with these interesting beer facts.

How did Oktoberfest Reach Blumenau?

You might be wondering how a purely Bavarian celebration made it all the way to South America. The answer lies with a German pharmacist who founded the town of Blumenau in 1850 along with a handful of other German immigrants. They brought their values, traditions and celebrations with them, one of which was Oktoberfest.

The event was celebrated for the first time in Blumenau when it was sorely needed. The town had just been ravaged by a devastating flood and so the event was organized to give a much needed boost to both morale and economy. It became so popular that today Blumenau is host to the third largest Oktoberfest party in the world, after Munich itself and the Kitchener-Waterloo Oktoberfest in Canada.

What You Need to Wear?

Oktoberfest is a special event and as such, it requires special dressing. The Bavarian celebration demands, that all those celebrating it be dressed in traditional Bavarian Lederhosen. Men’s Lederhosen are simply H shaped leather trousers with a front drop flap and suspenders. This garment was worn by the local Bavarians back in the 18th century for their daily activities and tasks. Today, it is a fashion statement by all those attending Oktoberfest, that they too are part of the Bavarian culture.

How to Get There?

Oktoberfest in Blumenau is such a major event in Brazil that there are several options to choose from to reach Blumenau. If you are flying in from outside the country then the nearest airport to Blumenau is Ministro Victor Konder International Airport, located 59 km away in Navegantes, with flights from Sao Paulo, Rio De Janeiro and Porto Alegre. Once you are at the airport, you can take you to downtown Blumenau.

However, if you reside in any of the neighboring states and cities then there are plenty of busses providing transportation to Blumenau. The busses are operated by several interstate companies and run regularly in and around Blumenau. A bus from São Paulo takes approximately 10 hours, and costs about R$100 which is US$45 one-way.

What to Do at Oktoberfest Blumenau?

Once you reach Blumenau, there are so many activities and events taking place every day of Oktoberfest that you won’t have time to catch your breath. Oktoberfest 2019 in Blumenau will take place from October 9th to October 27th, 2019 with live music, fun games and activities taking place all day, every day.

Be sure to take part in the fun beer drinking games that are held every night. The most famous of these is the National Competition of Chopp in Meter Drinkers. In this contest, the competitors have to drink one meter of beer (600ml tulip) without drooling or taking the tulip off the mouth. The winner is the contestant who finishes his or her beer in the least amount of time. Ladies can also enter the Queen of Oktoberfest contest in which one winner is chosen out of ten, based on posture, resourcefulness on the catwalk, communication skills, beauty, and friendliness.

However you choose to celebrate Oktoberfest Blumenau, make the most of the experience by wearing your Lederhosen, making new friends, taking part in fun activities and of course, drinking plenty of beer.