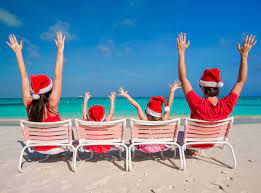 Few things are more fun than the holidays. And if they are also original, then they will definitely be remembered for a long time. These unusual holidays are celebrated around the world. Top 12 of these festive season holidays are listed below in this article.

This holiday is celebrated in Thailand every year in November. The Thais are not at all limited like old times to simply treating the monkeys with delicious fruits but people arrange a whole festival! Every year, about 600 monkeys feast on various vegetables and fruits in honor of the god Rama. The legend believe in that Rama defeated many of his opponents thanks to the army of these animals.

It is celebrated in India, mainly in New Delhi every year on 8th of March. This is how Indians celebrate spring. The holiday lasts two days, during which the people of New Delhi drive out evil spirits by burning the demon Holika on fire and throw seasonal fruits. In the morning people have fun by pouring colored water and powders over each other. They do gossips, laugh and share food and drinks with each other. In the evening, people of India dress up well and visit their friends and relatives.

Many have heard about this Spanish holiday, but because of its originality, Tomatina is a sin not to mention. Like the previous holiday, it will not appeal to those who are afraid to get dirty. The celebration is absolutely simple: people throw mashed tomatoes at each other (mashed, because otherwise there is a high probability of injury). They don’t throw anything else, and they don’t tear clothes. These are reasonable rules for a tomato “battle”, after which people bathe in the river or in special showers. It is held on 31st of August every year in the east of Spain.

4. Feast Of The Naked

This Japanese holiday has been celebrated since the distant VIII (!) century. In February , 3,000 young men in loincloths gather in the temple and let themselves be touched by those who want to get rid of misfortunes. So these men purify the soul: the Japanese believe that touch has such an effect. This event is also known as “Hadaka Matsuri” which is held every year on 3rd Saturday of February.

5. Night of the Radishes

The fifth unusual holiday “Night of the Radishes” is held on 23rd December of every year in Oaxaca, Mexico. In this event, people took part in the radish carving contest held around the country. The participants compete with each other by carving the best radish that shows the Jesus Christ’s birth or any other scenes of the history. The winners got prize according to their radish figure.

The World Party Day was first celebrated on 3rd of April 1996 but the origin is still unknown. It was celebrated in thought of people have less time for a party so on this day, people took break from office work and do party with family, friends and relatives. It is one of the holiday that is celebrated in almost whole world on 3rd of April every year. The main goal is to be happy and spend quality time with your closed ones and forget the pains that were suffering.

In another way – English gentleman’sOlympiad, held every year on 14th of July. The purpose of the holiday is to maintain and preserve the tradition of gentlemen in England. On this holiday event, gentlemen come in proper sporting outfits that are crafted with silk and tweed. They took part in different competitions and the winners are awarded with different prizes. Most famous competitions held on this day are “The Three-Trousered Lambo”, “Umbrellas”, and “Bounders”.

This holiday is celebrated in the USA in the state of Georgia. It was first started back in 1996 where organizers were expecting only 500 people will arrive but it turned out to be 5,000 people. Since then it has become the biggest holiday festival where around 95,000 people took part last year. This game is held on 10th of July every year in Georgia. Americans arrange competitions by flopping into liquid clay.

9. March of the Zombie

The holiday, also native to the States, is celebrated with people dressing up as zombies to find victims in the event. In terms of clothing, everyone uniquely dress up in their own way: for example, someone puts on a bloody wedding suit, and someone draw living corpses on the suit. It was started back in August 2000 but at that time it was not famous. From year to year, people took part and on 29th of October 2006, the very first Zombie walk record was set with 894 people. That event was Guinness World Records certified held at Monroeville Mall outside of Pittsburgh.

This is a Latin American holiday that is celebrated every year on Eastern Island during the 1st half of February. On this event people worship their ancestors. It is celebrated by the people of the Chilean Easter Island, dancing in smart clothes. They also organize a banana race. All this is led by the queen of the holiday, who is elected according to two criteria – beauty and diligence.

Aphelion is celebrated in Scotland – in the city of Lerwick, in which the Vikings once landed, in whose memory they organize a holiday. Locals create a model of the ship of these sailors, dress up in their costumes and walk through the streets with torches and traditional war bugles. So the Scots carry the ship to the sea. Carrying it through the whole city, they burn it on the seashore. This event happens on 4th of July every year.

With regard to unusual holidays, Russia also took part. And not only Russia, but also Ukraine and Belarus. It is an East Slavic pagan holiday, celebrated in the summer on the shortest night of the year, dedicated to the summer solstice (when sun reaches it most northerly and southerly point). People celebrating it jump over bonfires, sing, play and guess. It is believed that all the forces of nature on this holiday are useful. This event starts on 6th of July and end on 7th of July evening.