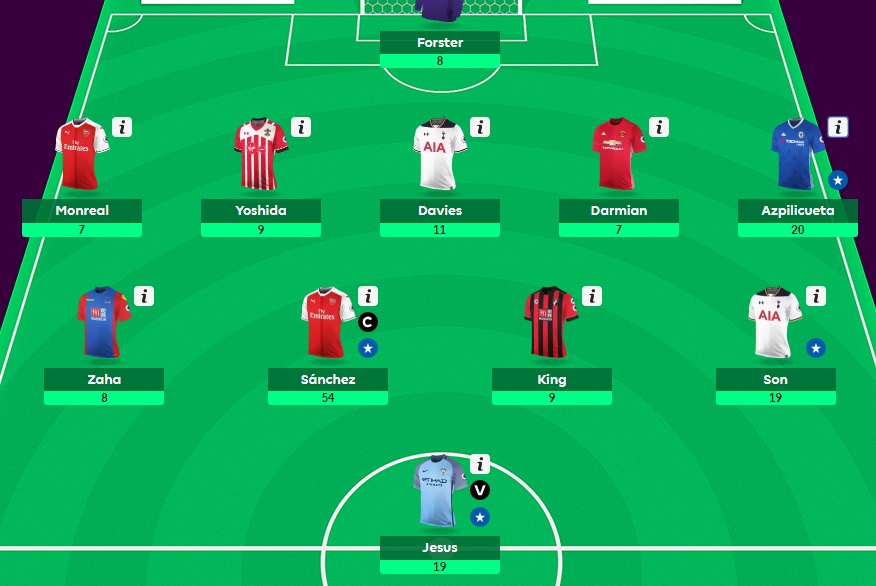 Fantasy Premier League has a unique and (slightly) complicated way of calculating and assigning points to players. As a manager, you need to have a fair understanding of how the points are hashed out, but with matches having so many moving parts, and with certain situations never exactly clear-cut, it’s easy to get confused as to how the point system works.

Do not fret. Below is a detailed look at how points work (as explained on the official FPL website) plus an explanation of how to use the Drafthound Predicted Lineups for Premier League to increase your odds of scoring more points.

During the season, your predicted lineup (which is composed of real-world Premier League players) will be given points based on their performance in the Premier League.

Your players gain points for scoring, for playing a certain number of minutes in a match, for assists and clean sheets. Depending on their positions, the scores will vary. For example, the further down you go (from forward to midfielder to defender and goalkeeper) the more points a player earns when he scores.

Points are lost when a player receives a red card, yellow card, misses a penalty, scores an own goal or when a keeper or defender concedes a goal.

Bonus points are awarded to the best three players in every game.

FPL awards points for clean sheets when a player (from your predicted lineup of Premier League players) does not concede a goal during at least 60 minutes of play (excluding stoppage time). If a player has been substituted when a goal is conceded, his points are unaffected.

Red card deductions include any points deducted for yellow cards. This means that a player cannot be penalised for two yellows, as opposed to a straight red.

Points for assists are awarded to the player from the goal scoring team (your lineup of predicted Premier League players) who makes the final pass before a goal is scored.

The assist points are awarded whether the pass was intentional or not.

If one of the opposing players (say player B) significantly touches the ball after the pass has been made, no points are awarded (because that just means that player B is the one who made the assist).

If the goal scorer loses and then regains possession, that does not count as an assist.

If your player (player A) shoots or passes the ball in such a way that causes an opposing player to score an own goal, then player A gets assist points.

When there is a penalty or free-kick, the player (player A) who earned it is awarded assist points if a goal is directly scored (by whoever took the penalty), but if player A takes the shot himself, he is not given any assist points.

There are other rules on finalizing assists and bonus points on the official FPL website.

How to make good player predictions

One way to choose good players that will help you rack up points is by choosing players who are sure to be on starting XI. To do that, you need to be able to accurately predict based on news, statistics, interviews and gut feeling.

If you are not confident in your predictions, however, you can check our Predicted Lineups page. These predictions are made by experts who have studied statistics, the news and the players, so you can’t go wrong by following them.