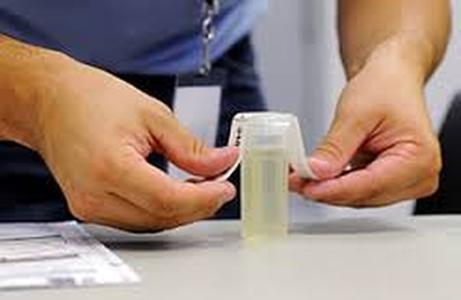 Substance abuse — be it alcohol, illegal drugs, or prescription medications — poses huge risks for all businesses. As a result, employers pay billions of dollars each year in healthcare costs, lost productivity, and lawsuits.

If you think your company doesn’t need to drug test, remember that the majority of drug abusers are employed. A strong drug testing program will weed out problems before they cause any harm.

When a worker in a field not under the control of the U.S. Department of Transportation is subjected to a drug test, it is referred to as a non dot drug test (DOT).

In terms of drug testing, there are two universes. The way that testing is governed also differs.

For sectors under DOT regulation, the first rule is applicable.

The DOT controls your drug testing whether you work as a pilot, truck driver, or railway conductor. The “regulated” group would include you.

However, they are regarded as non-DOT and may still be subjected to drug testing in all other industries for everyone else. Non-DOT drug testing is the name given to testing performed on workers in an unregulated business.

Each workplace has its own policies on non-DOT drug testing. A drug testing program’s management and operation are decided by the company, depending on its requirements.

This is outlined in the drug testing policy of reputable businesses. Employers can choose the kind of testing as well as the frequency and scheduling of it.

After considering all applicable legal requirements and factors, they might decide to test oral fluid, hair, urine, or a blend of the three.

The Substances Tested in DOT and Non-DOT Examinations

A 5-panel test is used in DOT drug tests. In a 5-panel test, the following are screened for:

In addition to the chemicals mentioned above, a non-dot drug test may also utilize a 10-panel test, which additionally covers benzodiazepines, barbiturates, methadone, propoxyphene, and quaaludes.

It is up to the employer to choose which drugs they wish to test for when conducting non-DOT drug tests.

What kinds of non-DOT drug tests are there?

Various drug tests are characterized by the time the test is conducted, even though the real test is the same.

A lot of businesses now demand that all new recruits pass a drug test before they begin working. You have the opportunity to prevent recurring users from joining your workforce. You don’t want a candidate on your payroll if they can’t abstain sufficiently long to pass a test.

If you want to use this sort of exam, make sure your supervisors are equipped to recognize irregular conduct. They are only carried out when a corporate representative has solid evidence that an employee may be impaired.

These tests are typically performed in the wake of incidents that result in fatalities and serious injuries or that may trigger claims for workers’ compensation.

Knowing if the accident’s cause was under the influence is crucial information for the employer. Your drug testing guidelines must specify when these tests will take place in order for the tests to be completed before any drugs have had a chance to leave an employee’s system. You can miss a positive test outcome if you don’t have a sound methodology.

Depending on the requirements of the business, these tests could be carried out monthly, quarterly, or even yearly. An algorithm in computer software chooses names at random. Given that employees can’t predict when they’ll be tested, this kind of testing discourages drug usage among staff members.

If an employee passes a Return to a Duty drug test and is given permission to resume work, you could think about doing follow-up testing over the course of the next year to be sure they haven’t started using again. This necessitates screening the employee many times at random.

If you allow a worker to come back to work following a positive drug test result, you should conduct another test to ensure they are not still abusing drugs. This test could also be necessary to ensure that an employee is not affected by prescription medications when they return to work following an accident.

What Should Be Included In a Drug Testing Policy

This serves as an explanation of the company’s drug testing policy. This goal can be to uphold workplace safety and efficiency, or it might merely be to comply with relevant legislation, contractual obligations, or insurance provider requirements.

According to the majority of state drug testing regulations, policies must specify precisely who is protected. That includes identifying job seekers, full- or part-time employees, or merely those in tasks that require special attention to safety. The job of the person being tested must be specified.

Employers must make it crystal clear that failing a drug test would be considered a breach of company policy. Violations should also include other drug-related actions, including selling or possessing drugs, as well as attempting to evade a drug test.

What Tests and When:

Describe all the tests you intend to do, whether they are pre-employment, based on a reasonable belief of guilt, post-accident, randomized, or a mix of these.

Since there are several state regulations that might influence the type of punishment you can apply, make sure to consult your legal counsel before developing this section.

At first glance, this could seem like a lot of labor, but there is also the matter of legal liability. Numerous lawsuits may be avoided by a policy that clearly outlines drug testing.

Employers can benefit from a robust drug testing program in a number of ways.

For businesses of all sizes, drug misuse results in a lengthy list of problems. It can even put individuals at risk. It might also affect staff morale and productivity. However, working with a reliable drug testing business will assist your business in reducing hazards.