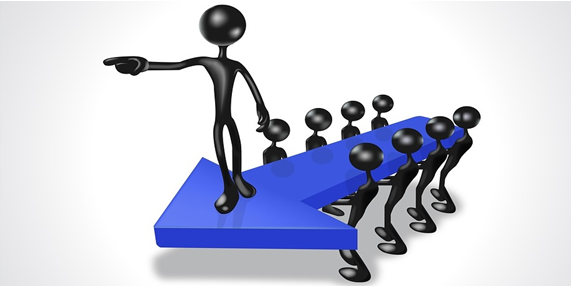 Leadership traits are universally admired and are mostly an innate talent, but are they replicable? The answer is a definite yes. Since a good or great leader is a collection of his leadership skills. And skills, being parameters of human potential, have the capacity to be acquired and developed. Therefore, just like every other set of skills out there, leadership skills are not only acquirable but can also be maximized out of their latent state.

Here are some behavioral and intellectual areas to work upon when it comes to developing leadership skills.

As startling as it might sound, being perceptive is also a matter of effort. You start by noticing things around you; that is to say – you make yourself aware of the people’s behavior patterns and whatever situations that may arise based on that. It will help you understand people more and will also provide you room for bonding with them. A good leader isn’t altogether didactic and authoritative but also sensitive and level-headed enough to handle a balance between his intellect and emotions.

While it’s feasible to argue that developing an admirable personality is key to good leadership, but even more so than that, you’ll have to learn to establish a personality that both compromises and rebuts as per situational needs. That is only possible when you start noticing the flaws and qualities of those around you.

Get a formal training

Many people go out of their way to get formal training to develop their leadership skills as they are more or less applicable in almost every career. However, if you are aiming to go for a career that will strictly rely on such skills, then going for formal training or education is a must. A structured program like some online MPA or other such equivalents will boost your potential as a leader. So enrolling for formal training in some college or institution is always great since they will cover a wide range of skills which might not be possible to develop on your own.

Pragmatism is an essential part of leadership skills, and it is a skill.  That is why you will have to learn not to shy away from communication or interaction, but rather delve into these character traits as much as possible.

A leader is at the center of everything; thus, heis compelled to instruct tasks, suggest ideas, and solve problems. This all requires an ability to not only articulate your thought-processes but also tailor them in a way that is acceptable to others. The more you communicate clearly, the more your interaction with others will prove effective. Both communication and interaction are interdependent and instrumental in determining your pragmatism.

Although not as outwardly visible as some of the other skills, strong worldviewsare crucial in developing your leadership skills.  It means being knowledgeable not only about your area of expertise but also things in general.

Often, your job as a leader will put you in a position where you’ll have to draw arguments or even make lengthy speeches to make your case. It does not mean that one has to make a philosopher out of oneself. But a well-rounded view of things around you, be it via politics, literature, or ethics, will serve as a strong pillar to your qualities. People are drawn towards a knowledgeable person and instinctively put trust in their views.

Simple as it might sound, abiding by discipline is very important if you are to hone on your leadership skills. Your discipline show cases the integrity of your character. An inconsistent and contradictory person is hardly taken seriously, and your lack of discipline might as well lead to such. That being said, a disciplined person will inevitably inspire the same in others.

As a potential leader, you must start thinking strategically. It means approaching things systematically and weight out decisions that are in the best interest of everyone around you. Strategic thinking is an individual process in which decisions are the result of your own thought-synthesis. To be able to think for yourself and act according to the demands of the situation are perhaps the most useful skills in leadership. This characteristic will foster productivity in your workplace or organization.

One can spell out many leadership skills and many ways to develop them. However, the above discussed are some of the most definitive ones in determining your character as a leader. While the idea of ‘an inborn leader’ can sometimes seem all too overwhelming, owing to its almost esoteric origins. It should also be kept in mind that any leadership is the sum product of its particular skills. And skills, as argued throughout, are a little more than your invested efforts and thinking, regardless of how tricky and daunting it might seem at first glance.