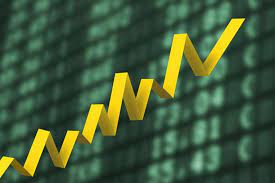 One of the most well-known stock indexes in the world would have to be that of the Dow Jones Industrial Average. This is one index that will track the stock market performance of thirty different well-known American companies. All of the companies on this list are traded publicly. This means that their stock is available either through a stock broker or in some cases even directly from the company itself. There is the possibility of buying index funds that will track the performance of more than one market index, up to and including the Dow index.

Today’s Dow Jones is very exciting indeed. The Dow will include such companies as 3M, Apple, Boeing, Caterpillar, Goldman Sachs, Coca-Cola and many others. Incidentally, the first company to be included in the Dow Jones was actually ExxonMobil (then called Standard Oil) in 1928. Because the Dow Jones offers you options, you probably are interested in investing in this index. Here are some things you need to know to get started.

Three words: Knowledge. Is. Power. If you are looking to invest in something, the best thing to do is study it as much as possible before you risk your money. The Dow Jones Industrial Average is not really an entity where you can simply trade stocks. Instead, you would buy ETFs (learn about ETFs here) or mutual funds that would “mirror” the action of the Dow. That’s one way to invest, but there are several other ways:

In today’s Dow Jones market, one of the easiest ways to get in on the Dow investment game would be through an exchange-traded fund. According to Money Morning, “So, you can’t actually buy Dow stocks. But, you can buy mutual funds or ETFs that have portfolios structured to mirror the performance of the Dow.” Additionally, one of the easiest ways to do that would be through a fund called the SPDR Dow Jones Industrial Average (DIA) and this fund is affectionately nicknamed Diamonds by those in the know. This is an ETF that will strongly reflect the general movements of the Dow, usually having an expense ratio of 0.17% and a yield dividend of 2.1%. If the Diamond fund isn’t quite your speed, don’t fret because there are several alternatives. Additionally, many traders like to employ a strategy called “Dogs of the Dow”, where they simply buy the highest-yielding stocks every year, thinking they are shunned and therefore probably a bargain.

Another way to invest in the Dow would be through Options Contracts. Dow Options are a great way to trade on the Dow index because it doesn’t require as much capital and the risk is much more manageable. Of course, there are several ways to go with these options. Different types would include a “long call” bid if you think the Dow is going to be bullish; a “long put” option if you think the Dow will be bearish; or a “long call bull spread”, where you want to avoid the premiums; or a long bear put spread, where you are bearish but yet again want to avoid the premiums.

Another option for trading on the Dow would be a “Futures” option. Simply put, a “future” on the Dow is simply a written agreement between two parties to sell or buy an underlying at a predetermined price at a date in the future.

As you can see, the Dow Jones can be a fascinating place to cut your teeth or continue to build your investing portfolio!