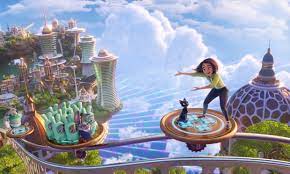 On August 5, 2022, “Luck” premiered exclusively on AppleTV+. This release is a long-awaited moment. It is John Lasseter’s first release with Skydance Animation and his first release since leaving Disney and Pixar Studios. The release date was pushed back multiple times due to COVID-19, but finally, it made its premiere and is receiving good reviews. Read on to learn more about this film and the importance of its release.

Who Is John Lasseter?

John Lasseter has played an important role in the world of full-length feature animated films. He has been involved in writing, directing, and producing some of the best-known movies by Disney Studios and Pixar Imagination. Some of the movies include “The Toy Story” movies, “A Bug’s Life,” “Monsters, Inc.,” “Finding Nemo,” “The Incredibles,” “Cars,” “Wall-E,” “Bolt,” “The Princess and the Frog,” “Winnie the Pooh,” “Wreck-It Ralph,” “Coco” and “Frozen,” along with many, many other films. However, in 2018, Disney, Pixar, and Mr. Lasseter parted ways. John Lasseter then signed a contract with Skydance Animation Studios.

Why Is the Release Important?

The release of “Luck” is so important for two very important reasons. First, “Luck” is the first studio release for Skydance Animation, a part of the successful Skydance Media Company. Secondly, “Luck” marks the first studio release for John Lasseter since he parted ways with Disney and Pixar Studios. Both Disney and Pixar movies have long been said to be the cream of the crop when it comes to animation movies. But, many wonder if the decades of success are attributed to Disney itself or Mr. Lasseter. Now that the parties have parted ways, critics will be able to assess Mr. Lasseter’s talents away from the Disney and Pixar studios and see just how successful Mr. Lasseter can be without Disney and how successful Disney can be without John Lasseter.

What Is ‘Luck’ About?

“Luck” is a feel-good movie about people’s luck and how quickly it can change. The movie follows a young and unlucky child who is finally leaving foster care and heading out for life on her own. She feels like she has had bad luck all of her life, and she goes out on her own, determined to blaze a new path and change her luck around. While she is on her journey, she learns a lot about life, including some secrets to being happy and embracing the ups and downs of life.

What Do the Critics Have to Say About ‘Luck’?

The film has had a lot of buzz surrounding it since it was announced that Skydance Animation and John Lasseter had teamed up for “Luck.” As such, there was a lot of weight on both Mr. Lasseter and the animation studio to ensure that the movie was a winner. And it seems that they have both risen to the occasion. Critics have universally loved the movie and rated it a win for Skydance Animation. The movie has amazing animation, a great story, and fun songs and dance numbers. The movie also has some jokes that even adults can understand and giggle along with, making it a win-win for families of all ages. “Luck,” a production of Skydance Animation and Apple Original Films, has experienced many delays due to the coronavirus pandemic. However, the movie, which has been long-awaited as it is John Lasseter’s first film since being with Disney and Pixar, finally made its premiere on August 5, 2022. The film was well received, and now many are awaiting the other films that will be coming out as part of this partnership between John Lasseter and Skydance Animation. The next film that is set to be released is “Spellbound,” a film that is once again set to be released on Apple TV+.