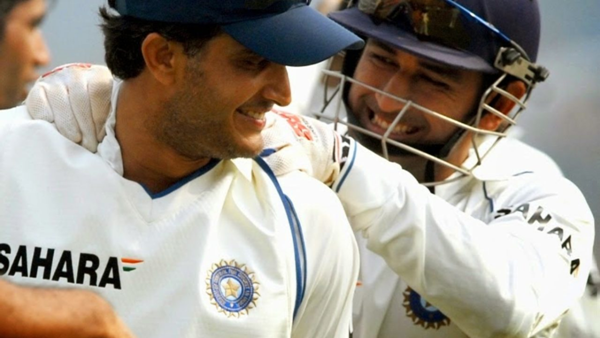 Cricket is a game where captaincy is one of its most important aspects. There can be no better example of captaincy than Dhoni and Ganguly considering the stature of Indian as well as world cricket. They are the definition of “Captain leading by an example” and the sheer nonchalance and panache of their captaincy is unmatchable.

As we all know he is one of the most successful captains that have ever graced the game of cricket. M.S. Dhoni was born on 7th July, 1981 in Ranchi, Jharakhand. After facing some struggle in domestic cricket, he finally entered the International fields in 2004 against Pakistan. He did not have a great debut as he ran himself out. After some great performances and his unusual style, he became an International sensation. But, the best was still to come as he was given the captaincy of Indian Cricket Team for the first time in the 2007 T20 World Cup. He had huge amount of pressure on him as India had a heart-wrenching exit from the 2007 World Cup as they were defeated by Bangladesh. Dhoni showcased his brilliant captaincy skills in the T20 World Cup as India became the World T20 Champions after beating Pakistan in the Finals.

But, this was just the beginning of his successful captaincy career as he went on to win the 2011 World Cup and 2013 Champions Trophy to become the first and only captain to win three different ICC tournaments. After such huge amount of success and because of his cool and calm head in under-pressure situations, he was given the tag of “Captain Cool”. He also showed his captaincy skills in IPL as he lead CSK to become one of the most successful IPL teams. Dhoni was not only a great captain but one of the best wicket-keeper batsmen too. One of his best innings came in the Final of 2011 World Cup as he managed to score a brilliant 91 as he promoted himself above Yuvraj Singh who was in red hot form in the World Cup.

He also has a great T20 record as he has won 41 matches out of the 72 matches he has led in.Under MS Dhoni, India remained at the top of the Test ranking for 18 months. He also became the third skipper to have won 100 matches after Australia’s Ricky Ponting and Allan Border.

Indian Team was always considered to be one of the best teams on home turf but the away record of Indian team used to be terrible. The players also knew that if they can draw a Test match outside India, it will be their biggest achievement. But, then arrived, the bold an aggressive SouravGanguly, to change the fate of Indian cricket team. He taught his team that they also can win matches outside the sub-continent.

Ganguly was born on 8th July, 1972 in Kolkata, West Bengal. He was one of the most gracious left-handed batsmen to ever play the game of cricket. The scale at which he played his game was unmatchable. He was given the captaincy of Indian team after Azhar indulged in a fixing scandal and Sachin was termed “Too good a player to be a good captain”. Giving captaincy to Ganguly turned out to be the best decision as he completely changed the mindset of players and gave them a winning mentality.

Ganguly also achieved massive feats as a batsman as SouravGanguly is the only cricketer to win four successive Man of the Match (MoM) awards in ODIs. Ganguly earned these four MoM awards between 14th September and 21st September 1997. He also scored maximum number of centuries (3) by a captain in World Cup 2003. He has scored more than 11,000 runs in One Day cricket and is also known as “Dada” of cricket.

Ganguly went on to become one the most successful captains of India in the longest format of the game till date, guiding the side to 21 out of 49 Test matches win. 15 of those Test matches that Ganguly led ended in a draw. He was also the most successful Indian Test captain overseas with a total of 11 victories.Ganguly had also led India to 146 matches in the One-Day International (ODI) format, leading the Men in Blue to 76 wins and 65 defeats.

Keeping in mind the legendary status of Ganguly and Dhoni, if we compare their captaincy records, Dhoni has been a successful captain if we consider the team’s performance in ICC tournaments. But, if we consider overseas performances and bilateral series, Ganguly is unmatchable. It is not right to compare Ganguly and Dhoni as they had different styles of leading their teams. Ganguly was an aggressive and bold captain who would take out his shirt in the Lord’s balcony just to show Andrew Flintoff his place whereas Dhoni was cool and calm headed who would just pick up a stump after winning the World Cup.

If we try to compare the batting stature, Ganguly was a much greater batsman than Dhoni. But, they cannot be compared as Ganguly was a top order batsman and Dhoni used to play as a finisher. One had the art of breaking partnerships whereas the other had the art of keeping wickets. Both Ganguly and Dhoni are successful in their own space and they would always be considered as one of the best captains in the history of Indian cricket.