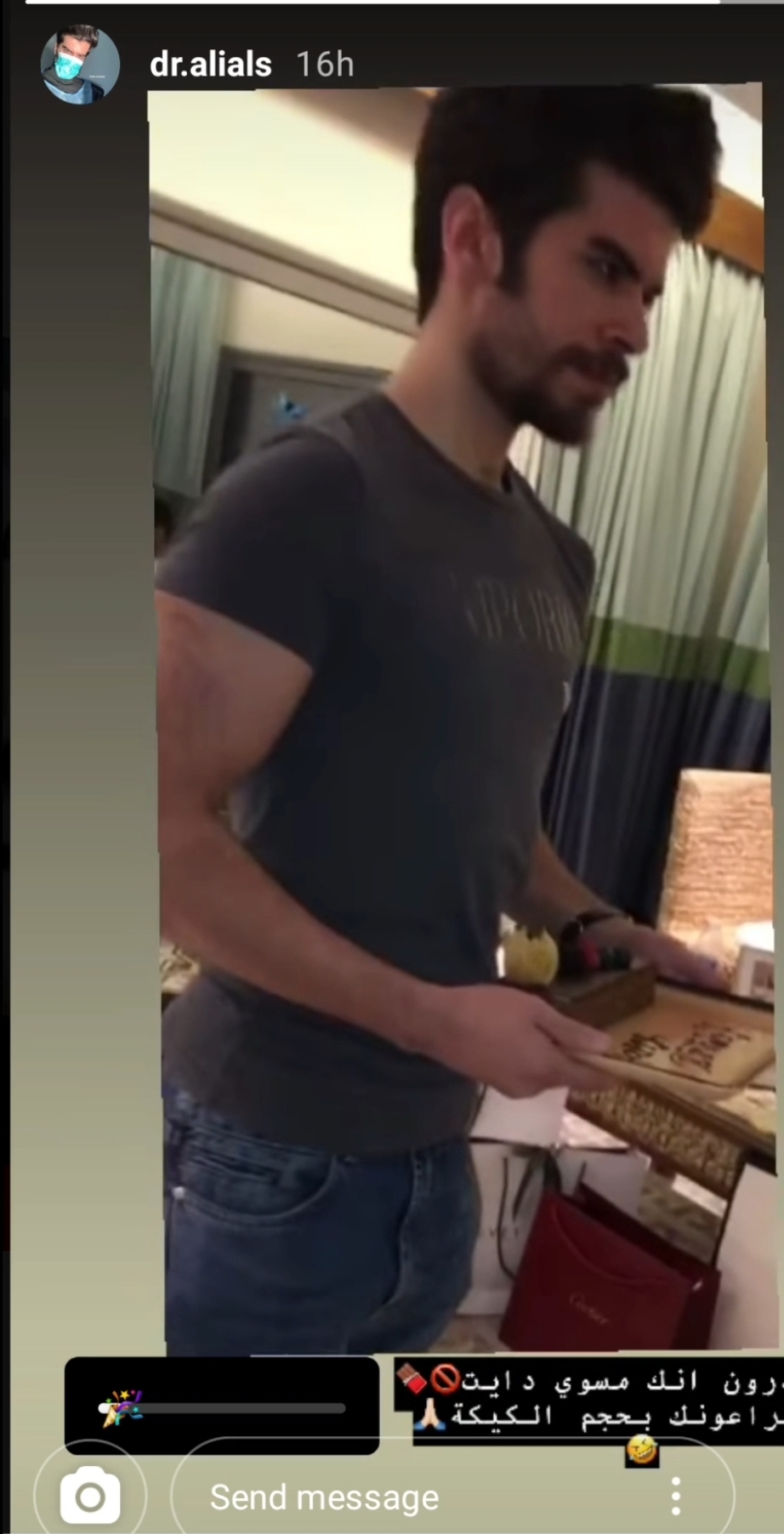 If not being ranked remarkably high in a variety of categories in different extremes such as Football Freestyle, dentistry, modeling and social media at such a young age! Not considered impressive! Then may I ask what is impressive then?

Dr. Ali AlSaqoby with no doubt, has made the best out of his early twenties, creating an impressive reputation over the years, by dedicating his time in inspiring the youth, and also influencing them to make the right decisions in their life and generally being productive. Not to mention his well acknowledged achievements mentioned prior in the media.

Furthermore, his fantastic character, charisma, work, looks and accomplishments has facilitated his job in leaving a positive impact on the society.  Positively creating a perfect example for youngsters to look up to.

Needless to say, his fans were looking extremely forward for his special day, creating admirable fan videos of him. This is seen in his Instagram account stories (@dr.alials) he shared and also, found in the tagged section of his account. Although, in Arabic language, the emojis and uplifting video edits says it all!!

Well deserved! With such a unique character that is not only fighting Covid-19 along with other blessed healthcare workers. But also, educating and entertaining his following base. Which will be explained further in this article.

After doing a brief research, it appears that Dr. Ali AlSaqoby popularity begun through his constant media presence, as a public figure. Even before, social media was so commonly used compared to current. Therefore, fortunately, with the increasing popularity of social media, his other talents and attributes came beautifully together later, leading to his subsequent rising  social media popularity and fame. Impressive also, to be able to successfully obtain, his Masters in dental surgery from a very respected British university in Leeds. During his studies, he also, achieved a prize as a second place in dental students’ talent competition.

Although his studies were relatively demanding, he still managed to make a big name for himself in the Freestyle Football world, His previous incredible achievements and insightful expertise, served him well to be qualified as the current Football Freestyle president in Kuwait after graduating as a dentist. Moreover, for every achievement there is a corresponding coverage from Arabic media and also, occasional features in global news.

His recent appearance in the press was shared very recently in his snapchat, showing a couple of Kuwait based newspapers writing about him. Although, all shared articles were in arabic. Luckily, there was one in English that is stating he is organizing a national and even higher-level tournaments. The article can be found here http://www.arabtimesonline.com/news/kuwait-to-organise-national-and-arabian-championships/. It appears to be that this source is coming from the number one English newspaper in Kuwait.

Furthermore, it is just a single accomplishment added to his list of previous successful event organizations in the field of this sport, as the person in charge. For example, He also self-organized the official national Red Bull Street Style Competition in which he was also the Head Judge that chose the winner to represent Kuwait, in the Red bull World Finals that was held here in the USA.  We do not know what the youth has in mind in the future, but sure with his outstanding potential, there will be nothing less than ideal to be expected from him. So, we wish him luck in his new year to continue inspiring the younger generations.