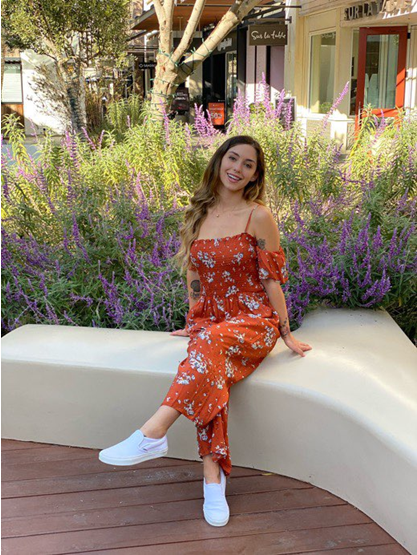 Riley Summers. That’s the name of one of the fast-growing Instagram models and influencers this year. At around two million followers, she has shown just how fast you can become a sensual sensation on this major social media platform. At only 21 years old, her success is only just beginning.

To understand how Riley became so popular, we need to know her story a bit more. This is a girl who was born in the small town of Tarzana, CA, and graduated high school with a decent GPA. Instead of going straight to college, she landed an incredibly rewarding job with a spiritual healer and holistic advisor. Besides advising other people and helping them improve themselves, they gave Riley some essential life advice as well.

The more she learned, the more she came out of her shell. You can go ahead and take a look at Riley’s Instagram page and see that she is someone who is no stranger to the camera. In fact, she has hundreds of photos and videos for all to see, of her expressing herself in an incredibly courageous and stunning way.

At that first job out of high school, she learned how to overcome her struggles with self-confidence. She used to be an incredibly shy girl, and it took a lot to get her to come out of her shell. However, once she was out of it, she was known as an incredibly wild and adventurous girl. The key was to find a way to come out of that shell and be her fun and exuberant self all of the time. That required a simple mind hack.

Today, Riley helps others overcome their issues with higher self-confidence. She is giving people a reason to not feel bad about themselves. Knowing this is one of the major advantages and rewards of her career as an influencer. True to its name, she is influencing people to express themselves as they wish they could, but are having a mental block in the way of doing so.

Riley’s fanbase is climbing every day. She consistently receives tens of thousands of likes on her Instagram page. Even her oldest photos back from February have quickly garnered 20,000+ likes. She’s still early on in her new career, which means her rise in popularity and positive influence has only just begun.

Now living in Hollywood, Riley has become the kind of star she always believed she could be. What it took for her to accomplish that was to believe in herself more and stop living by what others thought of her. She knows that her life is hers to live, and she’s going to live it the way she wants. As someone who is deeply fulfilled with her life, she wants to help others live their best lives as well.

Riley is one incredibly successful Instagram model and influencer that you should definitely check out right now.