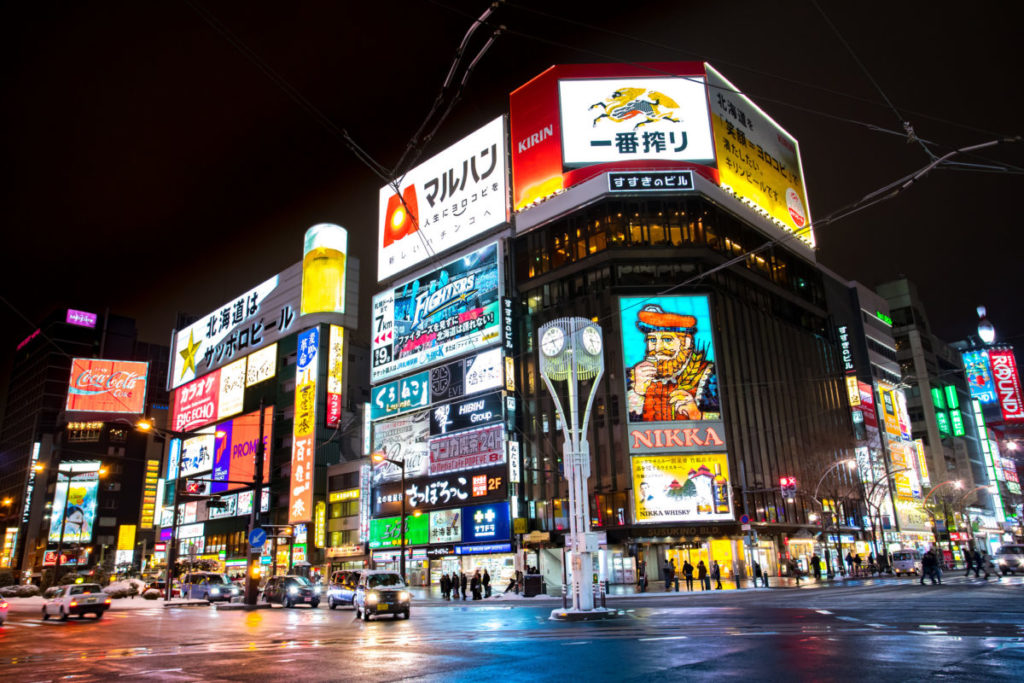 When you think of Japan, you might probably picture Tokyo, it’s capital. In its pictures, Tokyo, the capital of one of the most technologically advanced countries of the world, looks like a place from the future. Or maybe you think of Osaka, known to be the economic hub of the country.

But today, instead of Tokyo or Osaka, let us explore one of the lesser known cities of the country, Sapporo. So, settle comfortably with Cathay Pacific, as we fly into Sapporo, and learn more about this city.

Sapporo is the fifth largest city in Japan. It is the capital of Hokkaido, the northern island of Japan. Compared to the rest of the cities in Japan, Sapporo is a new city, officially established only in 1876.  The city is laid out in an unique grid pattern, so it is easily navigable.

Through the months of summer, Sapporo witnesses pleasant weather with the average temperature hovering around 30 °C. In winters, the temperature is almost always below the freezing point, and due to the Siberian currents, Sapporo experiences snowfall on a daily basis.

The cold climate of the city has allowed it to host many winter sporting events. It hosted the 1972 Winter Olympics, the first Winter Olympics to be held in Asia. It has also hosted three sessions of Asian Winter Games: 1986, 1990 and 2017.

Hokkaido is often referred to as the ‘Kingdom of Food’ due to the various delicacies that are home to the region. Sapporo, being the capital of Hokkaido, certainly has dishes that will leave your taste buds craving for more. The cold climate of the city, coupled with the surrounding sea, offer a thriving habitat for sea food, and hence, it has a wide range of sea food to offer. So, if you are in the city, these are some of the dishes that you should not miss out on.

Crabs: There are various types of crabs you can gorge on- the huge King Crabs, or the Snow Crabs harvested in winter, or the Hairy Crabs, marked by the growth of hair on the shell, are just some of the popular ones, which you can easily find in the city.

Miso Ramen: Ramen with a broth base made from Miso paste.

Shiroi Koibito: It is an original recipe consisting of langue de chat biscuits with white chocolate sandwiched in the middle.

Sapporo Breweries is the oldest brewery in Japan, and it manufactures Sapporo Beer, which is the best selling Asian Beer in America. There are many breweries in Sapporo where you can observe the complex process of brewing. Sapporo also houses the Sapporo Beer Museum which tells the story of how beer-making started in Japan, and how it has progressed with time.

Sapporo receives almost 5 metres of snowfall every year, which makes it a perfect place to organise a snow festival. It is a 7 day long festival held in the month of February. It is an exhibition of ice sculptures, in different shapes and sizes. It is held over three different sites: Odori Park, Susukino and Tsu Some.

So, the next time you start planning for a vacation, do not forget about this unique place, settled quietly in the mountains of the Northern island of Japan. Stroll the streets of Sapporo, and soak in the charm of this unsung city.