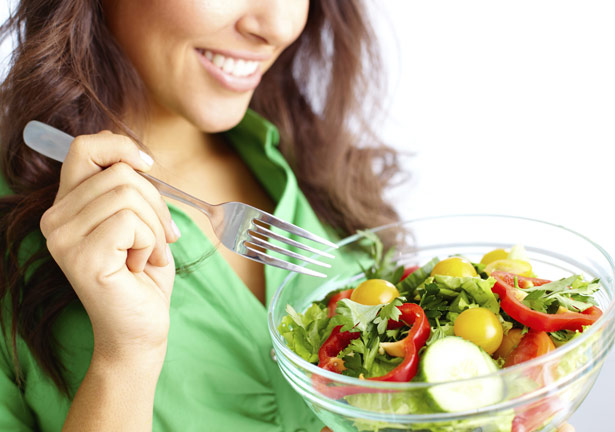 Getting old healthy: Those who want to achieve this have their happiness in their hands. A study shows that even a handful of healthy habits can have a measurable positive effect on life expectancy. According to the study, five factors – including a healthy diet, enough exercise and no smoking – significantly prolong life: by more than ten years. According to the researchers, this shows how important prevention is.

So much seems clear: Who moves sufficiently, healthy nourishes and does not maintain bad habits such as smoking, does its body something good. Our lifestyle alone can prevent obesity and numerous illnesses – and ultimately prolong our lives.

But what are the concrete benefits of such healthy behaviour? This is the question scientists around Yanping Li from the Harvard Chan School of Public Health in Boston have asked themselves. To find out, they evaluated data from two US long-term studies with 78,865 women and 44,354 men, each accompanied for about 30 years.

For the study, the participants had provided numerous data on their behaviour in everyday life and their health. Lis’ team was particularly interested in five factors: Were the test persons non-smokers, did they have an ideal body mass index (BMI), did they only consume alcohol in moderation, did they exercise for at least 30 minutes a day and did they eat a healthy diet?

The researchers expect such a lifestyle to have a positive effect on health and thus on life expectancy. In fact, the evaluation showed that the risk of dying during the study period as volunteers who did not meet any of the requirements was reduced by 74 percent if all these five things applied to them. With regard to deaths from cardiovascular diseases, the risk was even reduced by 82 percent.

Using their data, the scientists also calculated the life expectancy of the participants: At the age of 50, this was 29 years for women and 25.5 years for men – if they did not show any healthy behaviour. With every healthy habit, however, life expectancy increased.

Those who fulfilled all five factors had a life expectancy of 43.1 years as women and 37.6 years as men. In other words, women gained on average fourteen years of life, men twelve. According to the team, these figures provide impressive evidence of how much prevention can bring: “The study underlines the importance of a healthy lifestyle for life expectancy,” says Lis’ colleague Frank Hu.

So anyone who wants to live a healthy life as long as possible can do a lot for it themselves. The problem: “Particularly in the USA, only a few people maintain a healthy lifestyle,” says Hu. Perhaps it motivates some people to find out how many years of life can be gained with the help of simple measures.

However, the results are also particularly important for decision-makers in the healthcare sector, as the scientists emphasise. “Prevention must always come first. Prevention through lifestyle changes has great benefits and can have a positive impact on the incidence of chronic diseases and thus on health costs,” they conclude.