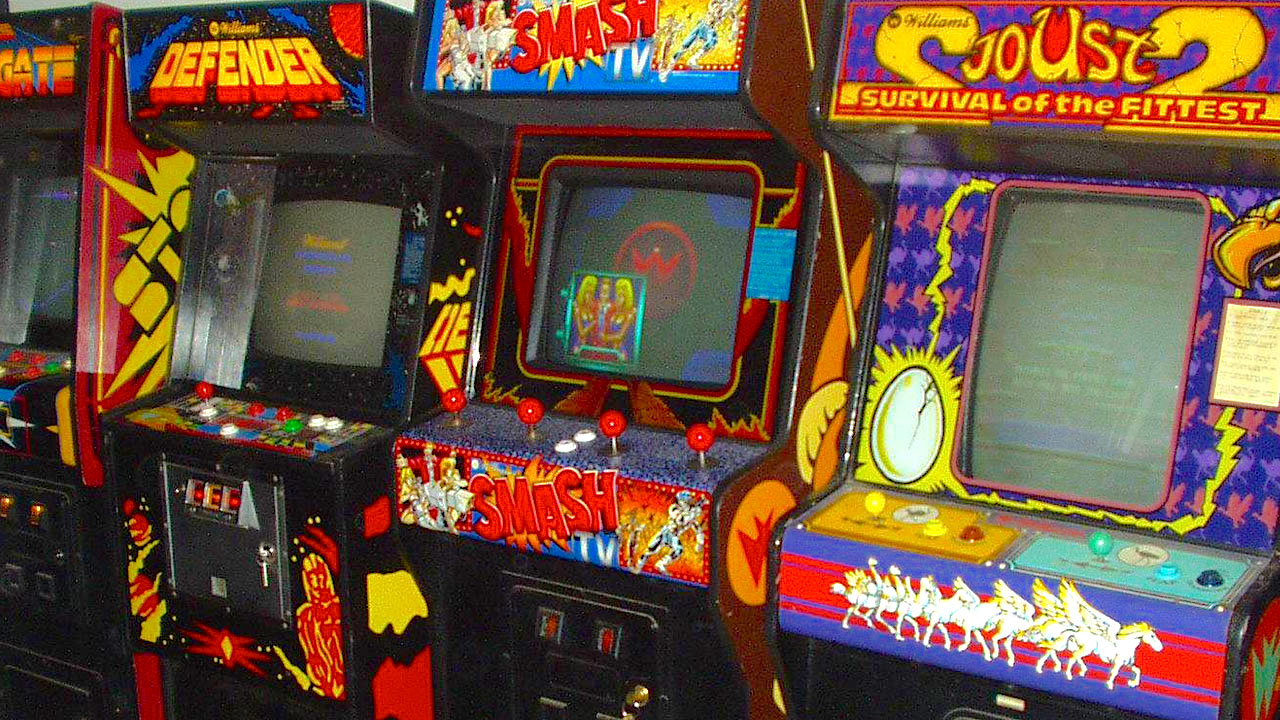 In the early 70s, arcade games were not very popular, however, thanks to some hit titles like Pong and Breakout, arcade games started to make a decent fan base by the mid 70s. But people hearts at the amusement arcades and other places still belonged to Pinball. Then in 1978, came a game that revolutionized the arcade gaming and it created so much hype that it brought a shortage of coins and arcades were turned into video arcades. The Game was called Space Invaders which then turned to be one of the most successful arcade games of all time.

Space Invaders didn’t include a ship moving through space, instead, they used a cannon which is positioned in the bottom of the screen and moved side-to-side firing away on the invading alien fleets. There is a total of 5 rows, each row including 11 alien invaders, who creep from one side of the screen to another.  All these alien invaders fire at the cannon as they approach towards it downward. While they come closer to the cannon with every step, their speed increases and destroying them becomes even more difficult. The game also features a flying saucer, known as the “Mystery” that appears on the top of the screen at random times, firing at the cannon.

The cannon is controlled by the arcade player and it can only fire one shot at a time. In the meanwhile, the cannon has to tackle the enemies’ fire as they approach closer to it. In order to survive and to avoid getting wrecked, the gamer must dodge all the alien fires or hide the cannon beneath the barriers, and be noted, these barriers can be taken down by enemy’s as well as the player’s fire.

The player is given three live which can be lost if the cannon is hit by enemy’s fire or if the alien fleet invades the screen by reaching the bottom of it. A level is won by destroying all the ships and each new level comes with an increase of fleet’s speed.

Although there were shooting games present before the release of Space Invaders, but this game had so much new to offer. When the game development was still in its birth stages in Japan, the developer of this game, Tomohiro Nishikado, came up with many innovations. He introduced barriers which upon receiving fires from the aliens (enemy) slowly dissolved, which was never seen in any game before. Plus, the game was also able to save the previous highest score, thus urging players to top it. This made games not a waste of time but a competition instead.

Back in its time, the gameplay was marvelous, it even used the technical limitations of the time very efficiently. By destroying each and every invader, the movement of the ships and the background music both catches up speed. It was probably the first time a game was more than challenging; it was intimidating.

Initially the game was released only in Japan and it was an instant hint. The arcade players were going bonkers over Space Invaders. In no time, it established a supremacy in almost every arcade in which it was installed. You can guess the popularity of the game by the fact that many arcades featured Space Invaders as their one and only game. This game was so much in-demand that there came a shortage of 100-yens coin in Japan.

Soon the blockbuster reached across the ocean and it was released in North America. In no time, it became the heartbeat of arcades across US and Canada. Space Invaders was the new God of arcade players and by the start of 1982, the game collected a revenue of over a billion dollars.

Space Invaders not only proved to be a great success in arcades but it played a vital role in giving home consoles a new life that were on the verge of distinction in 1977.The fresh, exciting and comparatively competitive game play paved way for console makers especially Atari to enter into the gaming market with a new force. After Space Invaders was released on Atari 2600, it made the sales go sky high as over two million cartridges of the game were sold in the debut year.

Many of the shooting games that have been released in the past 4 decades, one way or another, trace their parentage to Space Invaders. The most popular would be the early arcade games like Galaxians and Galaga that almost had the same gaming concept but lead with better and more complex graphics.

You will find many game developers claiming that Space Invaders was a great influence which urged them to develop their own games. Some of the biggest names include Hideo Kojima (Metal Gear), John Romero and John Carmack (Doom), Shigeru Miyamoto (The Legend of Zelda). You will find that all the mainstream first-person shooting games are influenced by Space Invaders.

In addition to consolidating the arcade games as an institution, Space Invaders made its own identity in the pop-culture history. You will find the alien invader icons at many gaming related items and events and they represent the legacy of a game that changed the history of gaming.

You just cannot overestimate the impact of Space Invader on the video game industry, it actually made the gaming industry. Before its release the gaming industry was suffering through a very bad period, all thanks to the low-quality Pong and other clones. People were getting bored and many vendors were quitting to deal in arcade games. But Space invaders breathed new life into the arcade gaming industry, helped reviving the home game consoles and wrote its name in history as the first video game blockbuster.